Experts expect this year’s olive harvest to witness a shortfall by up to 900,000 tons, over half of last year’s entire crop 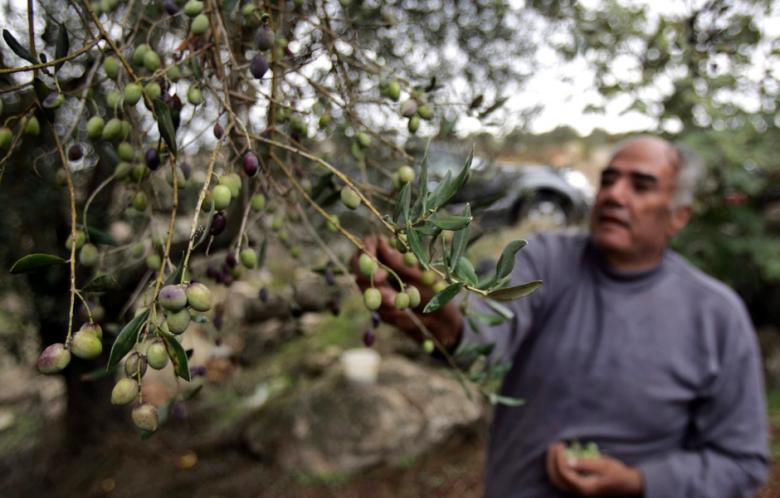 Agricultural experts in Syria expect this year’s olive harvest to be the worst, as the country is expected to witness a shortfall by up to 900,000 tons, over half of last year’s entire crop.

Experts attributed the deficit to a number of factors, including the olive fruit fly as well as drought and the destruction of groves due to clashes in the countryside, forcing farmers to abandon many plantations due to the risk of snipers and land mines.

This year’s harvest came a month earlier than most years, usually from late October to early December, as olives began to blacken early, pushing growers to start harvesting weeks ago.

Abou Jamal, a specialist in olive oil manufacturing, expected the harvest this year to reach to 700-800,000 tons at most, with 200-300,000 tons going to domestic use, and the rest for olive pressing.

He told Iqtissad that the harvest in the country's middle region would not exceed 80,000 tons, compared to 190,000 tons last year. The majority of the amount will be exported to Arab countries and other European countries which host Syrian refugees.

Regarding the price of olive oil, Abou Jamal reported that prices are around 22,000 Syrian pounds ($103) for a 16-litre can of premium oil, almost double that of last year.

Abou Mohammed, who owns an olive plantation of 150 acres and 3,000 trees, said that he expects a weak harvest this year, adding he did not anticipate to get more than 40 cans of olive oil, while last year his field produced 200 cans.

The farmer explained that it is natural for olive tree harvests differ from year to year, as the quantity of harvests can rise and fall.