Men accused of luring Syrian girls into Lebanon for prostitution and then depriving them of their travel documents, according to Lebanon’s internal security forces 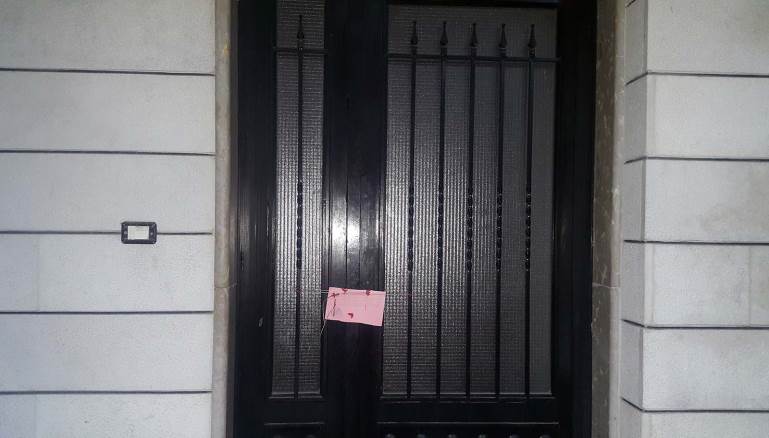 A new chapter in the story of Syrian women being used for prostitution in the Bekaa was opened with the arrest of a human trafficking network composed of a Lebanese and three Syrians which had been active for some time in the region in luring Syrian girls.

Members of the network have confessed to the charges, according to a statement issued by Lebanon’s internal security forces, in addition to one suspect confessing that he had sold a girl to a colleague for one million Lebanese pounds ($660). The suspect added that the person who had bought the girl, identified as Wasfi K., was a Syrian man in this 30s from Aleppo who had been working in Lebanon for more than 15 years, was married and had a four-year-old child.

The house, which the security forces' statement said had been sealed, was in a crowded residential district in the Jellala town in the Bekaa region, and was owned by Lebanese man Mustafa H., who was named among the arrested gang members. Security information said he had been wanted for arrests for drug dealing, in addition to being a participation in running a brothel in the Al-Kerek area and elsewhere.

According to information gathered from neighbors and security sources, Wasfi and Mustafa were the most infamous of the network’s members, while the former had been living in the latter’s home and using it as a place of business.

In contrast to the security forces' statement regarding Wasfi, who was luring girls into Lebanon for prostitution and then depriving them of their travel documents, his neighbors spoke of his good relations in the area, with him inviting some to their homes. This included Ali Salim, who said that he had known Wasfi since before the crisis in Syria, as he was working as a traveling salesman when he fell victim to a traffic accident and began working in curtain installation. He vanished afterward for a while, only to reappear six months ago.

According to Salim, the neighbors grew suspicious at strange movements of women who were frequenting the house. However, Wasfi told them they were relatives from Aleppo, according to the Syrian woman Um Osama, who lived in the apartment above his. All the girls reportedly wore a hijab when they arrived and then removed it later.

Wasfi was arrested about two weeks ago, according to Um Osama, however it was a surprise to her when his house was sealed off on Nov. 8.

Um Osama said that Mustafa’s supposed wife, Basma, was likely also a victim of his acts and his exploitation of the women, whose ages ranged between 20 and 30 years old. The security forces statement said that the suspects had confessed that they lured the girls from Syria and that they had beaten them and made them work.