Opposition press Sada al-Sham describes a Syria whose middle class has disappeared and has allowed low-level traders, gangsters and petty criminals to thrive at the expense of a humiliated population 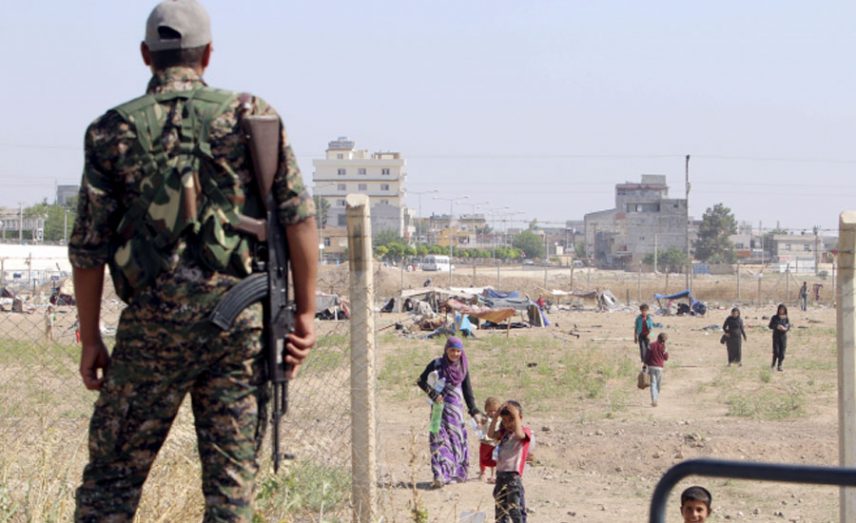 After thousands of Syrians fled abroad in search of a living which could keep them in minimum dignity, the conditions inside the country are grinding to those who have remained in their country, where there is no longer any place for the weak. It is no exaggeration for us to say that Syria has become a jungle.

There are many wolves, and there is no dignity here for anyone, old men or women, and even the educated — all of them are equal in the humiliating queues for gas, mazout, and water. Even a university professor is not spared this humiliation, as they must line up for their turn for mazout, gas and aid. They must also have the signature of the gas distributor, which, strangely, must be by hand. If this signature — which may be more important than a minister’s signature — is not in the palm of the hand of the doctor, engineer, or widow, then they cannot receive gas.

Wealthy who do not know how to read or write

The cycle of daily living flings the weakened Syrian citizen, who is utterly helpless, from one crisis to another, until they are unable to think about where to begin. Should he look for water for himself and his family, or go “kiss hands” to obtain a bit of gas? Or should he wait his turn, which has not arrived for two winters, to get a few liters of mazout?

To make matters worse, his countrymen have begun trading in living necessities. Exploiters and traders have begun stripping them to their teeth. These people welcome the winter season — the season of crises. Abou Abdu, a mazout seller now plays with billions and is called “Bey." Abou Saeed, the owner of a water tank, has become a dealer in real estate and land. Abou Majid, a member of a popular committees militia, rides in a (Rolls Royce) Ghost car with an escort and a driver. He, who can’t tell the difference between the alphabet and a stick, commands and governs the fate of the people.

To launder their money, war traders turn to a number of methods, most importantly buying real estate, while also buying and trading luxury cars, gold and land, or trading in currency and dollars.

These riches are acquired in exchange for starving and humiliating poor citizens at the hands of a class of wealthy who it appears do not know how to read and write. This class of wealthy has begun to expand at the expense of what remains of other classes. The middle class has been erased from society and there are now only three classes: the wealthy, the poor, and those who are worse than poor. Many exist in this last class which is increasing in size day after day.

A researcher in economic affairs who asked not to be identified told Sada al-Sham that this class has come to control all the points of service provision in Syria — and what was stranger was that the regime government was the one who granted them this power, despite their obvious violations. He said the reason for this was the lack of law and its implementation. The law in Syria is now only in the books. It is not even implemented in the courts. The sound of bullets and gangsterism has grown louder than the sound of the law.

The researcher said that the class of “crisis” wealthy had expanded greatly and had begun to practice its activities openly as it has become more experienced at exploitation. Damascus, for example, while suffering from a recent water crisis, witnessed many traders selling mineral water, resulting in cases of poisoning of children who were exposed to polluted water sold in the markets without any oversight.