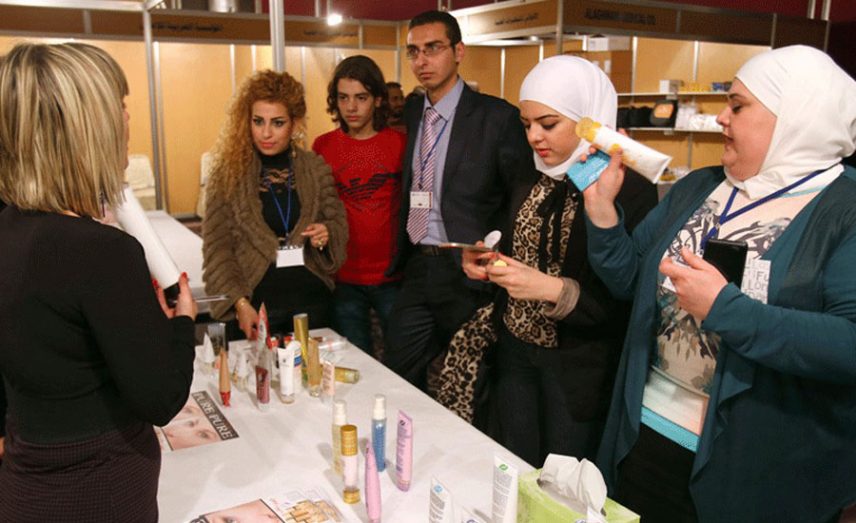 The city of Damascus is witnessing a new cosmetic surgery “obsession” among Syrian women. Sometimes carried out in unlicensed beauty centers managed from inside women’s homes, these operations can lead to fatalities. According to some experts, the phenomenon has psychological and social roots connected with the changes the war has imposed.

Ayyat Fakahani, a 14-year-old girl, was bothered by the freckles on her face and wanted to surprise her friends by removing them at the end of the first school semester. She insisted to her mother, who was forced, wanting to please the girl in the prime of her youth, to take her to a women’s center to receive the operation with a laser machine in the Al-Aqeeba district (near Baghdad street in Damascus).

Ayyat and her mother went to the house where one of worker’s began to perform the surgery to remove the freckles and to paint the girl’s face with powder. Soon Ayyat felt her lungs tighten and her face burn. The worker took no notice and told her mother that the effect was normal and that her daughter was “exaggerating.”

Within moments, Ayyat’s face started to dissolve and a white substance came out of her mouth. Her mother rushed her to the Al-Mujtahid hospital, but it was too late.

The child died and the women fled, according to the story which spread on social media and which Enab Baladi confirmed from corroborating with sources. Where was the monitoring of these thieves? Ayyat’s mother would later send a message warning: “Warn your daughters about unlicensed cosmetic surgery.”

Damascus province is witnessing a trend unlike any known among Syrian women with the increasing complexities of marriage and the “prohibitive” demands of grooms for specifications for their future brides. According to women in Damascus, an “obsession” for surgery has recently spread with many resorting to operations for a better chance at marriage.

Most beauty centers offer operations for the face and body with the prices ranging according to the location, beginning from 50,000 Syrian pounds (about 230 US dollars) for the simplest operations without any upper limit.

It seems that most of the women have become the breadwinners for their homes, pushing many to cosmetic surgery as a kind of nurturing of their self-esteem, and as a reward for their exhaustion and efforts.

Considering the lack of young men in the country and the objectification of females in the media, women are in a struggle with themselves and society to embody “total perfection,” and are trying through their beauty to find a groom or even just keep their husband.

Enab Baladi conducted an opinion survey through social media with women in Damascus about their views of cosmetic surgery. Nour, a teacher in a private school, responded that cosmetic surgery was necessary if there was any deformation.

She continued: “For example, after giving birth my face was strained a lot and marks and wrinkles appeared around the eyes, and there were some physical changes as a result of the pregnancy. So the cosmetic surgery was necessary to get rid of the signs of illness.”

Riba, a media graduate, expressed her encouragement for cosmetic surgery even if there was no deformity, saying that beauty and perfection are any woman’s “right” as long as it did not become an “obsession.”

Although Majid, a university student (23), held a different view , saying that “Age has value and there is no problem with marks of age appearing, as it is only natural.”