"It’s different when I wear a Syrian hijab because the Turks believe that I won’t understand them and so they avoid me and don’t speak with me.” As debate continues in the West around the compatibility of the hijab with European values, Enab Baladi speaks to Syrian women in Turkey about their reasons for adopting the the Anatolian version of the head covering 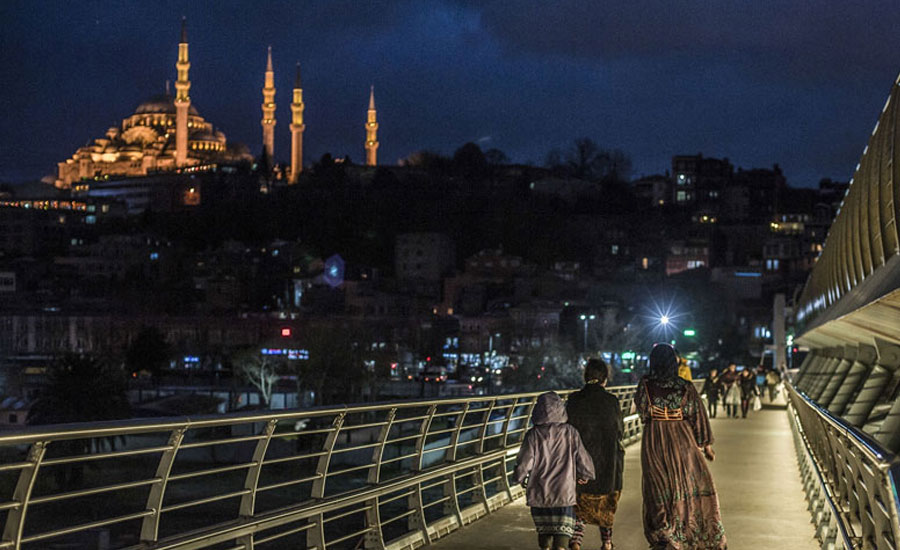 A number of Syrian women, especially those who have have fled to European countries, are finding themselves in conflict with the hijab after leaving Syria, sometimes choosing to remove the head covering to avoid problems they might face under the name of “extremism.”

However, integration in Turkey has taken a different course, as women have chosen to embrace the Turkish hijab instead of removing it, with the change spreading across the border into Syrian cities, in a phenomenon that is raising questions among locals.

The countries of refuge have imposed conditions on Syrians that have more often forced them to change the lifestyle, as integration into new societies becomes an “obsession” among many refugees who challenge themselves with foreign languages and customs.

“In the beginning I was wearing the Syrian hijab (white) and I considered it beautiful, because it strengthened an identity I was proud of,” says Eman Malhouza, a Syrian woman who chose to change to the Turkish hijab while living in Istanbul.

The Syrian hijab is distinguished by its (often white) color of two pieces and is held up by pins, while the Turkish version is colored or decorated and differs in its simplicity and the ease of which it is wrapped around the neck.

When asked about the reasons for changing, Eman said that she found the Turkish hijab more comfortable than the Syrian version, and “more practical” because she goes out of the house every day for work.

However, she said the main reason was to integrate into Turkish culture, a transition which was also helped by her good command of the Turkish language.

Eman said that the way Turks deal with Syrian women changes greatly when they put on the Turkish hijab. “When I wear the Turkish hijab and talk with Turks, they seem to like me, as I’m a Syrian woman who speaks their language and looks like them … But it’s different when I wear a Syrian hijab because the Turks believe that I won’t understand them and so they avoid me and don’t speak with me.”

A few Syrians in Turkey have raised Turkish ire due to “immoral” behavior while Syrians often suffer from the “racist” views of some Turks.

Misinformation has spread among Turks about the “barbarity” of refugees and their “ignorance” of culture, to the extent that some Turks refuse to rent homes to Syrians out of fear that they will not pay rent or will destroy the house.

Eman confirmed this saying, “Turks’ views of us changes when they learn that we’re Syrian. I always feel that they’re staring at me in the buses and on the roads.”

Syrian women are subjected to harassment from some young Syrian men who don’t dare harass Turkish women, Eman says, and so some of the young women have resorted to changing their features and behaviors in wearing clothes in order to avoid harassment.

Selma al-Attar, a Syrian engineer in Turkey, who wears the Turkish hijab, said that she chose to wear it because it fits her face better and was a form of change.

Selma, like others, referred to the treatment she receives from Turkish people, and the harassment from young Syrian men toward women. She said, “I don’t like to look like I’m not Turkish because when they see I’m Syrian, they harass me.”

She also noted the security situation in Turkey and how the fingers of blame have pointed at Syrians and their “indirect” responsibility for the “security breakdown.” She said, “We have become suspects after the bombings the country has seen recently, and so we are trying to avoid any accusations and change the prevailing misconceptions about Syrians.”