In violation of international law, a number of armed groups are exploiting eager youths, some no older than 15 years old, to report from Syria's main conflict zones, Sada al-Sham writes 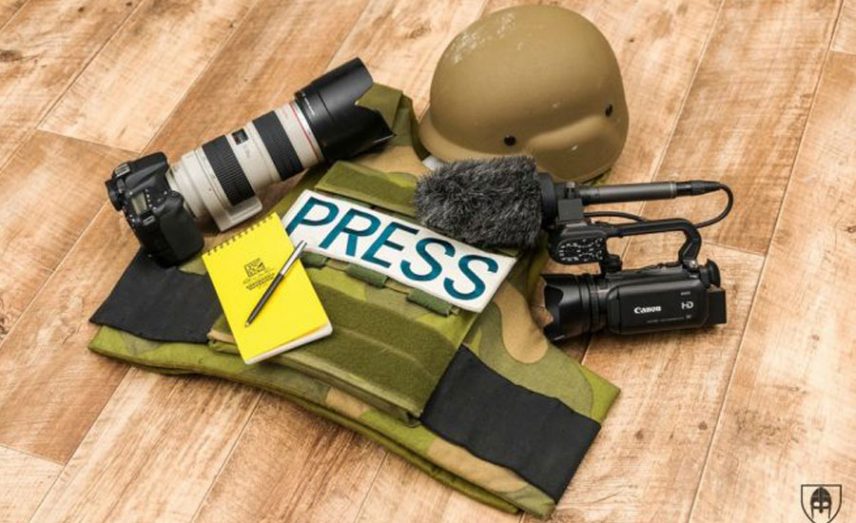 Syrian television recently announced the death of one of its correspondents in the Damascus countryside — a child no older than 16 yeas of age.

Not long after, war journalist Abou Turab who was embedded with the Hezbollah militia was announced killed while covering clashes with the Islamic State group. In this case as well, the victim was no older than 15 years old. Images and information would later emerge about fighting forces in Syria employing minors under 18 years old, in direct violation of international standards and laws.

Mohamed al-Satouf, a researcher in the Syrian Center for Media and Freedom of Expression, told Sada al-Sham that: “Children becoming involved in dangerous work has become widespread in Syria.” He added that, in Syria, this phenomenon has spread with the increasing tempo of the ongoing battles, and that the deaths of many heads of family has resulted in children under 18 years old looking for work to secure their living.

The director of the Syrian Network for Human Rights, Fadel Abdel Ghani, noted that the conscription of children into wartime work and in support of acts of war was illegal under two cases: First, if the child was under 18 years old, this banned by law; and if the child is under 15 years old, this is considered a war crime.

According to the United Nations Convention on the Rights of the Child, which was issued in 1989, a child is considered anyone under the age of 18 years, and stresses, “the right of the child to be protected from economic exploitation and from performing any work that is likely to be hazardous or to interfere with the child’s education, or to be harmful to the child’s health or physical, mental, spiritual, moral or social development.”

Abdel Ghani told Sada al-Sham that the network had documented the deaths of nine journalists under the age of 18 since the beginning of the revolution in Syria, eight of them killed by the Assad regime, while armed rebel groups had killed one journalist who was a minor. He added that the largest segment of these minors were not recruits or volunteers with the fighting parties, but that they agreed themselves and offered themselves to the groups to fight with them.

Similar to the regime media and its loyalist militias employing children, Abdel Ghani said that there were a number of rebel groups who had become dependent on journalists who were minors. Even if the child was not conscripted or a volunteer but had asked for work from the group with a full desire to work under these conditions, such groups should not put them on the fronts or in any dangerous place, Abdel Ghani said.

He continued: “It is possible to employ children who want to work in covering conferences or forums or working in editing offices or other environments that do not threaten their lives or lead to them dying or being wounded.”

His opinion was shared by Mohamed al-Mastouf at the Center for Media and Freedom of Expression, who said: “The field can be opened to minors who are under 18 years old for training in media work within conditions and circumstances that guarantee their safety, and in those that do not put their lives at risk, by taking all measures to limit this phenomenon and giving advice and instructions in this regard, based on established laws.”

Mastouf said that most of the minors are motivated to do this work due to financial concerns, but he noted that the motivation of the media to accept their employment was to exploit the desire of the minor to work in this field, in addition to the ease of managing them and instructing them toward specific goals regardless of the neutrality of the media.