Opposition website Alsouria tells the story of Mahmoud, a doctor spared from the terror of ISIS after fleeing his hometown Al-Bab, only to have his loved ones ripped from him when regime jets targeted their new home in opposition-held Idleb 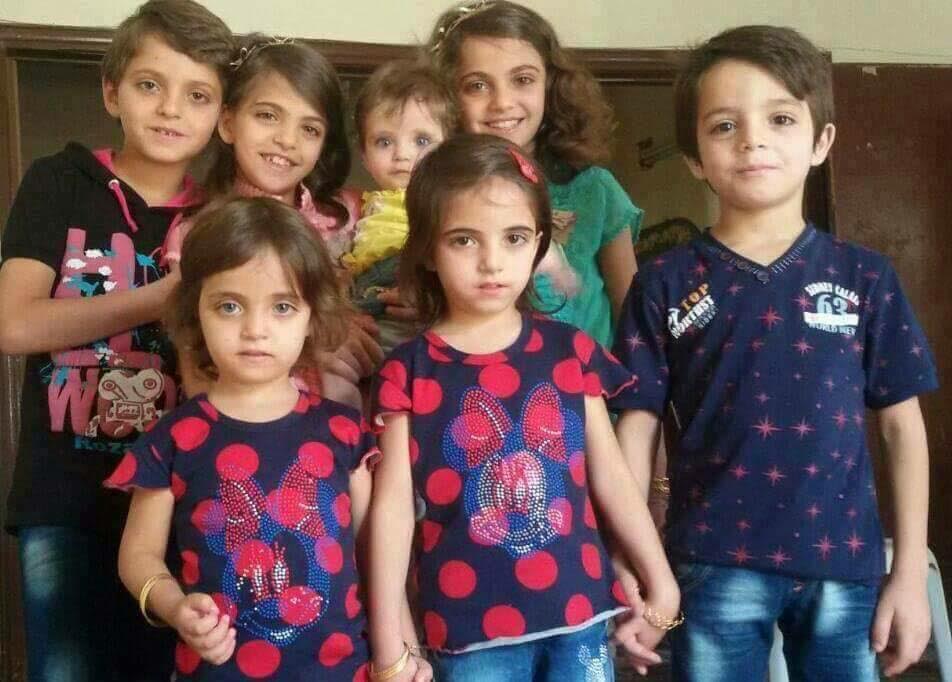 With his family in tow, he left his home and his city to save the lives of his loved ones from the hell of the Islamic State (ISIS). But that safety he had been striving toward for more than two years would suddenly vanish overnight, and turn into a nightmare which would pursue him while asleep and awake, and the screams of his children before their death would eventually be the last thing he would hear from them.

Dr. Mahmoud al-Shayeh’s story is one of new suffering. He never believed that he would lose his entire family of 14 in a single day, nor did he think his seven children and his wife would perish in a single moment. Little did he know, his life would be changed irrevocably after escaping to rebel-held Idleb from his hometown of Al-Bab in the country’s north. The family had fled the city after ISIS seized the area more than two years ago (before the Free Syrian Army and Turkish armed forces regained control last month).

The tale of Shayeh is one of the tragic stories inflicted by the bombing of the regime and its allies' warplanes on the Idleb district of Qasour on the morning of March 15, which killed 22 people (including the doctor’s family), most of them children, and wounded dozens.

The story of Shayeh speaks about the fate of a doctor who employed all his powers to treat sick and wounded in areas under opposition control and to heal their wounds — only for his entire family to die in the end, leaving him alone.

However, this has not shaken the faith of Shayeh, for whom the exhaustion, sadness and pallor painted on his face has not prevented him from resorting to embracing the Quran and being comforted by the words of God, which help him to maintain his composure.

Shayeh tries to hold back his tears when he remembers his seven children who were killed during the bombing of his five-story house, now reduced to rubble. He failed in the end, and his eyes flood with tears.

In a voice overwhelmed by anguish, the Syrian doctor relates the events of this sorrowful night. He explains that there were “unusually terrifying sounds of aircraft that night. We had lain down to sleep after midnight, and in the morning we heard the sound of planes breaking the sound barrier and then, after that, the collapse of the building. I did not hear anything except the screams of my children and wife. This was the last thing I heard from them.”

“I was the only survivor from among those living in the building. I was wounded severely and the ambulance team transported me to the field hospital to dress my wounds and stop the bleeding,” he added.

The doctor displays photos on his mobile phone of his seven children, the oldest of whom was 12 years old and remembered them one by one: Baibars, Renas, Asil, Rand, Waim, Hamza, and Lin. What were they guilty of? He asks: “Are these terrorists?”

Shayeh also lost two of his siblings and their families, including an infant no more than 20 days old whose parents had not yet agreed upon a name.

The doctor accused all international organizations, with the United Nations Security Council at their head, of “hypocrisy and silence about what is happening in Syria.” He wondered how there could be international courts “that cannot hold the criminals to account,” in a reference to the regime of Syrian President Bashar al-Assad and its allies.

Despite a cease-fire being in effect, the city of Idleb and its countryside have recently been subjected to continuous bombardment, killing and wounding dozens, alongside the destruction of buildings and infrastructure.