Russian experts claim Moscow must decide whether to cut and run or double down, as attack may be another indication of a shift in American policy toward Syria 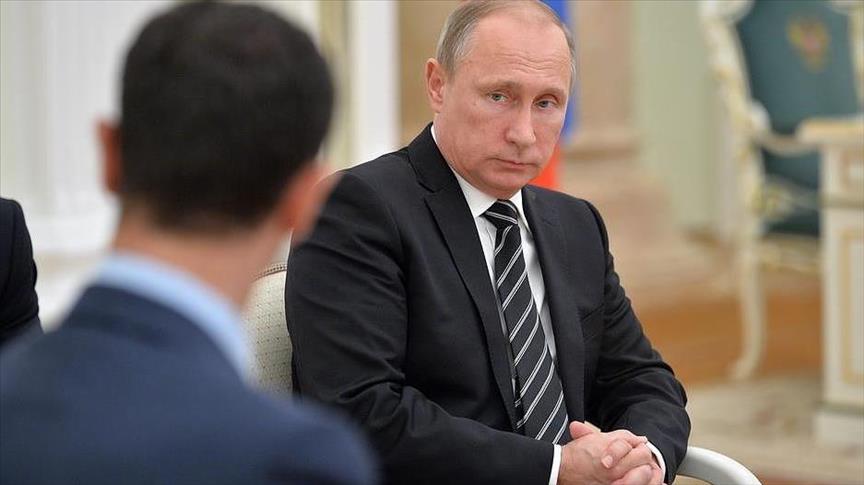 The strike delivered by U.S.-led international coalition warplanes on Shiite forces loyal to the Assad regime and Iran in Syria is still raising questions about the American role in the age of President Donald Trump and the messages the strike bears for both President Bashar al-Assad and his allies.

U.S. Defense Secretary James Mattis said in statements quoted on Saturday by Reuters that the airstrike hit a military convoy Iran was likely behind, and said that the convoy was headed to a military site toward the Al-Tanf crossing near the Jordanian border. The international coalition confirmed in the statement that the strike hit the military convoy near the presence of British and American special forces doing a training mission with opposition fighters to combat the Islamic State (ISIS).

In his statement, Mattis indicated that Russia was informed before the strike on the military convoy, and it seems Moscow was unable to prevent the attack on forces it is allied with in Syria. The Russians only sent warning messages to the convoy which continued on its way before being struck by the coalition warplanes.

Russian journalists have focused on talk about the dimensions of the strike, especially Moscow’s position, and the lack of any reaction except Russian officials expressing their “resentment” of the coalition while describing the bombardment of the military convoy as “unacceptable.”

In a report by the Russian newspaper Svobodnaya, the head of the Duma committee for international relations, Leonid Slutsky, said: “This strike is a continuation of the provocation which began in Idleb and then Shayrat, which is evidence of the unclear American position and harms the credibility of cooperation against terrorism.”

The newspaper commented that there was no doubt the strike would harm American-Russian relations. In this context, the military expert Mikhail Aleksandrov, senior analyst at Moscow State Institute of International Relations' Center of Military and Political Studies, said that: “This strike is not an accident but goes back to the strategy of pressuring Russia in Syria.”

He added: “In the context of this strategy, small preliminary steps have been taken aiming to ban Russian forces and their allies from this area [in southern Syria] and to stand clearly alongside the Syrian opposition, for which a decision seems to have been taken to give them air cover.”

The expert considered the U.S.-led coalition bombardment to represent a “test for Russia,” noting as well that the strike was not directed at Assad directly, to the extent that it was a “warning bell for Russia, and therefore it can be considered a second warning from Trump to the Kremlin.”

It seems that Russian officials are discontented about the American strike on the coalition of forces loyal to Assad and Iran. Aleksandrov said that “America in its discussions with [Russian Foreign Minister Sergey] Lavrov and likewise in Astana is pretending everything is normal, but in reality, the dispute seems visible between Moscow and Washington with regards to Syria.”

He added: “I think that America is keeping Moscow busy with non-serious talks about the need to coordinate and cooperate and then doing the opposite in reality.”

He said that what the coalition planes had done was the first direct clash between the U.S. army and forces loyal to Iran since the return of American forces to the region about three years ago.

Svobodnaya newspaper also questioned the strike’s timing, which preceded Trump’s visit to Saudi Arabia and Israel, to “suggest to his allies that he will work actively in the Middle East and he has a strategy for it. This trip is very important for subsequent work against Bashar al-Assad.”

The newspaper said that the puzzling question for Aleksandrov was “Why did [Russian President Vladimir] Putin stay silent?” He answers: “The time has come to understand that the American policy of cooperation and coordination is nothing but a tactical deception aimed at preventing Russia from backing Assad, who is going to great lengths to destroy the opposition under various pretexts.”

He also believes that “Putin must now either withdraw from Syria and leave the issue to America or stand against America if the decision is not to withdraw, as he must show strength and decisiveness. If Putin continues to back down he must pull out of Syria, but this time shamefully.”

The Russian expert proposed that Russia launch missile strikes from its ships on the Syrian coast against rebel groups backed by America, saying: “This way Russia would respond to the provocation and this could be considered a test of the Americans as well.”

The newspaper quoted the director of the Middle East Research Center and the International Institute of Newest States, Stanislav Tarasov, as saying that the U.S. strike “may reflect a change in America’s policy in the Middle East.”