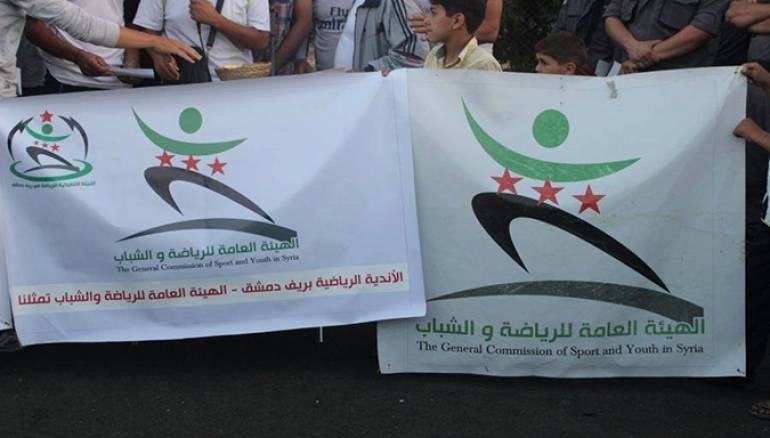 Having not been content with all its shortcomings on different fronts over the past years, the opposition Syrian National Coalition has intervened in the field of sports to create further problems.

The free sports scene in Syria is shared by several entities operating in this field. The General Authority for Sports and Youth, to which 37,000 athletes are members, is the largest and most active entity. Two months ago, the Authority became subordinate to the Syrian interim government.

Unsatisfied with being excluded from the field, the Coalition moved to form the Syrian Olympic Committee on May last year. Mired by several resignations and confusion over its role, the Coalition issued a decision to dissolve the Committee a month after its formation. It reformed the Committee and launched it again in February 2017, while its members are distributed abroad and in Syria’s neighboring countries.

Mudar Hammad al-Assaad, deputy of the first and second committees, described the formation as an opportunity for athletes to enter international competitions. He said that international sports championships rely on Olympic committees.

Speaking about the Committee and its work, Assaad pointed out that its activities “are concentrated in Turkey, and five clubs are subordinate to it.” He noted that the executive committees inside Syria are also under its direction.

A delegation from the Coalition and its Olympic Committee met with representatives of the interim government and its Sports Authority to discuss ways to overcome the legal imbalance between the two opposition-run entities.

Maysar Mahmoud, the Sports Authority secretary-general, pointed out that the Committee’s delegation members were not flexible, adding that they tried to impose their vision on the Authority.

A source in the Sports Authority said that it is preparing to hold a general sports conference in which athletes from all the games will participate, and will elect a free Syrian Olympic Committee. All the federations and executive committees operating within the framework of the Authority will be subordinate to this Committee.

Sports work, like Syria’s military and political action, is divided, and the results are the same with all parties losing out.