Residents take to the polls to elect local representatives in a move which is hoped will be replicated throughout the liberated north, Zaman al-Wasl writes 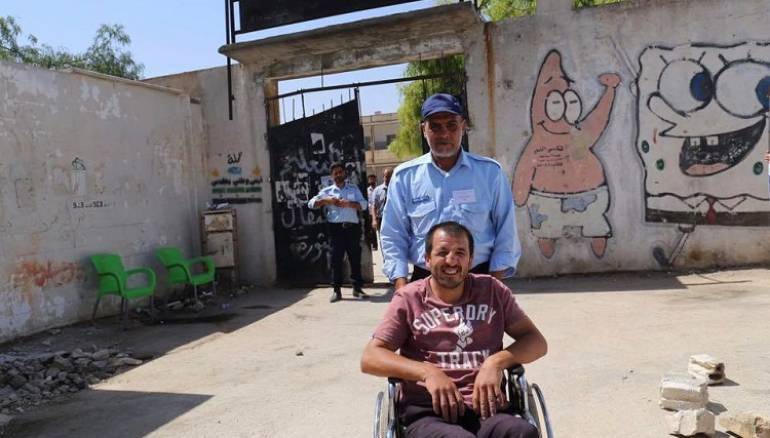 For the first time, hundreds of residents of Saraqib city participated in local council elections for the opposition-governed areas of rural Idleb on Tuesday.

Speaking to Zaman al-Wasl, Mohammad Musfra, who heads the electoral center in the city, said: “The electoral process for the city local council took place by direct voting. We opened eight polling stations (five for males, three for females) which were monitored by community organizations and [members of] the Syrian interim government.”

He said the voter turnout rate among residents was 55 percent, explaining that everyone who is registered from the city and is 18 years or older was entitled to vote.

According to Musfra, 22 people were originally nominated as candidates in the local council elections, but seven of them subsequently withdrew, adding that voters could chose between two candidates for council president. Candidates were required to hold a high school degree or higher degree to run in the elections.

Head of the political commission Radwan al-Atrash, who helped monitor the election, praised the electoral experience in Saraqib as a success, highlighting that all participants abided by the law during the process.

Atrash said he hoped Saraqib’s electoral experiment would be replicated in other liberated areas.