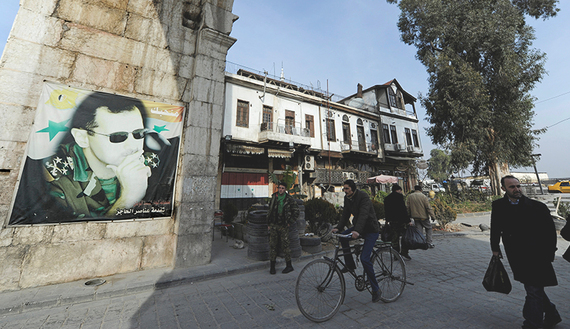 Figures for the current year issued by the Damascus Criminal Court revealed the number of cases related to theft and violence were over 150 — that is, 12 percent of the total cases viewed in Damascus, which totaled to more than 1,200 cases.

The figures which Al-Watan obtained a copy of said that 272 economic cases were reviewed by the Fourth Criminal Court, as is appropriate in this type of case, indicating that many of the cases were related to theft of public funds, negligence or misappropriation.

The figures showed that there were 35 cases related to bribery, noting that there are many related cases which are still being reviewed by the investigative judiciary and which will not reach the Criminal Court until other judicial measures have been taken, such as investigation and transferal.

There was a notable decline in the number of cases related to prostitution, which did not exceed three cases. A judicial source said that the reason for the decline in Damascus is related to the arrest of certain figures who had been accused of facilitating the trade, adding there were no longer networks working on a large scale in this field. The source told Al-Watan that the role of the public prosecutor and the judges had played a large part in reducing the crime of prostitution, which was still one of the most dangerous crimes threatening society.

The figures showed that the number of cases related to rape reached 18, a modest number indicating a large decline in this type of crime, while the number of murder cases reached about 70, whether premeditated, accidental, or intention to kill.

The figures showed that the number of crimes of theft this year reached 300 cases while drug dealing reached about 250 cases, indicating the numbers of this crime have not seen a decline or increase.