Safe zone plan has encouraged optimism among citizens who hope the access to markets will contribute to better living conditions, Enab Baladi writes 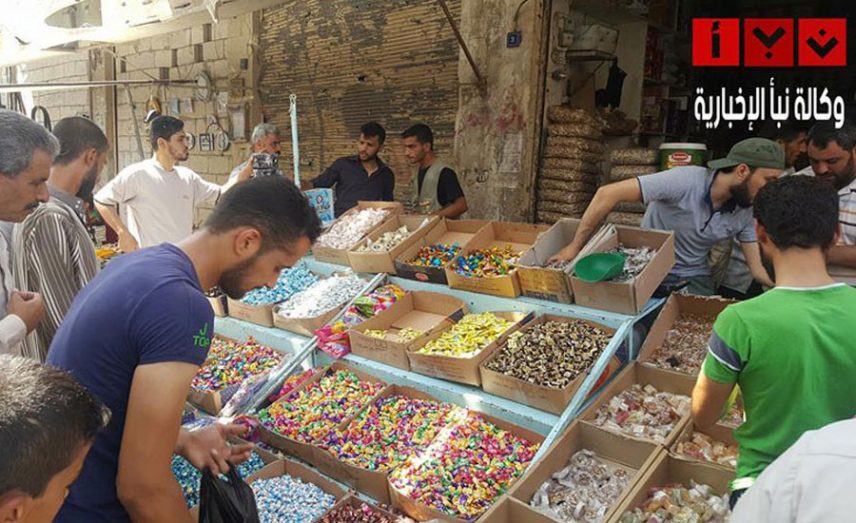 The "de-escalation" zones have imposed a new economic reality in some areas included within them, while a chain of economic blockades continues in others with the delayed implementation of commercial items.

The agreements have given hope and optimism to civilians in areas outside Syrian regime control with the lifting of the blockade and entry of foodstuffs, which could lead to an improvement in the living situation after years of economic siege. But civilians are still skeptical about the implementation of this, because Moscow is the primary sponsor of the agreements and is responsible for the deaths of thousands of civilians in these areas.

The city of Daraa and its countryside in southern Syria have witnessed relative calm following the agreement between Russia and America at the start of July, which got markets moving in some sectors, according to the economist and accounts manager for the aid group Al-Hilm (Dream), Hamza Abou Zaid.

Abou Zaid told Enab Baladi that the agreement had contributed to a partial return of life in the area, especially in light of the talk about opening the Nasib border crossing, which will open trade gates with Jordan. Meanwhile, organizations and actors who had been prevented from any activity by the war have found in the deal a test of the post-war period.

The agreement also revived some sectors in the area, such as the trade of foodstuffs and clothing, in addition to building sector activity and household goods and solar energy generation, due to the increase of the return of refugees from Jordan to Syria's interior which has raised rent and the cost of building restoration.

Although activists and observers consider the decision to return to Daraa a gamble, the pace of refugee return from Jordan to southern Syria has recently increased from 28 returning every three days to 200, according to the newspaper Al-Ghad al-Urdani (Jordan Tomorrow).

Abdel Raheem al-Asawda, owner of a building workshop, said that the reason for the increase in home restoration relates to the hope that the agreement gave to people in reconstruction, especially those who were living in the camps and trying to return to their homes before the winter.

The restoration efforts have increased demand for cement, which comes from regime areas, according to the trader Mohamad al-Shanour, who said that the biggest quantities come from Suweida province. The price of a ton of cement has reached between 55,000 to 65,000 Syrian pounds, and a ton of steel about 350,000 pounds, while the price of a meter of white sand is between 13,000 and 15,000 pounds.

Despite the improvement in the living conditions, some residents still fear the ambiguity of the agreement and the lack of details available to the public, as well as the fear of any relapses occurring in the future, according to the economist Abou Zaid.

Economic pressure to accept the deal

The areas of the northern Homs countryside, which were subject to a full siege in recent years, witnessed commercial movement after the signing of the de-escalation agreement between the opposition factions and the regime with Egyptian mediation in August.

Rastan Local Council President Youssef Darwish told Enab Baladi that with the deal entering into force, the crossings witnessed limited movement that led to the revitalization of commercial activity, securing the needs of the local market for foodstuffs and stabilizing prices, in addition to encouraging the return of residents to their homes in the city.

However, prices continued to rise because of the restrictions on these crossings after the failure of the deal to divide the factions and civilian actors around the terms of a new agreement concluded at the Al-Dar al-Kibeera crossing.

A member of the Telbiseh council, Abou Sufyan Khashfa, said that the prices have increased at an incredible rate after the resumption of shelling of Houla, in addition to the regulation of entry of basic goods through the Al-Dar al-Kibeera entry, which is a lifeline for the region, because of the taxes imposed at the checkpoints, which has led to inflation in prices and the closure of some shops.

Despite the ambiguity surrounding the agreement and the lack of regional solution, Darwish expects positive results in the region in the event that the agreement is implemented.