Fragmented visions on rebuilding Syria have created uncertainty around the roles foreign countries will play in the coming stage, writes Ibrahim Hamidi 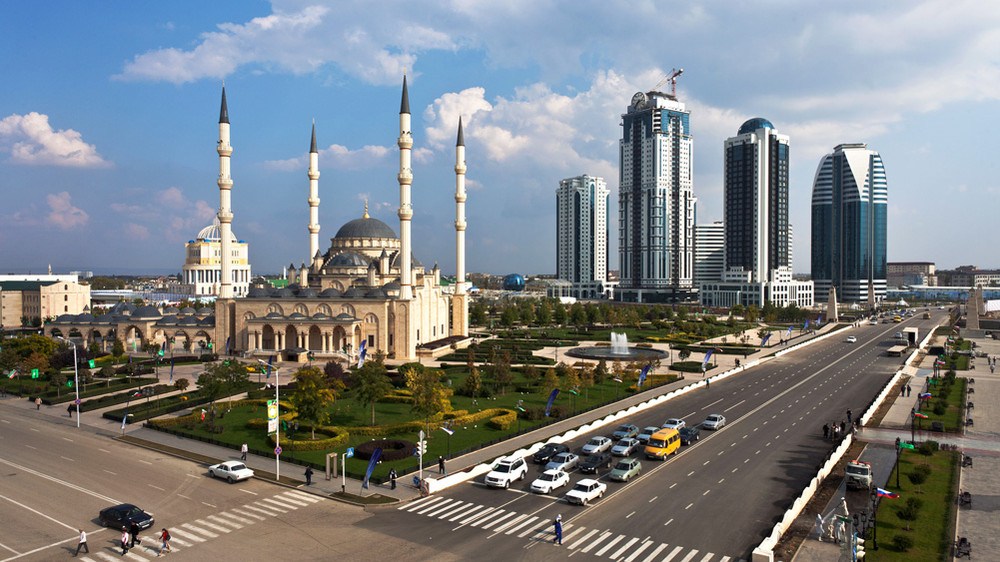 Russia is hurrying to discuss the reconstruction of Syria as Western nations are tying their participation in the upcoming stage to achieving a credible political solution based on international Resolution 2254.

According to the National Agenda for the Future of Syria, which is overseen by Syrian and international experts under the United Nations Economic and Social Commission for Western Asia (ESCWA), the cost of the Syrian war has reached $327.5 billion since 2011, including a $227 billion loss in GDP, while the value of physical destruction is estimated at $100 billion.

At the end of last year, the British Foreign Minister Boris Johnson and his former American counterpart, John Kerry, warned about Russia turning the city of Aleppo into “Syria’s Grozny,” in a reference to the Chechen capital which the United Nations in 2003 considered “the most devastated city on the face of the earth,” after Russian forces besieged and flattened it.

However, Moscow’s reaction to the warnings of Washington and London was a surprise — the Russian embassy in Washington wrote on Twitter in response to Johnson and Kerry: “Grozny today is a peaceful, modern and thriving city. Ain’t that a solution we're all looking for?”

The first signs of copying the Chechen experience in Syria was the deployment of a thousand Chechen fighters under the dome of the military police to monitor the “de-escalation” agreements in four areas and to impose security in Aleppo after regime forces retook control of its eastern districts. The second indication came upon Chechen President Ramzan Kadyrov’s “tempting offer” to rebuild the Great Ummayad Mosque in Aleppo. The province’s mufti, Mahmoud Akkam, told journalists on Tuesday in Aleppo: “(Kadyrov) was very insistent, and because we belong to the same religion and he understands us, we accepted.”

Lavrov and the lifelines

It was notable that in all de-escalation agreements there was an article addressing “reconstruction” and allowing the entry of aid and building materials to opposition areas, while Moscow also drew up a plan to take control of the main roads in Syria. It gave military and ground support to regime forces and Hezbollah to take control of the Damascus-Deir-ez-Zor highway and opened the Damascus-Homs-Hama road, in accordance with the truce deal in the Homs countryside. It also included within the Idleb truce deal — which is expected to be announced soon — an article opening the Lattakia-Idleb-Aleppo road. In addition to this, Russian Foreign Minister Sergei Lavrov called on Jordanian officials to hasten the opening of the Nasib crossing on the Jordanian-Syrian border and to activate the Deraa-Damascus-Beirut road.

However, Amman and the Free Syrian Army factions are still waiting for Damascus to implement its commitments, including the “southern truce.” It concerns the commitment to stop shelling and to remove “non-Syrian forces” — that is, Iran’s militias — away from Jordan’s borders. In addition, the deal includes the acceptance of the local opposition council, bringing in humanitarian aid, and releasing prisoners, before opening the crossing and agreeing to share revenues of up to $150 million a year.

Regarding efforts on the ground, there is a diplomatic campaign led by Russia in the halls of the United Nations to put the issue of “humanitarian reconstruction” on the negotiating table to benefit from the “diplomatic vacuum” and the decline of the consensus among Western countries in the annual U.N. General Assembly. Moscow also opened the file with Lebanese Prime Minister Saad al-Hariri during his visit. He told the Russia Today channel that Lebanon's priority now is the development of the infrastructure and railway lines and the economic zone in Tripoli. Therefore, he said, so is the highway with Syria in order to make Lebanon eligible as a station for major companies who intend to enter Syria and work there after the political solution.

For its part, Tehran has hurried to reserve its share of reconstruction, as it has signed with Damascus a deal to supply five gas turbines to the city of Aleppo to secure electricity. The official Syrian news agency SANA said that the two sides had signed a memorandum of understanding during a visit of the Electricity Minister Mohamed Zuhair Kharboutli to Tehran including building a 540 megawatts station in the coastal province of Lattakia. The news agency added that the agreements also included “restoring and reactivating” the main control center of the Syrian electricity system in Damascus.

The agreements also included the rehabilitation of a 90 megawatt electrical station in the Deir-z-Zor province. SANA quoted Khaboutli as saying: “The government is keen and working at a fast pace to renovate the electrical system and Iranian companies will have a role in Syria’s reconstruction.” The agency added that the two sides had also signed two contracts, one of which includes supplying five gas plants to the city of Aleppo with a total capacity of 125 megawatts. It quoted the acting Iranian Energy Minister Sattar Mahmoudi as saying on the ministry’s website that Tehran was also eager to expand its cooperation to construct water and sewage facilities in Syria, and that Iranian companies were already participating in a series of projects to provide electricity in Syria. Tehran aims to export electricity and to create a larger electricity grid by linking the national grid in Iran with the grids in Lebanon and Iraq. In January the Iranian governments and entities close to the Iranian Revolutionary Guard signed several memorandums related to operating a mobile phone network, acquiring strategic phosphate mines, and establishing a port on the sea and owning industrial areas and agricultural projects.

A source told Al-Sharq Al-Awsat that the memorandums were slow to be implemented. He said: “The Russians began phosphate mine investment near the Iranian mines in Khanifish near Palmyra, but the Iranians have not yet started. Russia has also prevented Iran from owning oil stores near the sea because the land is near the Hemeimeem base and the Tartous port, which are under the authorities of the Russian army.”

Fears about Iranian control over a mobile phone network and a possible security breach have prevented the implementation of the third mobile memorandum. In addition to providing support for about 70,000 non-Syrian militants to fight alongside regime forces and providing ammunition and weapons, Tehran has provided since 2013 credit lines to Damascus worth $6.6 billion, including a billion dollars at the start of the year, half allocated to fund the export of crude oil and derivatives.

Damascus is working along the same lines, as it has organized in the Syrian capital a number of conferences and exhibitions to encourage reconstruction, especially from allied countries such as China and other Asian countries. The Syrian Foreign Ministry said in a statement recently that it welcomed initiatives of the countries and authorities which have not been involved in opposition support against Syria, and those which have taken a clear and explicit approach against terrorism to contribute to reconstruction efforts.

The Russian push under the umbrella of “humanitarian reconstruction” has put Western countries in a complicated position because they are concerned with the humanitarian file. European countries have provided $12 billion in aid over seven years, while a disparity has appeared among these same countries between those eager to take a position in reconstruction and those countries clinging to political positions and rejecting “Russian blackmail.”

The British envoy to Syria, Gareth Bayley, said on Twitter: “NB EU reconstruction aid to #Syria only when genuine, comprehensive, inclusive transition firmly under way, not b4.” The European Union approved in April a vision for Syria’s future which stipulated that it will be ready to aid in Syria’s reconstruction only when there is a real, inclusive, comprehensive political transition based on Resolution 2254 and the Geneva declaration. At this time, it added, it could review sanctions imposed after 2011 and engage in the resumption of cooperation with transitional authorities and provide funds to support the revitalization and reconstruction post-conflict period. It added that those who fueled the conflict must be held responsible, especially for the reconstruction cost.

This vision was developed from a paper prepared by the E.U.'s high representative for foreign affairs, Federica Mogherini, which tied Syria’s reconstruction to the beginning of a political transition, which stated it would be impossible for any private sector investors or international institutions to offer aid before that stage. The paper added that reconstruction from the bottom up will be essential for success and to avoid corruption and inefficiency, and that the E.U. will be ready to offer its participation both for the sake of quick stabilization — in the period directly after the conflict — and reconstruction in the long term to support the work of Syrian institutions.