Years of civil society initiatives aimed at empowering women in the community have resulted in wide representation by women candidates, Tamaddon writes 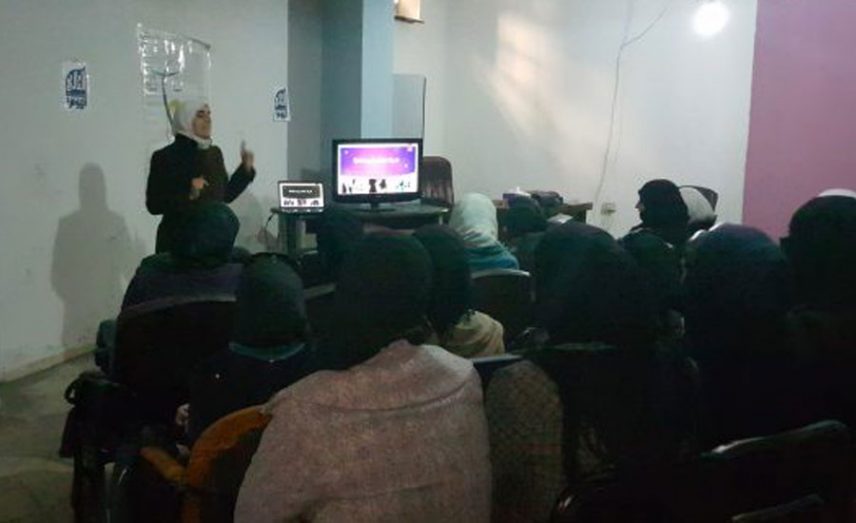 The participation of women in the Douma council elections gave this cycle an exceptional character. For the first time since the start of the revolution, female candidates formed coalitions, fund-raised and campaigned among the people, helped along by public awareness of the elections and the importance of practicing the right to vote.

The Douma council was one of the first to form a women’s office, and activating the office's work inside and outside the council. During the four election cycles of the local council in Douma, two women were nominated in the first round, but they did not progress. In the second and third round, no women were nominated despite their participation in the election process. The fourth round saw the participation of two female teachers, which ended in failure as with previous attempts.

Activities of civil society groups in the Eastern Ghouta and a number of other areas in Syria had a role in changing the stereotypical image of women, and helped them to carry their responsibilities toward the community, especially skilled and university-educated women. During 2016 and 2017, a number of activities were carried out in the city of Douma to empower women in the fields of education and work. This included activities by The Day After organization, which held forums and lectures on political diversity for women. Despite the site of the activities being attacked and the organizing team being beaten, the fruits of the work started to become clear in the current year’s elections.

The workshop encouraged a number of recommendations, most prominently not to allocate a quota for women related to specific seats but to encourage women to run for elections according to their specialty. The fruits of this civil work was the nomination of 14 women for the educational, medical, economic and engineering sectors, amid heated competition and strong alliances carried out by candidates, especially after the success of the local council in Douma and its excellence compared to other liberated areas.

Reem, an engineer, spoke about her participation in the elections: “In the previous session I participated in voting in the elections, but this year I found myself able to join in the elections process and I was able to develop my educational experience in the local council, which needs skills and new blood in order to pursue its work.”

Another engineer, Samah, who was also a candidate, said: “Douma council is the high administrative authority in the city, which has proved its ability to operate, and we, the residents of the city, need to serve it in this difficult stage which the region is enduring. I will try to pursue my work in the place which I believe will serve my country.”

Fayeza, a candidate in the economics class, said: “I am trying with my nomination to increase the role of women who have sacrificed since the first moments of the revolution. I believe that we can give more in service of the country. It doesn’t matter to me if the winner of the election is a man or a woman, to the same extent that I aim for the right person to reach the right position.”

In this election cycle for the Douma city council, the system has been changed and the elections will be in two stages, the first being nominations for the general assembly. Membership will be composed of 155 places, distributed across the following categories: 33 engineers; 14 accountants and administrators; 13 licensed real estate experts; 12 licensed agriculture and veterinary specialists; 12 licensed educators; 11 licensed medical and health workers; seven licensed lawyers; seven licensed Shariah law experts; seven technical assistants; 39 popular actors, which includes 22 members to be elected by the district councils in the city; two members from the authorized trade universities; one member from the farmers association; one member from athletics; one member from those with special needs; and five members from the city's residents.