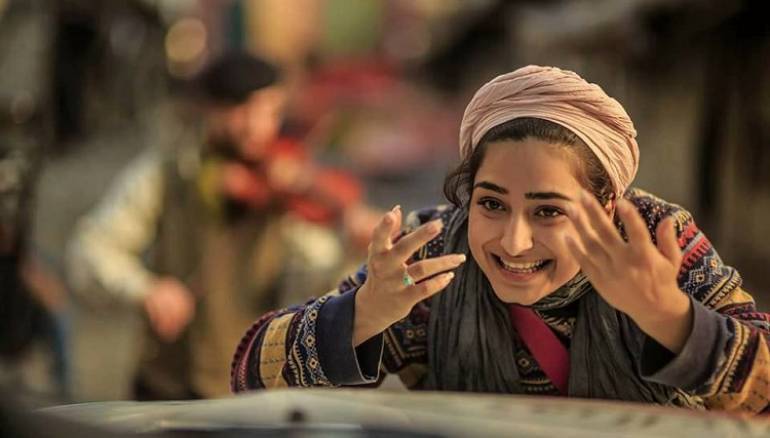 Syrian filmmaker Joud Saeed did not have to exert much effort to add a touch of realism to the locations for his film "Rain of Homs," set within the rubble-filled streets and abandoned homes of the city's residents after they were forced to leave.

Assad regime media outlets broadcast the film’s trailer in attempt to distort facts and entrench a one-sided version of Homs’ story in the absence of its residents and paint them all as terrorists.

The promotional trailer, which includes footage of a man and two children running in search of shelter as bombs and missiles rain down on them, fails to reveal the source behind the shelling.

In another scene, a sniper for one of the opposition factions appears inside one of the destroyed houses, training his gun sights at a child and a dog before killing them both.

There are scenes of gun-toting women fighting alongside the city's rebels. Yet no evidence exists from any of the thousands of videos collected online showing women from Homs participating in the fighting during the period the film refers to.

Another scene shows a non-Sunni woman with a noose around her neck hanging behind several opposition fighters in Homs as they confront the regime's forces during their attempt to break into the old city. A fantasy that exists only in the imagination of the film's director.

Film critic and journalist Rashed Issa told Zaman al-Wasl that Saeed made his film after the displacement of the city’s residents and the destruction of their homes.

Yamen Jaddoua, a Syrian playwright, pointed out that the film is an attempt to change the facts and to show that it was the militants who besieged civilians and Christian clerics in the city.

“If pro-revolution production companies do not produce revolutionary films close to the truth, and immortalize the stories of the revolution, its massacres and the destruction, the only image the world will see after a while will be the ones the regime produced through its tools,” he added.