Talks freeze after opposition sets conditions for the reopening of the Nasib crossing, the main land artery connecting Syria to its southern neighbors, Iqtissad writes 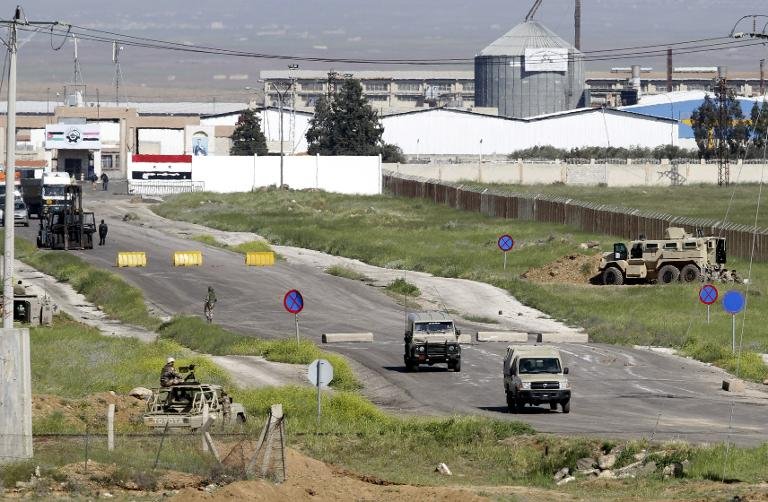 Negotiations over the reopening of the Nasib border crossing between Syria and Jordan have stalled despite serious attempts and considerable pressure by international parties to reach a compromise.

Crucial points of disagreement hindering the opening of the border include calls from the Assad government to raise the regime flag on its facilities amid demands to run the crossing independently. The opposition, however, says it is entitled to manage the crossing in cooperation with the provincial council of Daraa.

Qays Al-Horani, an activist and lawyer, said Jordan sees the need for consensus between the Assad regime and the opposition on a reasonable formula that ensures the security of its northern borders as a prerequisite for opening the crossing. He said the opposition governorate and armed factions in Daraa have made several attempts and offered large guarantees during the previous two years to reopen the border crossing, but that these efforts did not convince the Jordanian side.

Opposition factions in Daraa, which control most of the province including the border crossings with Jordan, will not permit a regime presence in the region without securing an upper hand by operating the crossing. Allowing the presence of regime institutions, however small, is a political decision that worries residents of southern Syria who have made great sacrifices to liberate these crossings from the grip of the Assad government.

Revolutionary actors and activists have called on the armed factions not to abandon the crossing or hand its administration over to the regime. They have called for using the crossing as an important bartering chip to help achieve revolutionary gains, such as the release of the detainees and revealing the fate of the forcibly disappeared, as well as the return of the displaced.

Residents believe that opening the Nasib crossing will improve the local economic situation by offering a way to export agricultural products and secure new jobs, but added that regime control of the crossing could threaten this.

One source said the closure of the border crossing had caused serious economic losses for the regime up to $15 million a day.

However, the source said, the Jordanian side is the most affected by the closure, putting estimated annual losses at more than $800 million, adding that Lebanon's daily losses are more than $2 million because of the suspension of transit trade through the crossing to southern Arab countries.

The Nasib crossing, which is about 20 km away from the city of Daraa, is located on the international highway connecting Damascus to Amman. Armed factions captured the Nasib crossing in April 2015 after fierce battles with the Assad regime. The crossing remains under opposition control, which has led Jordan to suspend activity at the crossing for cars and people.

The crossing is one of the most important land border crossings in the Middle East, acting as the only land crossing that links Syria with Jordan and the Arab countries to the south.