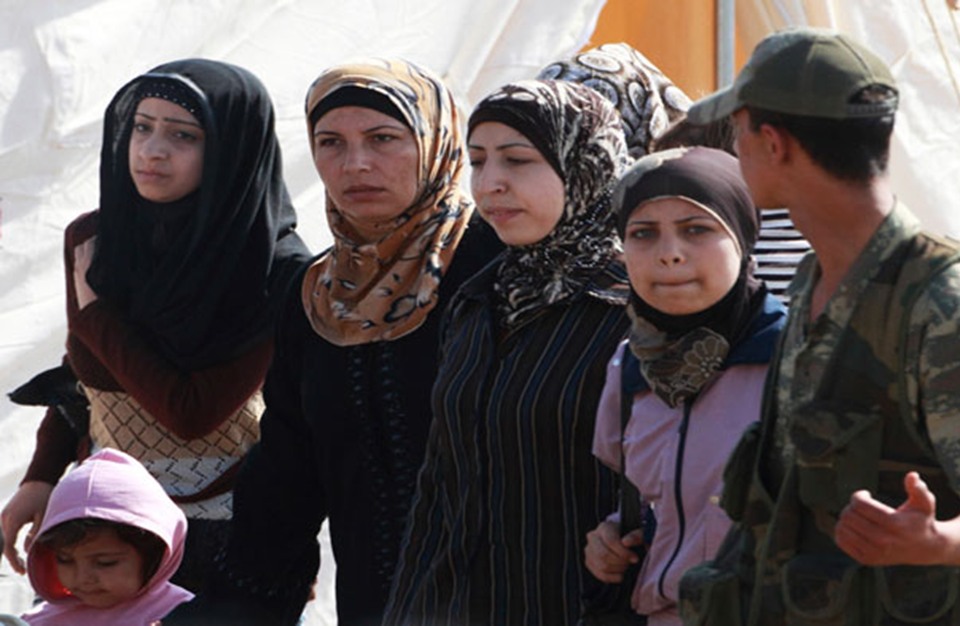 A major crisis has been created by Syrians fleeing into neighboring and other, faraway places, carrying with them wounds which have not been healed, in countries complaining of social, economic, political and security burdens incurred by the unprecedented influx of refugees since 2011.

Five million Syrians — distributed from east to west — had to appoint representatives to speak in their name in an attempt to earn sympathy for the suffering and persuade the world to absorb some of the concerns which the refugees brought with them.

Female figures have made a mark on improving the image of refugees after the reputation of some Syrians was marred in countries of refuge due to different cultures and customs. These figures bore the burden of responsibility of transmitting a positive image of refugees and defending their rights in accordance with humanitarian international law.

Enab Baladi spotlighted a number of these figures who have tried to defend Syrian refugees’ rights and lives.

“The vulnerability of Syrian refugee women in Lebanon pushed me, in particular, to support them and to raise awareness of their rights,” says Nibal al-Alou, from the Syrian city of Deir-ez-Zor, who serves as the head of the protection unit for Syrian refugees in the Sabra and Shatila camps in Lebanon.

Alou, who specialized in the “Women’s Protection” unit, has not ignored defending the rights of Syrian children, as well as husbands, however most of her focus is dedicated to women in the Sabra and Shatila camps. This, she says, is because the war has overturned roles inside the Syrian family, with women taking on new roles which had not previously been attributed to them.

Nibal believes that it is necessary to be aware of the pressures and changes which have affected the Syrian family “because it has mostly turned into a problematic issue between the spouses which can lead to violence against wives and children, and it has also become necessary to focus on techniques to deal with these pressures.”

Aya al-Jamili: The “forgotten” issue of prisoners for America

Despite attempts to defend Syrian refugee rights around the world, the Syrian activist Aya al-Jamili has spent a large amount of her time discussing the “forgotten” issue of prisoners and forcibly disappeared in the prisons of the Syrian regime.

Jamili, who studied in the United States, has used all possible educational and rights platforms in order to discuss the suffering of Syrians and call for defense of civilians and an end of the siege on Syrian cities, and organized a number of protests and sit-ins for this issue.

On Nov. 18, Jamili won the Student Voice Award from the American University in Washington for her efforts to raise the issues of the Syrian revolution through the academic forum and her work to bring together different student forces.

Jamili, who worked for peaceful revolutionary mobilization inside her city of Aleppo, believes that offering support for Syrians inside and outside Syria starts with aid, but that it cannot end there. She says that what is more important is finding a solution to the problems which are fueling the Syrians’ need for aid and material support.

Medaya Dehair: “Rights work is a weapon to confront extremism”

Family inheritance provided the rights activist Medaya Dehair a solid base upon which she was able to make a difference in the field of political work and defense of human rights.

“Like other Syrian Kurds, we have been involved in political action since we were little, because we are from families that belonged to various Kurdish political organizations,” and as a result of that, “Most of the young Kurdish men and women received democratic values and human rights as primary elements of political work.”

Before the revolution, Dehair worked as an English teacher and contributed to editing a Kurdish newspaper for a time. This is what pushed her to become interested and focus on human rights issues, especially issues of women, who were “suffering from three forms of oppression: from the Syrian regime twice, as Kurds and opposition Syrians, and a third time from society, because they are women.”

Dehair focuses on Syrian women and children in the country and in camps in countries of refuge, while her organization Takhi has tried to raise awareness of citizens working in professions and normal laborers of their rights.

Dehair believes that her organization’s work has made a difference in the field of providing international investigations with important reports on war crimes carried out in Syria, especially by the Islamic State (ISIS) group.