Who lives in these tents, and how do they survive there in this cold? Zeitoun speaks with displaced residents in opposition-held Idleb 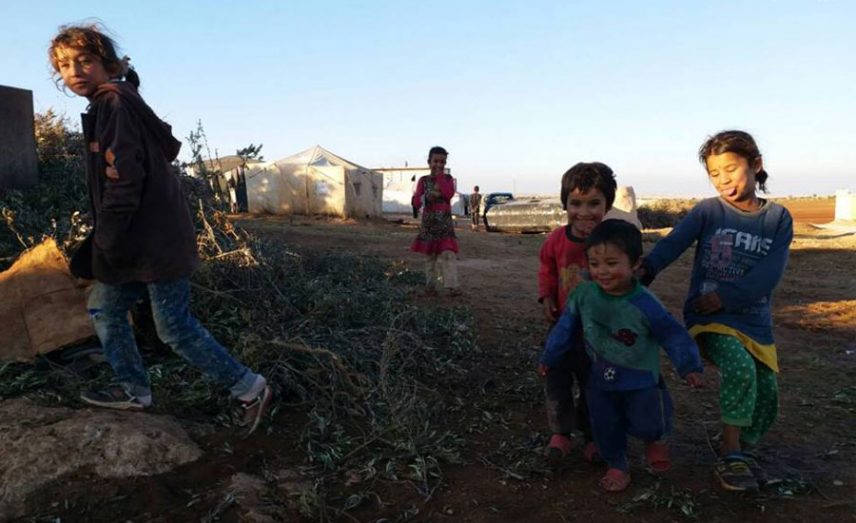 With a new winter comes more biting temperatures which are expected to reach the peak of their drop in the remaining few days of this year, making you tremble with fear when you sit in your home, even next to your heater — so how could one live in a tent?

You walk on Idleb’s streets and you see a pale, colored tent, scattered on its sides, resisting neither the heat of summer or the cold of winter, and it brings many questions to your mind: “Who lives in these tents, I wonder? And why? And how do they live there in this cold?”

In one of the tents distributed on the road between the city of Banash and the town of Aafas lives Fadi Sabih, known as Abou Fouad, who was displaced from the town of Al-Atashana in the northern Hama countryside along with his family of seven, who are trying to adapt as much as possible to their living demands. After four years of displacement they have lived a year in this tent.

It never occurred to Sabih that the tent he was using over summer, in his work grazing livestock and shepherding, would turn into a permanent house for him and his family in place of his beautiful home of stone where his sons were born.

“We have lived in these tents for about a year and we have not received any aid from any organization or entity, and we even made the tent although some of our friends gave us some money as help from time to time, whenever they are able and as they can,” Sabih told Zeitoun.

He added: “My three sons — Fouad, Khalil and Abdel Jabar — and I work on setting up and transporting irrigation lines in the agricultural land around our tent to get a bit of money to help us survive. At the same time we secure the water we need by filling a 1000-liter tank from this agricultural land. But in the winter there is very little work.”

In an attempt to overcome the electricity problem, Sabih bought a panel to generate electricity through solar power and operate the lights at night.

As for heating, the problem that Sabih’s family suffers from is greater, and to reduce its severity he gathers a small amount of wood, and in the evening lights it outside his tent, which has become his unexpected permanent residence, and waits for it to become coal to put it inside the house in order to give his family some warmth.

The situation is similarly dire for education, however it is the only problem for which Sabih has not found a solution, as all his sons are currently without access to education. His son Fouad should be in the eighth grade, Khalil in the ninth, and Abdel Jabar in the seventh. However, Sabih’s 4-year-old daughter Ghadeer is receiving her education unlike her brothers. He said he still has hope that the conditions will improve.