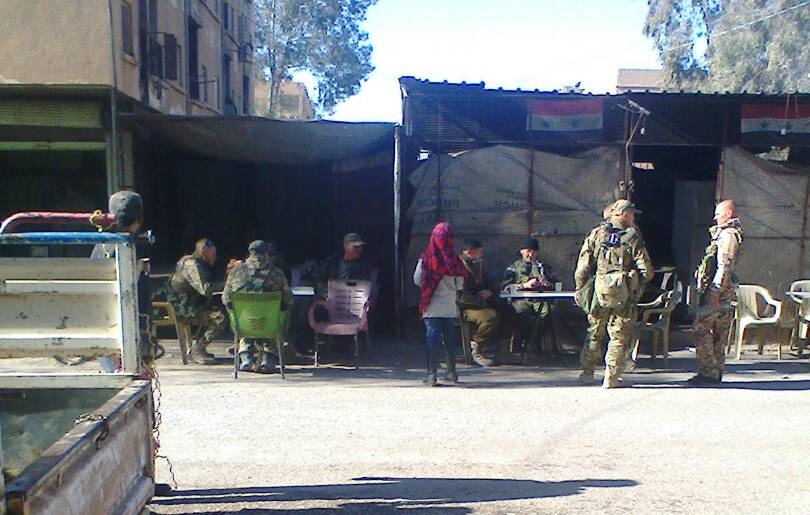 In the black markets in Deir-ez-Zor city, which extend from Al-Wadi street on the outskirts of the Al-Joura district to the main streets in the Al-Qasour district, three levels of stolen goods are distinguishable with three types of thieves.

The first level is for heavy goods: cars, tractors, large quantities of seeds, luxury bedrooms and reception rooms, which are offered by commanders and fighters under regime General Suheil al-Hassan in what is known as the Tiger Forces.

The second level is for medium goods: refrigerators, washing machines and sometimes single heads of cattle or sheep, agricultural equipment and other items from the pro-regime Liwa al-Quds Palestinian militia and intelligence agencies.

The third level is for light goods: carpets, blankets, kitchen goods, chickens, bicycles and bathroom items and other merchandise offered by the soldiers of the regime army and the National Defense militia. Deals are made without much bartering alongside cars bearing the stolen items, and both sides — buyer and seller — feel they have won.

Ahmed, not his real name, says that the regime opponents in Deir-ez-Zor city are distinguished from their supporters through their position on stolen goods, and sees signs of “cynicism and deception on the face of every one buying something who knows well that it is stolen.”

Like tens of thousands of others, Ahmed has endured the terrible siege which was imposed by the Islamic State (ISIS) organization on the part of the city under regime control. Despite this he still maintains his opposition to the regime as it is the “origin of the scourge,” as he put it. He remembers days of the siege awaiting aid parachutes and the conflict which he endured on the ground, and how the flour would fall from torn bags or the oil would spill from its containers and would be pulled with a sponge from the earth.

Today, the Russian soldiers add another dimension to the scene in Deir-ez-Zor, especially when their cars run in the side streets to offer cans and rice and oil packets which they gathered or stole from their units’ food stores. The people prefer to buy from them because of the quality and low prices of their goods. In a cafe opened in a house garden where they have become accustomed to relaxing, a child approaches one of the Russians and asks: “Are you Chechen?” The soldier shakes his head smiling, and it seems the owner of the cafe is delighted with these customers, because they are “more merciful than others,” he says.

Days ago, a Quds Force car hit a woman and continued on its way without stopping for even a moment. No one tried to stop the car or to pursue it as in the past. Indeed, no one yelled an insult in protest, and passersby merely treated the victim silently. The tones of voices have changed, and many words have entered into daily vocabulary while others have disappeared. The features of people’s faces have changed and seem older than their true ages because of the hunger and terror from the past years. With complete their violation they have lost even the fearless looks.

“Humiliation and indignity,” says Ahmed, “We are not Deir-ez-Zor and there is not much of it left between us. Deir-ez-Zor is the people who said no and still say no.” Ahmed represents a very few who link the tragedy of Deir-ez-Zor to its broader Syrian context. Meanwhile many people’s concerns are limited to keeping from starving to death and to avoid the evils of the security and militia forces, reconciling with them, or avoiding them and bearing them any way they can.