Diab's time in Hassakeh comes to an end following a distinguished career as the regime's top man in the northern province, Zaman al-Wasl writes 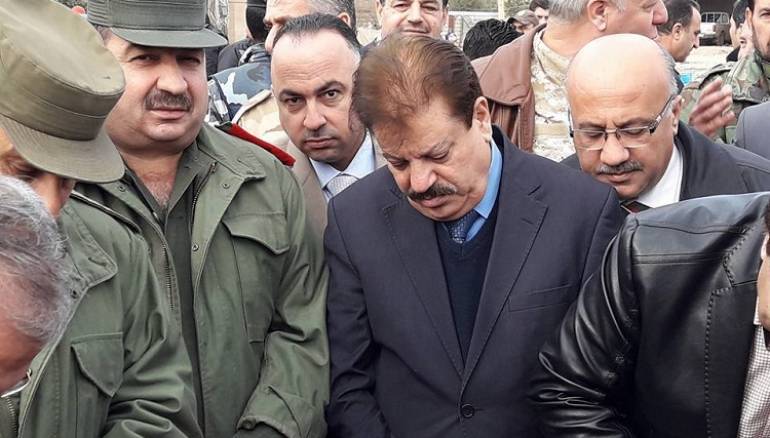 Syrian President Bashar al-Assad has removed the head of the military security branch in Hassakeh, Gen. Ali Diab, ordering an “end to his mission” in one of Syria’s most ethnically and religiously complicated provinces.

As the regime's top man in Hassakeh, Diab spearheaded most agreements between the Assad regime and the Kurdistan Workers’ Party (PKK) and People’s Protection Units (YPG) militias, including the arming of these groups to guarantee their expansion along the long border between Turkey and Syria, making them Assad’s claw in confronting Ankara.

During the Lebanese civil war, Diab was an intelligence officer responsible for a part of the Bekaa Valley in Lebanon in the days of the “Syrian guardianship,” when this valley was a playground for the PKK and its leader Abdullah Ocalan.

In the autumn of 2016, Gen. Hayez al-Moussa was installed as governor of Hassakeh, putting the people of the province between the jaws of two criminals of an exceptional breed. Diab had a history deep in the service of the Assad regime’s sinister aims, while Moussa headed the most infamous military air base in Syria, Al-Dumayr, where he was one of the most powerful officers. Both men were clear in words in deeds in the attempt to destroy the revolution.

What makes Dhiab and Moussa even more exceptional is that they are both from the Sunni sect, from the provinces of Quneitra and Hama, respectively, both areas which have terrible memories of the Assad regime. It is rare, if not impossible, for the regime to bring together two Sunnis in sensitive positions in the same area.

In the summer of 2016, rumors (which were later proven untrue) claimed Diab was being recalled by Assad because of armed clashes between the regime and the YPG. The reports claimed that fighting had reached the point of threatening the regime’s presence entirely in Hassakeh, especially in Qamishli.