Although much has been done to ensure the return of displaced to the former ISIS stronghold, a lack of proper services still plagues the city, Raqqa Post reports 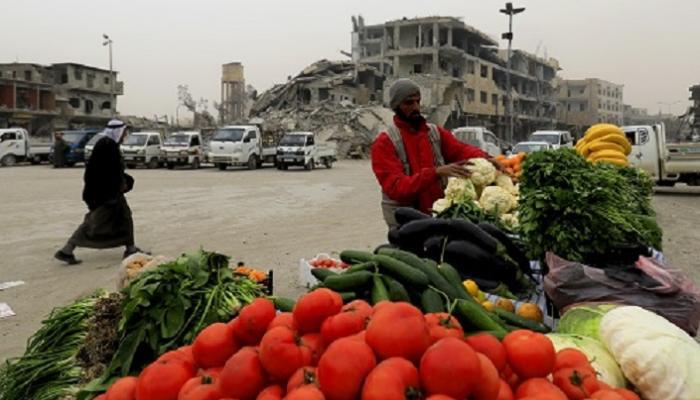 The news of continued deaths from exploding ordinance in Raqqa confirms that operations to demine the city is moving slowly. Despite reports that a number of technical teams are carrying out demining operations, most have stopped work during the Christmas and New Year holidays, with only some volunteers and paid workers remaining to work in detection and clearing houses of mines.

The Al-Harmal Journal page has documented 175 people, including 56 children and 57 women, killed by mine explosions in the city of Raqqa during the period spanning Oct. 17, 2017 to the end of that year. Arwa al-Mahawish, a journalist who oversees the documentation, said that the number of martyrs who have died in Raqqa since the start of the battle for its liberation is 1,260 civilians, including 729 who were killed by the U.S.-led international coalition and 66 others who were killed by Russia’s aircraft. She added that 39 people were also killed by snipers and 14 died drowning while fleeing the area of clashes in Raqqa city, while 14 people were killed by members of the Islamic State (ISIS) and 73 others who were killed by artillery fire from the Western-backed Syrian Democratic Forces.

According to Dr. Firas Mamdouh al-Fahed’s page, the Raqqa Civil Council is still cleaning the city’s districts of rubble and destruction. He says that the council’s reconstruction committee has cleaned districts, opened roads and removed obstacles and rubble from the main and side streets to prepare for the return of residents to their homes.

Raqqa city has seen the return of a good number of people to their homes, and the streets have witnessed the reappearance of vendors. A number of bakeries have opened, especially in the districts of Al-Mashlab and Al-Rumaila, and signs of life have returned to the city with the opening of a number of stores with foodstuff, fruits and vegetables.

The people of Raqqa have not waited to revive their city, but the signs of reconstruction have appeared through personal initiatives to open the roads and streets and restore destroyed homes amid reports that confirm a scarcity of labor and the rising prices of building materials — despite their availability — and an increase in the wages of laborers, carpenters and metalworkers.

In another context, the SDF organized a march against the Damascus regime, calling for the brotherhood of peoples, the establishment of a federalist system in Syria, ending centralized decision-making and the defense of women’s rights. The march bore signs, images and slogans of the Democratic Union Party (PYD) and Kurdish leader Abdullah Ocalan. The scene called to mind the Assad regime’s marches in support and renewal of allegiance to entrench dictatorship and repression, but in a new form.

Raqqa city, after all this destruction, is awaiting the arrival of fresh drinking water and the gradual return of electricity. Meanwhile, many are affected by the repair of the sanitation network, especially in light of the winter months. With the rapid return of Raqqa’s residents to their stricken city, and with the absence of proper sanitation, the situation could lead to the appearance of diseases or epidemics as the summer months approach, given the lack of hospitals and the stoppage of the health sector in Raqqa.

In this regard, material capabilities are still limited and promises which the West has made in the issue of reconstruction are just ink on paper. Hopes remain of restoring the health sector and providing medicine and medical supplies, as calls continue for doctors to return to Raqqa as well. Efforts have also been taken to revive the agricultural sector and rehabilitate irrigation channels and pumps. Meanwhile, the educational issue is also coming to the forefront of restoring life to Raqqa as teachers and students await the reopening of schools.