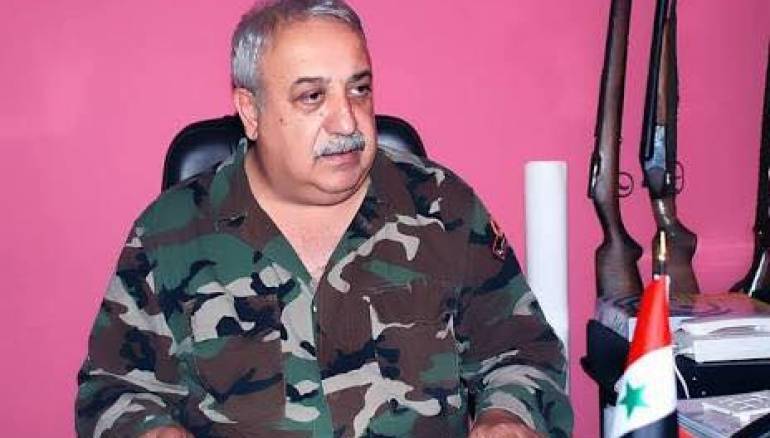 As the military operation in Afrin continues to form a new scene in the north of Syria with the force of military action, its repercussions continue to have effects at the political level on the states and parties involved, even for militias structured on sectarian grounds.

The operation ordered by Turkish President Recep Tayyip Erdogan has succeeded in driving a wedge between members of one of the most visible sectarian militias, namely the (pro-regime) “Syrian Resistance” militia led by the war criminal Mihrac Ural (Ali Kayal), according to sources.

Informed sources reported that the military action initiated by Turkey against the People’s Protection Units (YPG) and its collaborators has led to a clear rift in the opinions between prominent leaders in the Syrian Resistance, despite its ties to the Alawite sect.

The sensitivity of the current rift has increased vertically, and is based on nationalist ground among the militia, Turkish Alawite leaders and their Syrian Alawite counterparts.

A senior Syrian Alawite leader in the militia has placed the YPG and Kurdistan Workers’ Party (PKK) into one basket, thereby adopting Ankara’s vision that the YPG is the PKK’s arm in Syria.

This influential figure sees the Syrian army’s entry into Afrin and the extension of its authority (without others) over the region as the best solution, noting that PKK mercenaries are foreigners and not Syrians. As such they are mostly Turks with a suspicious relationship with outsiders, so their acceptance is completely incompatible with "Syrian sovereignty."

In contrast, the voices of the Turkish Alawites in the Syrian Resistance militia are clearly inclined toward the rescue of the PKK and YPG on the pretext that they can talk to the Kurdish groups in contrast to the Turkish occupier.

The views of the Turkish Alawite wing in the Syrian Resistance militia regarding the Afrin operation — and the need for public and direct intervention by the Assad regime — appear to be proportionate to the historical context of the relationship between the two parties, the PKK and the Syrian Resistance and its relation with Abdullah Ocalan. These relations are based on sectarian and political rivalries, which have become deeply rooted in the Syrian Alawite wing, even before President Bashar al-Assad publicly declared his clear position on the Kurds, calling them traitors.

Based on Assad's position, the Syrian Alawite wing of the Syrian Resistance changed position in line with the president on the grounds that any disobedience to the orders of his leadership opposes Alawite interests in Syria. This is the same approach used under the late Hafez al-Assad when he held a monopoly over the sect, convincing its members that their interests lie hand in hand with his.

In light of this rift that resulted from the Afrin operation, the statement that the Syrian Resistance militia rushed to issue a few days ago in response to the operation, in which it confirmed it would stand beside the Kurdish militias that govern Afrin, seems to be mere ink on paper. Meanwhile, Assad is studying his gains and losses from the operation and is measuring his personal interests before sending orders wrapped in the sect’s interest.

The Syrian Resistance is the most important sectarian militia invested in by the regime to strengthen the Alawite sect, and continues to recruit fighters in areas of distribution in both Turkey and Syria. It is one of the most prominent militias used by the regime to defend its strongholds in the coastal region, armed with approach of genocide and sectarian forced displacement, and leaving behind a scene of massacres against Syrian Sunnis — something the group’s leader Ural publicly acknowledged in the Summer of 2013.