The use of depressants is increasing among women who hope to escape difficulties worsened by the state of conflict, Ain al-Medina reports 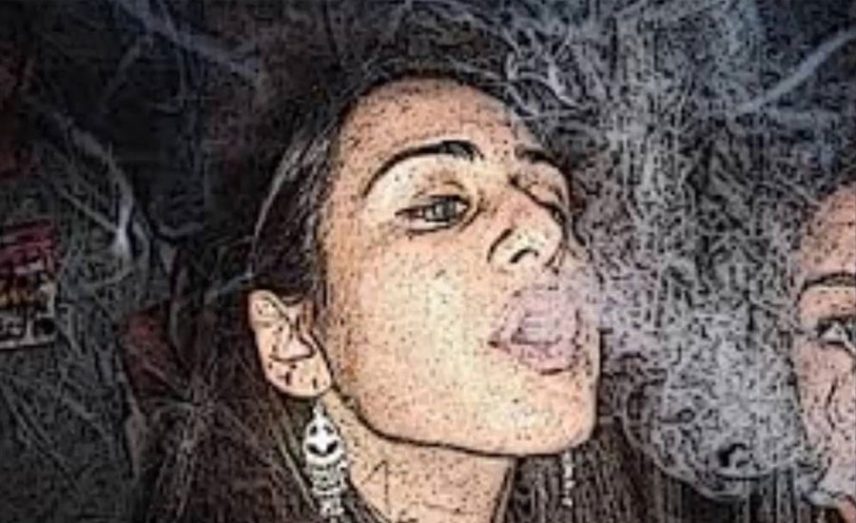 In a society drowning in war, the use of hashish is spreading among young women, adding fuel to the fire. Many see nothing wrong in using it, especially given that the drug does not have a bad reputation with regards to addiction and habituation, even if it does not seem socially prim.

Lama, a 28-year-old dentist, says: “Every so often, I get a piece [of hash] and smoke it. It helps me relax and get on with my life.” Lama does not feel embarrassed about acknowledging that she smokes hashish in front of her relatives, and believes that there is social alarmism regarding its effects and addictiveness, especially given that it is a substance sold legally in some countries.

Regarding its availability, Lama said: “I haven’t had a problem getting what I need until recently.” But a security crackdown has begun to target hash, despite it being broadly available in recent years with the state facilitating its spread in the market. In Lama’s view, the issue is most likely related to the control of some traders over the market, as the hash market in the country is controlled by a few influential figures in the state who compete among themselves, with this competition sometimes leading to chaos.

Randa, 32, is an economics graduate working in a bank. Years ago, she fell from a chair her brother had pulled out from beneath her as a joke. She fell and injured her back severely and was bedridden for a full year. After the treatment ended, through various methods, the pain did not stop.

“I couldn’t sleep at night, and I tried everything — the pain would be caused by cold, tiredness, fear, and with the war, it was impossible for me to relax. The anxiety was constant and the pain never went away,” she explained. As the pain became chronic, Randa began to use painkillers. “One tramadol pill was enough to stop the pain. With time, one pill became two, and then three as I got used to it.”

Randa’s suffering made her accustomed to the most common opioid painkillers. “I don’t know how that happened. Maybe frustration, maybe despair, maybe the situation.” She tried repeatedly to get rid of the pain, as she underwent treatment in the house under doctor’s supervision multiple times. She failed in all her attempts. “It was like I was spinning in a vicious cycle. Every time I stopped the painkillers, the pain came back again,” she said.

Rania’s mother died when she was 3 years old and her father remarried to a woman who turned the child’s life into hell. “My father died before I was 15, and it was impossible for me to stay living with his wife. I moved from house to house with relatives and friends.” Life threw her from here to there — sometimes relatives helped her while others abandoned her. When she was 19, she wedded for the first time to one of her relatives in a marriage of convenience. “When he hit me for the first time, I went to the pharmacy and they gave me a powerful painkiller, co-proxamol.”

Rania’s marriage did not end until after she had become addicted to co-proxamol. “I was taking a packet every day to sleep. I couldn’t eat, I couldn’t bear life.” All her attempts to give it up ended in failure. Later, she married a second time, and when she was unable to bear children, her husband took her to Lebanon for treatment, where she was entered into rehab twice. “God gave me a second husband who was decent and respectful and understood my situation,” she said.

Rania fought her addiction to painkillers and rid herself of them, but five years ago, with the war and the spread of hash, she switched to smoking. She believed that it was less harmful than the painkillers, but now she suffers from depression and mood swings when she goes without it.