Moscow and Washington's shared interests with Ankara run deeper than those with their Kurdish allies, Souriatna writes 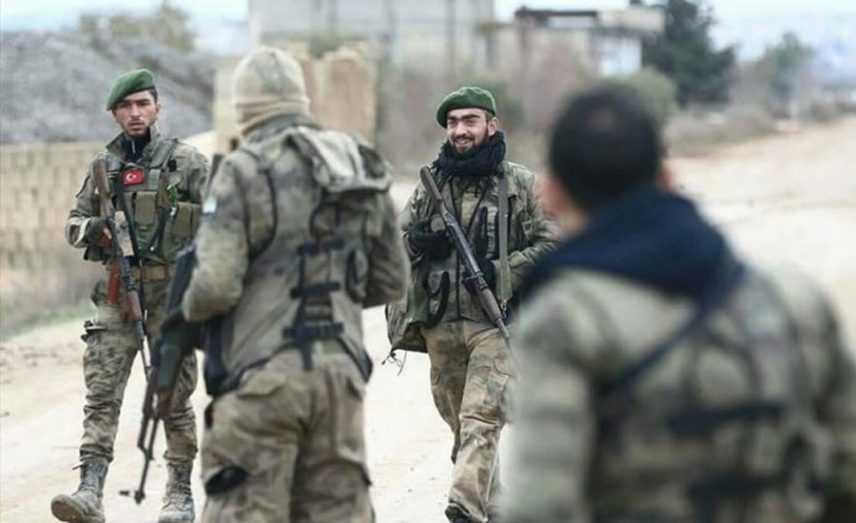 With the start of the Turkish-led Operation Olive Branch, it has become clear that its ambitions extend beyond the city of Afrin, and that it aims to end the People’s Protection Units (YPG) presence west of the Euphrates, and possibly up to the Iraqi border, after the Kurdish group’s allies have begun to abandon it.

With the battle for Afrin entering its second week, the Free Syrian Army, in cooperation with Turkish forces and supported by Turkish air and artillery cover, seized more than 20 strategic positions and villages around the city of Afrin, most prominently Jabal Barsaya and a number of hills in the Rajou area, in addition to killing 484 members of the YPG.

After the battle began, Turkish long-term ambitions started to become clear through the statements of President Recep Tayyip Erdogan that a military operation in Manbij will follow the cleansing of Afrin, and could extend to clearing the northern area of “terrorists,” up to the Iraqi border.

Turkish warplanes last Wednesday struck for the first time YPG positions between the villages of Al-Dandaliya and Al-Sayada northwest of Manbij.

Military analyst Mahmoud Ibrahim told Souriatina that “the Afrin operation is a very long-term operation, through which it wants to reach deals with the Russians and Americans and Iranians and even the [Iraqi Kurdish] Qandil group. If Turkey leaves Afrin safely, it is possible it could head to Manbij, but I do not think that Turkey will finish the Afrin battle soon.”

Member of the Syrian National Democratic Bloc Saed al-Shakhlha said that “the Turkish military operation will continue and in all likelihood it will manage to take Arab-majority areas in the Aleppo countryside, including Manbij, while the Turkish operation will be slower in areas with Kurdish majorities. The Turkish government does not want to cleanse the areas of Kurds, but wants to, as the popular expression goes, clip their feathers, and return them to the role of defender. It is not in their interests to totally expel Kurdish villages and open the doors to expulsion.”

The statements of Turkish officers and Erdogan have revealed that the operation will target both Manbij and Afrin at a depth of 30 kilometers, and this will apply to the Tell Rifaat operation as well. But the issue is also related to the position of Russia, who really controls the city and the Managh air base around it.

It also seems that the Afrin battle has been enough to confirm that the link between Russia, the United States and the YPG was on the basis of interest, but with an approaching crossroads, both Washington and Moscow have stood with Ankara because of their common interests, and have therefore abandoned the YPG.

U.S. National Security Adviser Gen. H.R. McMaster agreed with the Turkish presidency's spokesman Ibrahim Kalin on stopping weapons supplies to the Democratic Union Party (PYD), which is in charge of the YPG.

Some PYD forces are included on America’s list of terrorist groups in Syria, because it is a branch of the Kurdistan Workers’ Party.

In response, the Kurdish YPG took the American flag off the customs building at the Syrian border gate in the city of Tell Abyad in the Raqqa countryside, one of their most important bases, according to the Turkish Anadolu news agency.

Russia has also decided to abandon the YPG after it pulled its forces out of Afrin to Tell Rifaat. Franz Klintsevich, the first deputy chairman of the Russian Federation Council Committee on Defense and Security, said that his country would not intervene militarily if there was fighting between Syrian President Bashar al-Assad’s forces and the Turkish army with the start of the Afrin operation.

Commenting on that, YPG commander Sipan Hemo told Reuters: “Russia betrayed Syria’s Kurds when it allowed the Turkish operation in Afrin,” adding that, “The Assad regime informed the YPG that Moscow had prevented its forces from responding to the Turkish army or giving support.”

The Self-Administration in Afrin called on Assad’s regime to “carry out its sovereign duty toward Afrin and defend its borders with Turkey from attack,” but the regime has not made any comment.

At the same time as the Afrin operation, the United States has put forward the idea of establishing a safe zone in northern Syria with Turkey, but ambiguity surrounds the proposal and how it would be implemented.

The military analyst Mahmoud Ibrahim said that “America is not talking about a safe zone, but about a secure, narrow strip of no more than 4 km on part of the Turkish border, not all of it, so residents can gather there, while Turkey rejects this and wants a 30-km safe zone, which America has not agreed to.”