The competing ideologies of rebel groups in Syria's north have riven families apart, according to Enab Baladi 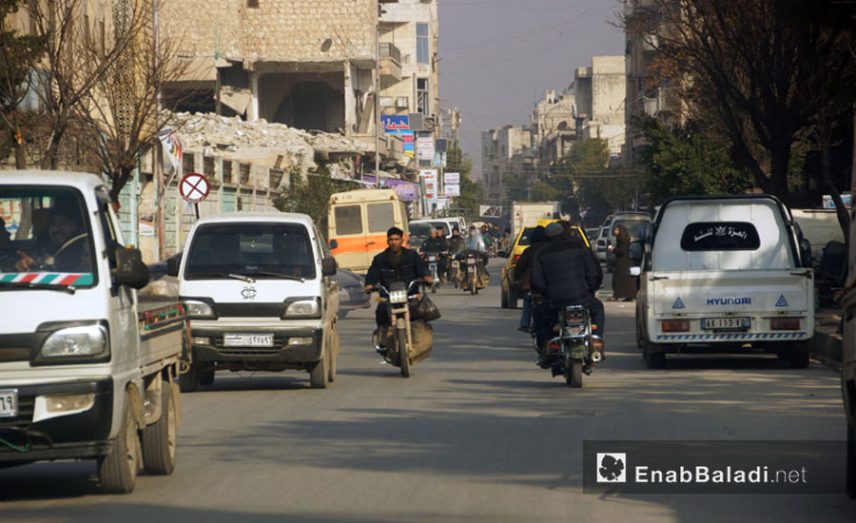 Disputes within a single house of a family in Idleb province have escalated, with relatives spread between conflicting parties, in support or against, amid continuing internal fighting between Hay'at Tahrir al-Sham and Jabhat Tahrir Suria (Syrian Liberation Front), which entered its second week without clarity in the map of control on the ground.

With the escalating rivalry between the two sides, questions have begun to occur to civilians in Idleb, including: “Is it possible for a brother to kill a brother if he is in a rival group?”

Perhaps the biggest example of the phenomenon appeared at the level of commanders of the two groups, as it was concealed from many that the father of the general Sharia judge in HTS, Abdel Raheem Anton, known by the name of Abu Abdullah al-Shami, was working as a Sharia judge in Ahrar al-Sham, with the name of Abdel Haleem.

When Abdel Haleem learned about the Hay'at's general Sharia judge and his words, constant instructions to fighters and escalation against Tahrir Suria (which includes the Zinki movement and Ahrar al-Sham), the father on the opposing side then directed the movement’s fighters to battle.

Disputes in a single house have reached the point of killing, and Mohamad al-Youssef, who has experienced frequent such conflicts according to a fighter in a rebel group, said that “sibling fighters who belong to rival groups is nothing new, and in some cases there have been killings directly because of the methods of the groups.”

Killings of a brother, father or mother with the accusation of “apostasy” have occurred since the ideas of the Islamic State (ISIS) organization spread, according to Youssef, who told Enab Baladi that he has had disagreements with his brother because of Sharia rulings and cut him off for two months, with relations going back to normal after that.

Setting aside the dispute between father and son

Abdel Rizak Farqan works as a fighter in Jabhat Tahrir Suria and told Enab Baladi that his father is working with HTS, but that he lives with him in the same house without ever discussing the fighting.

“We do not discuss the issue of fighting, as everyone has his own ideas and principles,” Farqan said, adding: “It is enough to say ‘go and come back safely,’ when leaving the house."

“I worry about him, and the nature of his aid work with the Hay'at may have reduced the severity of the dispute between us,” he said.

Farqan and his father often ask each other for advice, and he says the issue is treated “appropriately.”

Enab Baladi tried to obtain a response or clarification from rival groups in Idleb about the issue, but did not receive a reply. Most of those who commented on the phenomenon think that the issue reaching the point of killing was dangerous, while others sensed a trend of some fighters giving up fighting, unrelated to the issue of disputes of ideology between relatives.