Residents who remained are calling for the displaced to return, according to Sada al-Sham 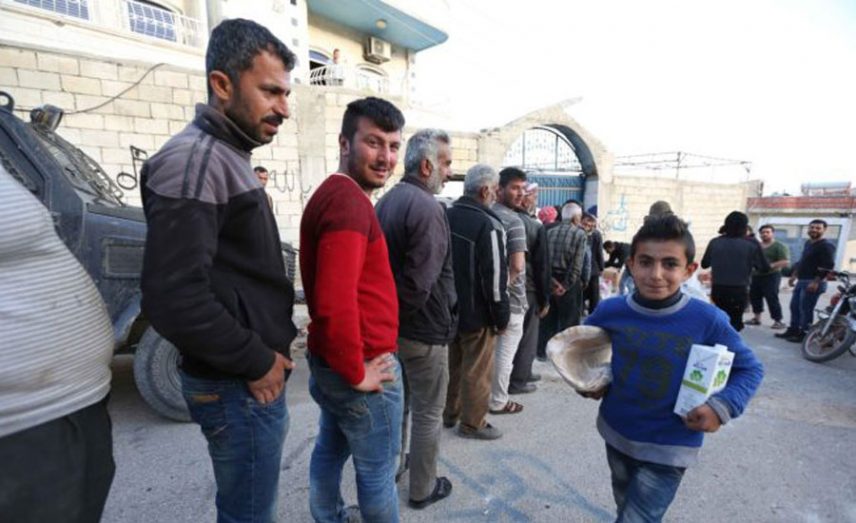 When you walk in the districts of the city you find the marks of bullets on the walls, and there are also some walls that were destroyed whose rubble has been removed, giving the impression the city has not been through war.

The city's residents say the Kurdish People’s Protection Units (YPG) militia withdrew from the city before the Free Syrian Army and Turkish army reached the city.

Traffic has returned to the city and the markets have opened, although it is limited, indicating that there are those who have refused to leave and others who have refused to return, and that it is not possible to ignore some of the violations which the FSA members have carried out in terms of looting.

Abu Abdou, a Syrian in his 70s who has lived in Afrin since his birth, remained with his father and refused to leave, and called on those who had left to come back, telling Sada al-Sham that everything had returned to the city in terms of services.

With the markets gradually returning to work, so the bakeries have begun to produce bread.

Dozens of women, children and elderly stand in a line before a bread distribution center in one of the city’s districts, indicating that the largest number of people who fled were men and young men, out of fear of arrest or because they belonged to the Kurdish YPG militia.

On the other side of the street stands a car carrying barrels filled with fuel, which has taken the street corner as a base near a patrol of FSA fighters. Its owner has placed prices of gas and mazot on it, saying in an interview with Sada al-Sham that the fuel came by way of Azaz to Afrin.

The fuel seller, Qassem al-Hallab, talks about the light traffic in the market, saying it is because the city is almost empty of residents and many families are still displaced in the areas of Tel Rifaat and the environs of Nubl and Zahraa, north of Aleppo. He recommended they return, "because the FSA has not acted badly and has punished those who have looted houses.”

Some restaurants have also opened, but they are few, with just grilled chicken and some food such as hummus, falafel and fuul. Demand is relatively good, according to a restaurant owner, who said that life has begun to come back, although there are not as many customers as before because few families have returned to the city.

He added that most of the civilians were displaced out of fear of the bombardment and that they have not yet dared to return. Those who went to Qamishli and Hassakeh were families of YPG members, while the rest did nothing but remain fearful in areas and shelter centers near Nubl and Zahraa, and the regime has not allowed them to go back to Aleppo.

Vegetables, fruits and foodstuffs mostly come from the Azaz area, according to a commander in the FSA. He added that before traders’ vehicles enter Afrin, several batches of foodstuffs are distributed to the villages and city in the Afrin area by organizations working there.

The Syrian Civil Defense also entered into Afrin and began its activities there again, four years after the YPG closed its center in the city, starting an operation to clean the streets in the city and in nearby villages, in addition to carrying out other tasks.

A Civil Defense official told Sada al-Sham that they were ready to work for Syrians of all types in any area, and if the YPG had not closed its office in the past it would not have left, as Afrin is part of Syria and its people and residents are Syrian.

The National Coalition for Syrian Revolutionary and Opposition Forces announced on Thursday, April 12, that it had elected members of the local council for the city of Afrin in the Aleppo countryside, which the FSA took with Turkish support more than 20 day ago.

The Coalition said on its official website that it had elected a president for the council and 20 members, with the attendance of the Coalition head Abdel Rahman Mustafa and the head of the Syrian Interim Government, Jawad Abu Hatab.

He added that the local Afrin council’s election was a first step on the road to electing a number of local councils for all parts of the area which is under the authority of the Free Aleppo Province Council, with the aim of restoring stability and ensuring the return of displaced people to their homes and land.