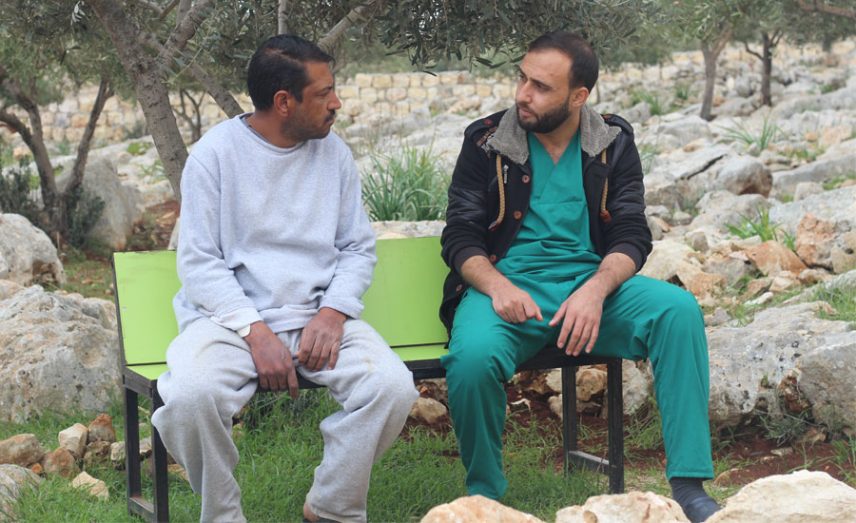 The Syrian Union of Medical Care and Relief Organizations (UOSSM) has opened a treatment center for mental illnesses in the city of Sarmada in the Idleb countryside, in response to the increasing psychological pressures on residents as a result of the war.

The center was established in cooperation with the World Health Organization and the UOSSM in light of the lack of any center offering psychological care in Idleb province.

The medical staff at the center includes four academically qualified doctors, in addition to six nurses and a specialist psychologist to oversee them.

Mental illness specialist Mohamed Satou told Souriatna: “The opening of this center is important given the increasing rates and prevalence of mental disorders in light of the ongoing war, while the center is the transfer point for all primary health centers with regards to mental and psychological disorders, who can transfer them to the treatment center in Sarmada.”

The center has 20 beds and there is a wing for men and another for women. The center receives adults and in some cases patients between 16 and 18 years old.

Satou said that “there were treatment plans made by a specialist doctor and if there are any psychological interventions, psychological guidance is given by counselors.”

He added: “The patient undergoes an initial diagnosis to be accepted into the center, and this is likely to change if there are not symptoms or apparent signs.”

The center offers physical, mental and entertainment activities for patients, in addition to cognitive behavioral therapy, with the aim of overcoming shocks they have experienced.

The center’s director Saher Fadel said that “the center includes an internal clinic within the hospital that oversees patients, in addition to an external clinic reviewing the patients who visit and offering them free psychological treatment and medications. At the same time intractable cases are transferred to the hospital.”

The center carries out field tours through two mobile clinics to cover difficult-to-reach areas or those which are far from the hospital.

Each mobile clinic includes a psychologist and psychological support workers and social health workers, with the aim of offering psychological assistance and spreading awareness.