Damascus is looking to cover the costs of its battles and debt to Russia and Iran, Souriatna reports 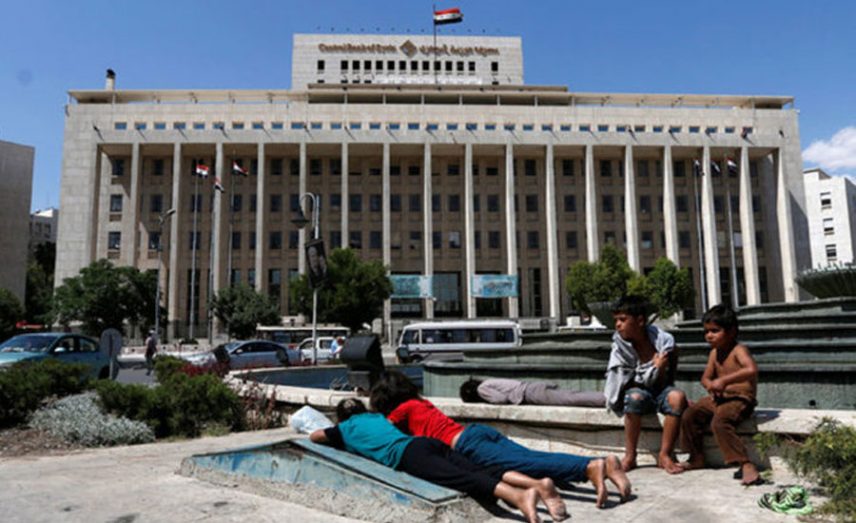 The regime’s Syrian Central Bank announced that it was beginning to issue treasury bills, calling on citizens to deposit their money in the Central Bank in exchange for attractive interest, which has raised questions around the regime’s purposes in issuing treasury bills at this time, and what the positive and negative aspects of these bills could be.

The banking sector hopes to obtain many long-term deposits, given the conditions, facilities and profits which the depositors will gain.

The Tishreen newspaper said that these deposits will contribute to improving management of the Central Bank’s monetary policy by providing new tools at the level of administering liquidity, in addition to attracting a broad segment of savers to the banking sector.

However, Syrian economist Melhem Jazmati told Souriatna: “The regime’s purpose by issuing the treasury bills is to remove the surplus cash in the market, which will reduce the amount of local currency in the Syrian market and thereby raise its value against foreign currency while providing the regime with greater monetary liquidity, which will improve its economic situation.”

Economic researcher Mohamad Bakour said: “Treasury bills are the regime’s door to borrowing from its citizens in order to plug the deficit which it suffers from in its economy, especially in light of the major expenses it has incurred as a result of the war, the military battles it has entered into, and especially during the recent battle for the Ghouta, which cost Assad a great deal of money.”

Bakour added that the regime intends to issue treasury bills in dollars as well.

Regarding the positives or negatives of these bills as an investment, Jazamati said: “The Syrian citizen would be the only loser if he buys the treasury bills, especially since the Syrian pound’s value is not stable at all. It isn’t possible to predict the future value of this currency, and so the value of these bills will decrease a lot as time passes, while the pound’s value against foreign currencies will decrease faster than the value of the interest.”

Bakour believes that “the regime most likely will not be able to pay the value of the interest to investors, given its economic deficit, especially since it has not revealed projects in which it could invest these amounts it will borrow, which shows that it will use them to cover its debts – particularly to Iran and Russia.”