More than 50 people have been recorded missing, Zeitoun reports 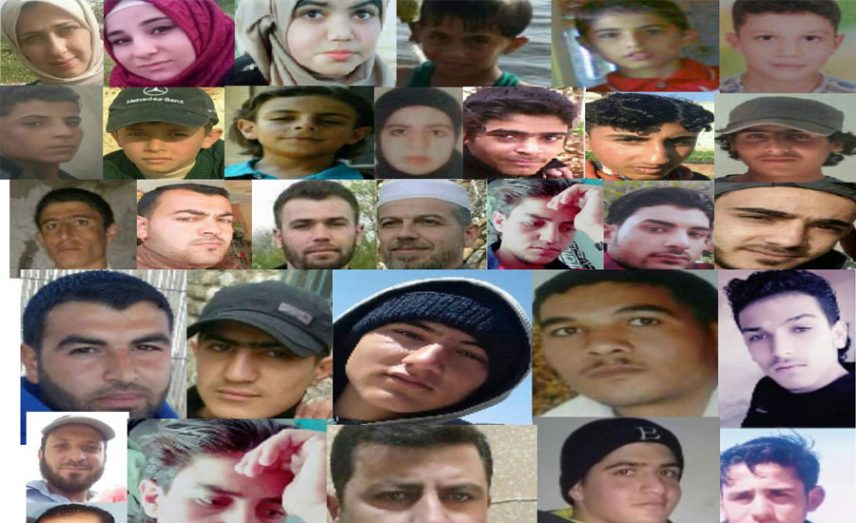 Residents of the city of Saraqeb were shocked by the news of a kidnapping of a woman with her child from her neighborhood without any information about the perpetrators, amid a deteriorating security conditions endured by Idleb province and chaos set by those with weapons, which the rebel groups have not been able to control despite oppressing the residents and many of them participating in the kidnappings.

Sara al-Atrash was kidnapped while heading to the market along with her child in the eastern district of Saraqeb. There was no information about the kidnappers or eyewitnesses to the incident.

Anger has prevailed among residents who have held the rebel groups responsible for their security and safety and asked what they have done apart from fight among themselves.

This was preceded by a kidnapping incident which occurred in the city on April 24 after Omar Ali Obeidein, 55, from the city, disappeared in the Al-Sheikh Mansour area in eastern Saraqeb without any information yet.

The Wounded and Missing Affairs Office in Idleb has recorded since the start of last April up to now more than 50 people missing, including women and children. These include the child Nour Mustafa Rashid, 14, from the town of Aqarbat, who was kidnapped on April 26.

The office also recorded the kidnapping of Hamida Radwan al-Gharib, 22, in the city of Idleb, by masked men who were driving a white van on April 28.

In the city of Kafrenbel, a child named Mohamed bin Mowaffaq al-Shaib al-Abido, 15, was kidnapped after he left his house on the way to school on April 30. There is no information about him yet.

Omar Haytham Louk, 12, also disappeared in front of his house in the place where his family was displaced in the Salqin countryside.

Some attribute the aim of the kidnappings in most cases being for material blackmail and obtaining sums in exchange for releasing the captives.

Residents said that some rebel groups had resorted to kidnappings as a form of imprisonment without giving information about the captives.