Tensions between the SDF and Elite Forces have spilled into open confrontation, Ibrahim Hamidi writes 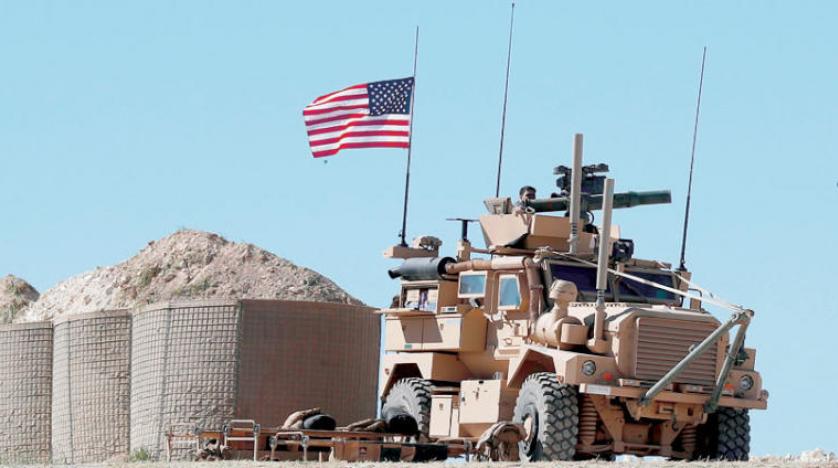 An armed clash occurred in the Deir-ez-Zor countryside over the last two days, which contained many indicators of the likely ethnic, tribal and political complications in the coming stage among Washington’s allies east of the Euphrates – especially as the US administration searches for measures to fill the vacuum after its forces pull out once the Islamic State (ISIS) is eliminated. The possibility of deploying Arab forces in the corner between Syria, Turkey and Iraq has been raised.

Fighting between the Syrian Democratic Forces, of which the Kurdish People’s Protections Units (YPG) are the backbone, and the Arab Elite Forces of the Syrian Tomorrow Movement headed by Ahmed al-Jarba was extinguished by the American presidential envoy to the international coalition against ISIS, Brett McGurk, who contacted his Syrian allies in the war who had participated in the liberation of Raqqa from ISIS.

As for the details: An armed unit of 50 fighters from the SDF, which includes about 60,000 Arab and Kurdish fighters, advanced by night two days ago to the town of Abu Hamam east of Deir-ez-Zor and demanded that Abu Emad, commander of the Elite Forces, hand over weapons, noting that the latter participated in battles against ISIS and in the liberation of Raqqa within the participation of the Elite Forces, which includes 3,000 fighters, alongside the international coalition, and the defeat of ISIS. However, he retreated with his forces to their headquarters and Arab base in the Deir-ez-Zor countryside.

During the verbal argument between the attackers and Abu Emad, the wife of the latter came in and “insulted the fighters of the visiting patrol, which led to an exchange of gunfire and two Kurdish fighters, with Abu Emad’s pregnant wife being wounded,” according to a commander int he Elite Forces.

He added that “A panic ensued, and members of Arab tribes entered and supported Abu Emad. The attackers then withdrew, leaving a car behind them.”

He continued: “The following day, one of the Arab notables went and delivered the car to the leaders [in the SDF] but one of them threatened the mediator that he would tell the Americans to bomb Abu Emad’s headquarters, saying he was in thrall to ISIS.”

High-level communications occurred and the “Arab Council for Al-Jazira and the Euphrates” intervened.

This is a political formation from the three eastern provinces of Deir-ez-Zor, Raqqa and Hassakeh. It includes most of the sheikhs and Arab tribe members of the area and notables of the cities and towns.

It has representation in the Cairo platform and attended the National Dialogue Conference in Russia’s Sochi at the start of the year, and recently issued a statement in which it demanded that the United States and Russia intervene to stop the fighting between the two sides.

The statement, issued on Friday, said: “The Syrian Democratic Forces implemented its threats to carry out a violent attack, which the Elite Forces repulsed at dawn on the 4th of the month. We hold the SDF responsible for this dangerous act which threatens Arab-Kurdish strife and more Syrian bloodshed, and leaves the Jazira and Euphrates area open to all possibilities.”

According to the Elite Forces commander, a second strengthened patrol came to Abu Emad’s house on Friday night after the Arab council issued the statement, and accused the commander of relations with ISIS.

Both sides prepared for a fierce battle which required McGurk to intervene to extinguish the flames of confrontation, especially when informed of the danger of Arab-Kurdish strife erupting east of the Euphrates in areas of American influence.

The attackers withdrew to deep in Syria’s Jazira, but a new element rose to the forefront when Abu Emad’s wife lost her child, which ignited the issue of tribal revenge within the context of Arab-Kurdish tensions, amid Arab tribal leaders already criticizing the conscription by the SDF of young men into their ranks and expanding their influence into majority Arab areas such as Deir-ez-Zor and propagating educational curriculums that praise the Kurdistan Workers’ Party (PKK) leader Abdullah Ocalan, who is imprisoned in Turkey.

The German Press Agency quoted a member of the Arab council as saying that “the main reason for the dispute was that the Kurdish units that control the decision-making rejected the presence of any Arab faction in the area because they comprise a danger for them, especially in light of the Arab tribal members refusing to join the SDF, and heading toward the Elite Forces in an area where there are no Kurds at all.”

In contrast, a Kurdish commander said that the SDF included Arab fighters who comprised half their numbers, denying that there were any efforts to impose Kurdish hegemony and pointing out that they were proposing the northern federation project on the basis of administrative units without ethnic dimensions.

He added the the SDF had begun at the end of the week a Euphrates Storm campaign to eliminate ISIS, which was still in control of an area of between 5,000 to 10,000 square kilometers.