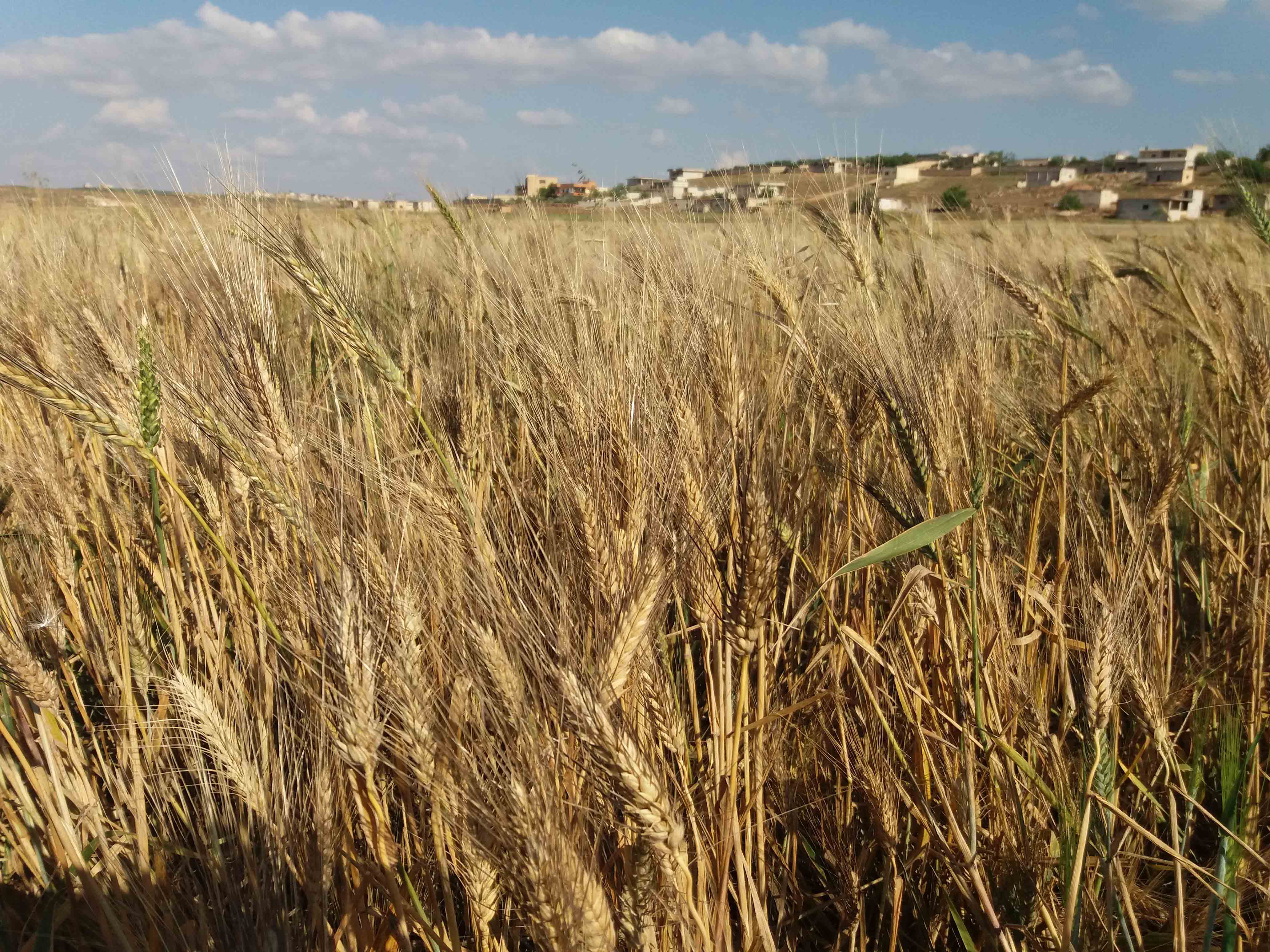 Heavy rain has affected many countries in the region, including Syria, causing flooding, damage to buildings and environmental disasters in major cities.In Idleb province the most devastating damage may be to the agricultural sector. Already exhausted by war, they have now been hit by heavy rain during the harvest period. After a dry winter, the late rains have eliminated what hope still remained.

According to a rainfall table in the liberated north issued by the Idleb Agriculture Directorate on Saturday, May 12, the volume of rainfall during the storm in Idleb varied between 10 mm and 86 mm.

The amount of damage varied, depending on the type of produce, the area, the amount of rainfall and how much water the crops need at this time of year. The crops had already suffered due to the lack of rain over the past few months, especially over March. Conversely, some products have benefited from this at various rates.

Ammar Abu Abdu, a farmer, told Zeitoun: “The rain which has fallen recently has harmed crops at a rate of about 50 percent because of the approaching harvest. The main crops to be harmed were barley, cumin, lentils and Aleppo pistachios, while the rain benefited olives, fruit trees, wheat, anise and chickpeas. It also had a major benefit in raising the groundwater level, while the delay of the rainfall affected rain-fed crops.”

Anas al-Kheder, another farmer, told Zeitoun: “Cumin and lentil crops have been most affected during the recent rain. The rate of damage ranged from 80 to 90 percent, while barley was impacted at a rate of 20 percent. The damage also affected beans. The lack of rain at the beginning of the season, up to March, has led to a reduced crop production by about half compared with the previous season.”

Kheder added: “With regard to beans, lentils and cumin which were impacted, farmers can gather them in piles and sort them once the rain stops and they’ve had enough sun to dry, so that they don’t rot. However, even with these steps, the color of the crop will change, which affects its quality and its price. This is the one solution to reduce the rate of damage.”

For the people most concerned with the agricultural sector, they say that much of the harm to the crops in Idleb was done during the rainfall at the start of May. These include the Head of the Agricultural Affairs and Plant Protection Department in the Agricultural Directorate in Idleb, Abdel Latif Ghazal, who told Zeitoun: “Over the last few days, the rain caused major damage to all crops, most importantly lentils, cumin, wheat, barley and chickpeas. The loss rates of these crops could be over 50 percent. Some fruits or grains were lost to damage, while others were washed away. This is in addition to soil erosion which impacted farmlands in general.”

Farmers from the Idleb countryside have previously told Zeitoun that the rains stopped after March, after the first flowering of the crops, which meant that they needed to be irrigated which was very costly.

The rainstorm had a noticeable impact on prices, which Saleem Rajab, a grain dealer in Idleb told Zeitoun, saying: “The rain had a major impact on the volume of crops and their quality which will, without a doubt, have an impact on the availability of these crops and their quality in the markets — and therefore on their prices.” He expected an increase of more than 20 percent in the prices of wheat and lentils, while cumin was exported more than it was traded in the province’s markets.

Grain dealer Khalid al-Sayed told Zeitoun: “Most of the crops were impacted by the rain, which damaged them at rates of between 25 percent in some crops to 75 percent in others. This will lead to an increase in prices of these crops, but at the same time it was beneficial for some crops and that will also impact their prices.”

The trader Muwaffaq Ismail estimated that the production rate of the crops in the current season was only about 40 percent, and that the rain had decreased the quality of the crops, and that this change will impact prices in addition to other factors that were already affecting the prices.