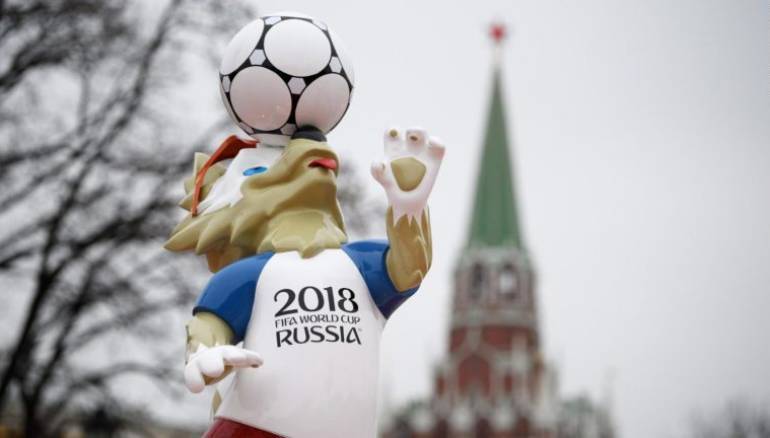 The Syrian Network for Human Rights (SNHR) released a report documenting the most notable violations by Russian forces since the start of its military intervention in Syria on Sep. 30, 2015.

The report entitled “The World Cup is Tainted with the Blood of 6,133 Syrian Civilians Killed by Russia”, noted that Russian warplanes were demolishing buildings and exterminating tens of thousands of Syrians, thousands of kilometers away from Moscow, at a time when Russia was constructing stadiums, hotels, and hospitals as part of its campaign to organize the World Cup. The Russian regime, hence, is a primary partner in the Syrian regime’s serious violations, and itself a direct perpetrator of serious violations.

The report stresses that the World Cup is an opportune moment to remind the world of the atrocities that Russia has perpetrated in Syria and expose its support for the most barbarian regime of the modern age. Pictures of children, women, and civilians who were killed by Russian forces and the hospitals, schools, facilities, and buildings that have been destroyed by the savage, indiscriminate bombardment on tens of Syrian cities and towns have laid bare the barbarian and inhumane facet of the existing Russian regime. This demonstrates that it most certainly does not deserve the opportunity to organize the World Cup, according to the report. It goes on to say that its natural place should be on trial.

The report pinpoints three main points that summarize Russia’s role on the Security Council, which Russia is a permanent member of. It says that Russia has been stabilizing security and peace in Syria through a brutal bombardment that have never been precedented in terms of its intensity and indiscrimination instead of working with the other members of the Security Council on protecting the Syrian people from the daily killings that the Syrian regime has been perpetrating since the very first days of the popular uprising.

According to the report, not only did Russia perpetrate tens of thousands of violations, many of which constitute war crimes, it also shamelessly denied those violations, whether through questioning their occurrence or accusing other parties of being responsible for them. On the other hand, Russia used its veto powers 12 times against any resolution that would condemn, confront, or demand the Syrian regime to be held accountable. This gave the Syrian regime absolute immunity and encouraged it to elevate its violations, including killing, torture, and shelling.

The report stresses that the Russian intervention under the pretense of striking ISIS and al-Nussra was used as a justification for indiscriminate killing and destruction.

The report notes that 6,133 civilians, including 1,761 children and 661 women, were killed by Russian forces who also perpetrated 317 massacres. According to the report, no less than 939 attacks on vital civilian facilities have been documented, including 167 attacks on medical facilities, 140 attacks on mosques, and 55 attacks on markets.

One of the most major ramifications, the report adds, of the Russian offensives along with its two allies, the Syrian and Iranian regime, was the forced displacement no less than 2.5 million individuals.

According to the report, Russian forces have violated the rules of the customary international humanitarian law and the international human rights law which guarantee the right to life. In addition, these indiscriminate attacks were carried out in a non-international armed conflict, which constitutes a war crimes.

The report calls on the Russian regime to immediately compensate the families of the victims who were killed by Russian forces, and those whose homes, shops, and properties were destroyed by Russian bombardments. Moreover, the report calls on the Russian regime to pledge to reconstruct all of the facilities and buildings that were destroyed by its instruments of war, and shoulder the complete economic and moral expenses instead of asking some European states to do so. The report adds that Russia should respect the rules of international humanitarian law and launch wide, impartial investigations into the gross violations Russian forces perpetrated in Syria.

The report also calls on Russia to stop using its veto powers in the Security Council to protect the Syrian regime who has been involved in perpetrating crimes against humanity and war crimes, as well as using chemical weapons.