The battles for influence, a shaky security situation and the possibility of a regime advance is causing confusion in Idleb reports Al-Hal 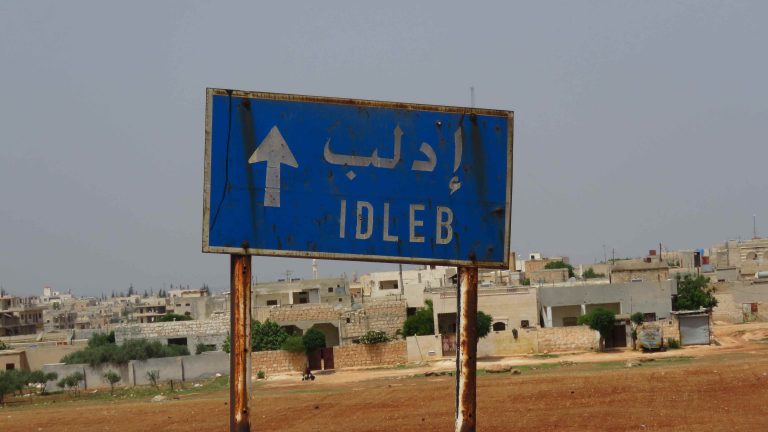 Matters have become increasingly complicated in northern Syria, especially in Idleb province, an area that is now home to three million people after the recent displacements that have been carried out by the regime with Russian sponsorship in the Aleppo, Homs and Hama countrysides and in the eastern and western suburbs of Damascus, as well as the fighting between rebel groups within Idleb and their battle for influence.

The most prominent player is probably Hayyat Tahrir al-Sham (previously Nusra), which has become a source of concern and dissatisfaction among residents. There are fears about what is to come, especially as the regime grows close to restoring control over the southern region. These fears are combined with a discussion about Idleb becoming a destination for the regime, and the international and regional complications.

In Idleb there are other rebel groups, such as Ahrar al-Sham, but Hayyat Tahrir al-Sham took over its bases in Idleb in 2017. There is also the Nureddin al-Zinki movement and Jaish al-Ahrar, which merged and formed the Jabhat Tahrir Suria (Syria Liberation Front), as well as Jaish al-Azza and a number of other small factions.

Since Hayyat Tahrir al-Sham took control of Idleb and imposed its laws, which according to the group’s officials are “imposing God’s laws,” popular discontent among residents has become clear — especially after the group’s arms began to reach into everything, small or large, such as imposing sharia-compliant clothing, collecting taxes, making lists of banned items and prohibition, and pursuing store owners through its so-called “Souad al-Khair”. A number of protests have come out against the group’s practices in the area, and have called on them to leave the area.

Hayyat Tahrir al-Sham has recently tried to exonerate itself from these practices, by marking itself as a military arm, and formed a number of civilian agencies: the Salvation Government, Souad al-Khair, and the NGO Affairs Office. However in truth, the practices of the groups under its authority do not differ from those of its military members, according to the opinions surveyed by the Al-Hal Al-Suri website and through communications with activists in the area.

Abou Al-Nour, an activist from Idleb city, previously told Al-Hal that: “Residents of Idleb are complaining about the behavior of the Souad al-Khair group and their interference in everything, small and large. They pursue storeowners and civilians on the pretext of applying sharia.”

Idleb suffers from a poor security situation, with many assassinations, thefts and kidnappings taking place, as well as Nusra members taking control of the property of people who are absent, claiming they were loyal to the regime.