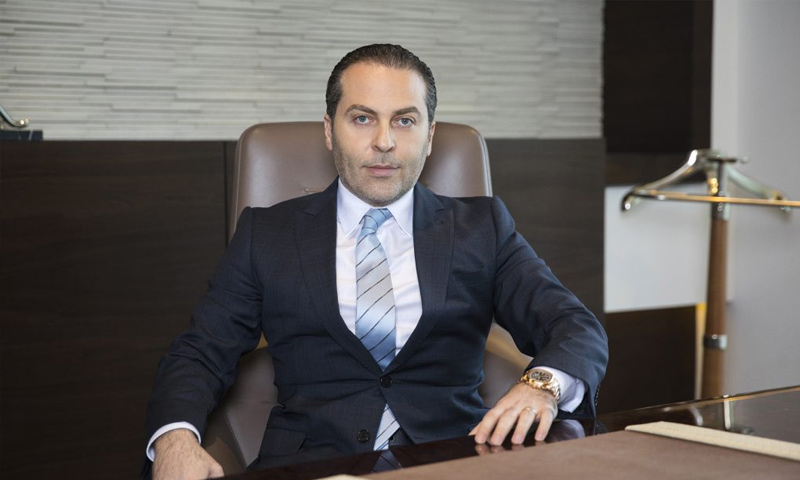 The name of prominent Syrian businessman Samer Foz has appeared once again on the media stage, but this time as a target of the US Treasury Department and its sanctions program that targets the finances of the Bashar al-Assad regime.

Samer Foz is known for his purchase of Saudi prince Al-Walid bin Talal’s stake in the Four Seasons hotel in the capital Damascus, which was revealed by the Financial Times newspaper. Foz is connected to the head of the regime, Bashar al-Assad.

The American political newspaper The Hill recently published an article from the political analyst and director of the research division at the Foundation for Defense of Democracies, David Adesnik, in which he called on his country’s government to renew and expand the scope of economic sanctions on the Syrian regime, which would push Iran to bear a heavier economic burden for supporting Damascus.

Adesnik said that “Assad has found new men to oversee conglomerates that help finance the cash-strapped regime; two of them stand out as key targets for the Treasury Department. The first is Samer Foz.”

Foz, 44, is a lawyer and grain merchant. He was born in the coastal city of Latakia and is married with four children. Since the start of the war, he has built an empire of companies that have expanded around the world. His purchase of the share of the Four Seasons from the aforementioned famous Saudi prince, means that he has a controlling share equal to the Syrian Tourism Ministry, whose minister, Bishr Yaziji, is under European Union sanctions.

Foz is also heads a number of positions in companies and institutions that are under his authority, such as chairman of the Foz Holding Group, which was established in 1988, and executive president of the Aman Holding Group, which is split into the companies, Foz for Trading, Foz Commercial, Al-Mehemein for Transport and Construction, and Sarouh Construction. This is in addition to the Foz Holding Group, which split into diverse investments in the fields of importing and exporting of foodstuff, before entering into real estate investments with projects in Syria, Lebanon, Russia and elsewhere, as well as being ready to launch a TV channel called “Lena”.

The second prominent person for Treasury Department sanctions, according to Adesnik, is the Syrian Member of Parliament, Husam Katerji. Katerji commands one of the regime’s armed militias in Aleppo, and founded the Arvada Petroleum Company with capital of up to one billion Syrian pounds. A Reuters investigation documented his role in transporting wheat from areas that were under the control of the Islamic State (ISIS) to areas under regime control. A number of reports have talked about his role in concluding oil transport contracts from areas under the control of Kurdish groups to regime areas.

Katerji, born in Raqqa in 1982, was not known within the list of names in the Assad family’s economic system, and was just a trader in Aleppo and head of the Katerji International Group, which includes a number of companies such as the Katerji for Real Estate Development and Investment and the Golden Gate for Tourism and Transport, and White Gold Manufacturing, however, his prominence rose during 2017 when he undertook secret dealings with ISIS and the Democratic Union Party (PYD) for the Syrian regime’s benefit.

The two Syrian businessmen (Katerji and Foz) are considered two of the major figures of the group that emerged after 2011, but Foz is still the more prominent and more mysterious, from his formation of armed groups to fight alongside regime forces, one in Latakia called the Military Security Shield, to an assault where he once struck a Lebanese woman known as Qamr, who was in a relationship with his brother Amar, after she revealed her was dealing drugs. He has even been dogged by the murder case of Egyptian-Ukrainian businessman Ramzi Matta in Turkey since 2013, with its final ruling to be issued in August.