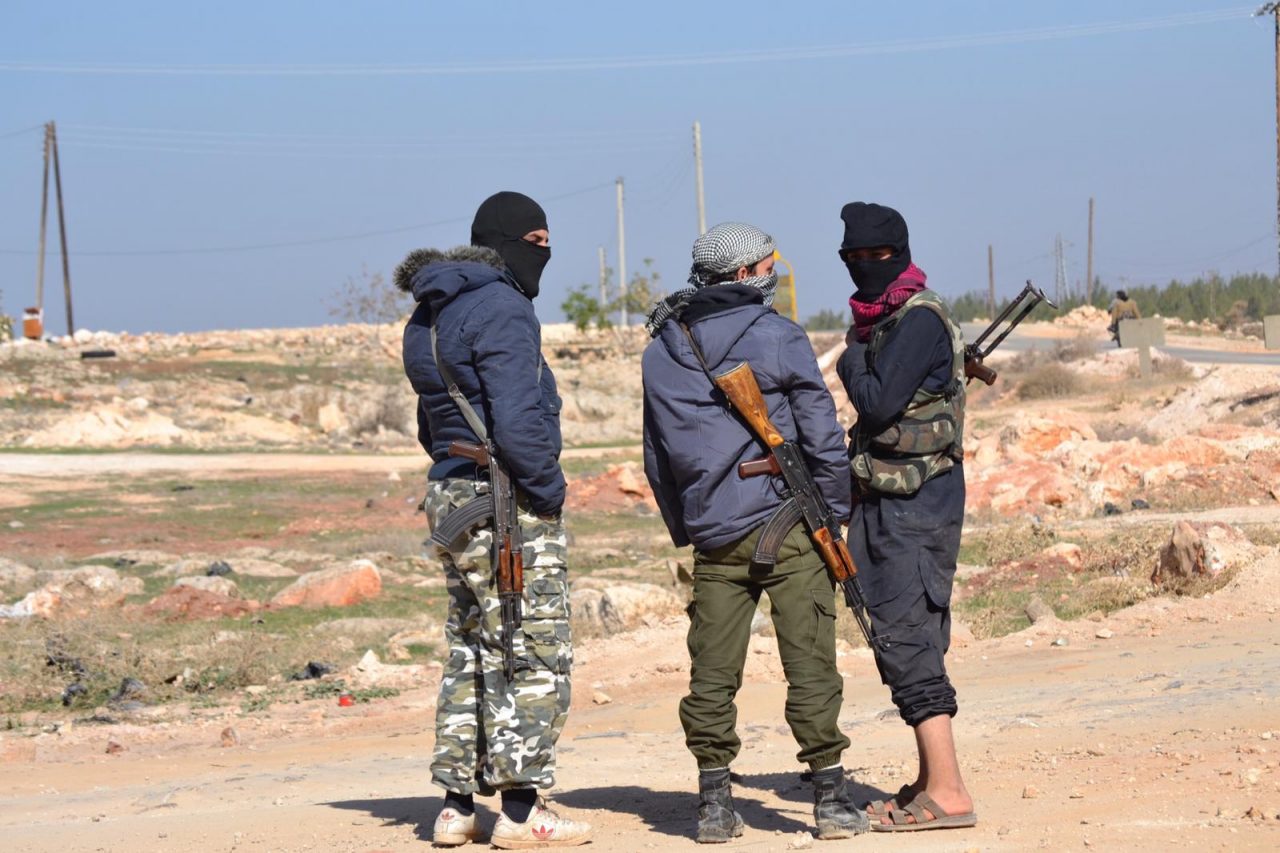 Umm Alaa managed to save her child Amar when masked men tried to kidnap him from the doorstep of their house. She screamed as loudly as she could when she saw them trying to take him, causing them to leave him and flee.

The incident was not the only one to occur in the liberated areas. The deteriorating security situation has become a prominent feature in these areas and a source of fear for civilians and military figures alike. The fear is spread by hidden groups who mobilize sleeper cells, whether connected to Al Qaeda, which has claimed a number of assassinations in the area, or the Syrian regime, which also benefits from the breakdown of security in these areas. It has sown chaos and instability through the deployment of unidentified men who use masks to hide their faces to guarantee freedom of movement while they carry out their operations, murders, kidnapping and theft — all of which has pushed residents to demand that masks be banned in order to make it possible to identify the criminals who use them to hide.

Umm Alaa, from the city of Idleb, spoke to Ana Insan about what happened to her a few weeks ago: “I sent my seven-year-old son to the store near our house to buy some things we needed. As I sat at a window and watched him return, a white van stopped beside him and a masked man got out and started talking to him. I started screaming, which alerted passersby on the street, and that made the masked man leave the boy and get back into the van which sped off.”

Amar was miraculously saved from kidnap, but a young man named Hamdo al-Rahal from the town of Maarat Shamareen in the Idleb countryside was not so lucky. He was kidnapped by masked men in June. A few days later, his body was found on the outskirts of town; his head had been cut off.

With the recurrence of these situations, activists and civilian actors have increased calls on rebel groups, demanding an end to the use of masks and for people to stop dealing in them.

Kamal al-Hassan, a member of the Free Police in the village of Maarat al-Nouman, criticized the use of masks, saying: “The scourge has afflicted society since the revolution went from peaceful to armed. They were used in the beginning by activists and protesters to hide their faces from the security and intelligence agencies and informants who moved among the protesters, and then as the revolution developed masked men started to appear everywhere and in every group. This pushed some weak-minded people to exploit this and use the masks to carry out crimes, including killing and theft and looting, hiding their faces so as not to be identified. Therefore, we call on the factions to remove masks and punish masked men.” He attributed the breakdown of security to the lack of an active and honest judiciary as well as the spread of weapons among the general population and the many unmarked cars which do not have numbers or license plates and the lack of security forces that are able to control the situation.

Mulham Samir, director of the “The Masks Aren’t Us” campaign spoke about the consequences of the masks and the need to fight the phenomenon, saying: “Masked men in liberated areas have planted explosives usually targeting military commanders, which have killed and wounded dozens . In addition, there are the kidnappings and thefts which have been recorded, which made us launch an awareness campaign accompanied by a social media campaign. We have combined this with posters and graffiti on the walls of public areas and in educational, medical and professional centers.”

Local and military councils in a number of cities and villages in Idleb have published statements which ban the wearing of masks in an effort to control the situation and reduce the security breakdown. Mohamed al-Hussein, an administrator in the military council in the town of Jarjnaz in Idleb countryside discussed the steps taken to reduce the use of masks, saying: “The masks help those who carry out crimes and abuses and ensures that the perpetrator will not be identified. Killing and kidnapping have become an almost daily occurrence, and this does not bode well. Therefore we have banned the wearing of masks and have taken a firm position on this and have demanded that the rebel groups hold those who use them to account.”