Hazem Saghieh reflects on the new dynamic emerging between Syria and Lebanon, as a new government is formed in Beirut with many pro-Syria figures, according to Asharq al-Awsat. 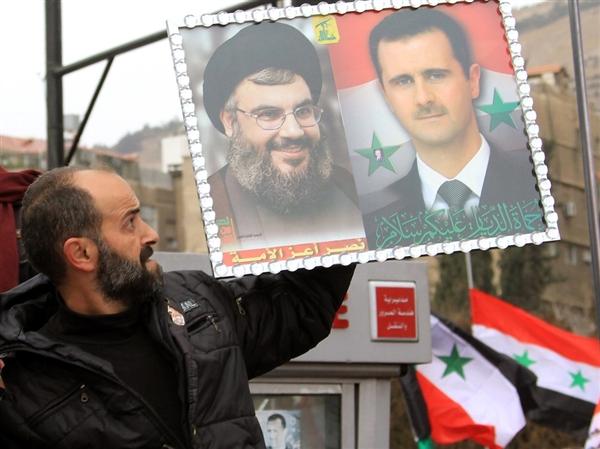 Those following the Syrian and Lebanese-Syrian news over the past few weeks notice two tendencies: the first is what is happening in Syria and can be summed up in the following events:

As Russian aircrafts launched strikes on rural Idleb, six of them according to the Syrian Observatory for Human Rights Observatory. These same Russians sponsored talks to bring Daraa back to the regime’s embrace. Destruction and forced displacement, which are part and parcel of Moscow’s “diplomatic activity,” stirred fears of Iranian militias and Lebanese militias loyal to Iran replacing Daraa’s original inhabitants.

Their entry into Daraa al-Balad on September 9 for the first time since 2013 ended a siege that had begun early this summer, while the regime had recaptured Daraa’s surroundings two and a half years ago. Thus, the south of “useful Syria” was captured and nothing remains but extending control to the north of “useful Syria,” Idleb.

Syrian regime forces and their allies’ advances were accompanied by another event: Amnesty International issued an extensive report on sexual violence in Syrian prisons and border crossings. This time, it is the Syrians who believed Bashar al-Assad and Gebran Bassil’s claims that they could “return to the embrace of the homeland” who were the victims. Amnesty International documented 66 cases of men, women, and children being assaulted by security officials, including 13 children between 3 weeks and 17 years of age, 15 women, and 38 men. The report was not given the title: “You are Going to Syria.” A more eloquent and accurate title was given: “You are Going to your Death.”

Meanwhile, as news about Rami Makhlouf died down over the past few weeks, news about Rifaat al-Assad returned to the fore. He was sentenced to four years in prison for embezzlement and fraud after having amassed a fortune of around 70 million euros divided between apartments, mansions, and horse stud farms.

For those who have forgotten, Rifaat is Bashar’s uncle and Hafez’s brother and partner in power for the first half of the latter’s reign (1970-84). He is among the most prominent if not the most prominent architect of Hafez’s bloody reign, especially with what he did in Palmyra in 1980 and Hama in 1982. His dispute with his older brother was only about inheritance. Beyond that, “blood does not turn into water.”

This is the second tendency: at the beginning of the month, a ministerial delegation headed to Damascus, and before they returned, a Druze delegation that included few politicians and many clerics followed. Some observers believe that other sects and communities could follow the example of the two delegations in what my colleague Mounir Rabih called “the season of crawling to Damascus.” During the first visit, Nasri Khoury, the secretary-general of the Lebanese-Syrian Higher Council, one of the most prominent features of the era of Assadist tutelage over Lebanon, was reintroduced.

Many commentators have referred to French, American, and Arab approval of this approach. Some spoke of “Western interests tied to Iran” that demand this, and there are those who mentioned the morbid theory about “persuading Assad to distance himself from Tehran.” Of course, also in the picture was the news of the “re-legitimization of the Syrian regime through the Egyptian gas pipelines and the Jordanian electricity network,” which is supposed to reach Lebanon through Syrian territory.

In any case, the most prominent reward and the greatest gift was the new Lebanese government’s formation. My colleague Hazem al-Amin believes it is likely that the new prime minister, Mr. Najib Mikati, had pledged to normalize relations with Damascus, and that this pledge was precisely what allowed the government to see the light of day.

The government’s vice premier is a Syrian nationalist, and its culture minister represents Hezbollah. Whoever still has a shadow of a doubt about should Google: Who is the new Information Minister Mr. George Kordahi? From the Arab version of “Who wants to be a Millionaire?” Those performances brought the best out of him. For example, he is an information minister who does not like the media hosting dissidents. More importantly, his admiration for “Assad’s Syria” leaves him blushing, and he boasts about “conspiracies being shattered on the walls of Damascus,” and “the walls of Aleppo” as well. Perhaps he had other opinions about Syrian media freedoms.

Clinging to “Assad’s Syria,” which we are witnessing with the developments referred to above, has, of course, its own explanations and justifications. The horrifying Lebanese decline, which was not a coincidence, added new arguments and buttressed the logic behind them. With that, a note that stems from the heart of these developments must be made; politics has not been as removed from ethics as we are seeing it become today. That is also among the effects of Lebanon’s collapse and Syria’s degeneration, which has reduced morality to where it has fallen to today.

Politics is not morality? True, but it is also not opposed to morality. Reaching this degree of separation is a matter we ought to contemplate, especially with the Lebanese mortifyingly handing out congratulations and gifts with the government formation.