The U.S. retreat from the region would only benefit tyrants and fascist groups, particularly in Syria where it would allow Assad to eliminate rebels, Sam Hamdan writes for the New Arab. 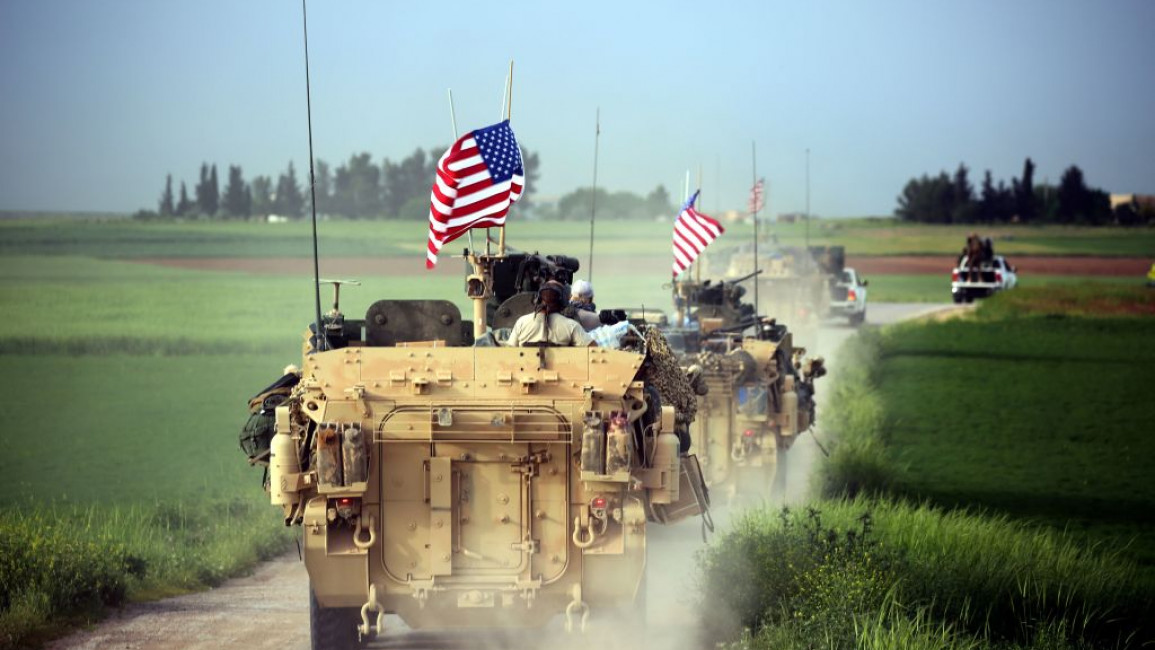 It was with open glee that Faisal Mekdad, the foreign minister of Assad’s Syria, reacted to the U.S. withdrawal of troops from Afghanistan, calling the retreat a “thunderous defeat” for America.

The U.S. withdrawal would “also be a defeat for [the U.S.] in Syria and all over the world”, the Baathist stalwart claimed, going on to warn that the U.S. retreat was “a harsh lesson for the agents and tools of the U.S. in the region and the world”.

These words from Baathist Syria are not surprising, but given what some would characterize as the realist and neo-isolationist foreign policy of the Biden administration, they ought to be concerning.

“If the U.S. was to abandon their allies in eastern Syria as they did in Afghanistan, the consequences could see the area explode into chaos”

They will be especially concerning for the U.S.-allied Kurdish forces, most notably the Syrian Democratic Forces (SDF). These forces control large areas of land in eastern Syria, known as Rojava, including major oil fields, with 600-900 U.S. troops stationed in the northeast of the country as a buttress for them against the Islamic State group (IS).

Though the jihadi group was defeated in its caliphate “state form” in 2017, it maintains a significant insurgent presence across Syria. The SDF-U.S. operations in the east of Syria have employed a largely successful counter-insurgency strategy against IS, but west of the Euphrates, where Assad and Iran’s corrupt and brutal sectarian militias rule or indeed don’t have the capacity to adequately rule, the group has enjoyed a resurgence.

Even though the Assad regime has maintained an informal détente with the Kurdish Democratic Party (PYD), which controls both the SDF and all of Rojava, there is no doubt Assad wants to eventually conquer Rojava and bring it under the control of his rump state.

While the advance of Assad and his allies who have perpetrated genocidal war crimes would in itself be yet another criminal triumph for the Syrian regime, if the U.S. was to abandon their allies in eastern Syria as they did in Afghanistan, the consequences could see the area explode into chaos. There could be a potentially catastrophic military confrontation between the SDF and regime forces – or if the SDF come to terms with the regime, the proliferation of sectarian militias in these areas.

All of this would not only be another disaster for the war-weary, traumatized Syrian people, but it would provide a major sectarianized shot in the arm for IS.

But what are the chances of such events unfolding?

When Biden triumphed over Trump, he spoke the rhetoric of an administration that would prioritize democracy, liberty, and human rights domestically and abroad. However, like so many other U.S. presidents, it was almost completely superficial as it has applied to foreign policy.

This isn’t to say that the U.S. has some moral right to rule over the world, nor is to endorse its 20-year-old occupation of Afghanistan. If the invasion and occupation of Afghanistan was in some sense America’s original sin, and contrition for that sin cannot be found in simply abandoning the country in such a chaotic manner that takes little to no responsibility for human rights or liberty. That is true for areas of American influence across the world, including parts of Syria.

In this sense, and perfectly in line with Obama’s abandonment of the Syrian rebels and Trump’s continuation of that policy, Biden’s role as the executor of the culmination of America’s drift towards realist retreatism makes his administration particularly vulnerable to arguments that would see not just the full abandonment of Syria, but a potential move towards some level of normalization of relations with the Assad regime.

“If the invasion and occupation of Afghanistan was America’s original sin, contrition for that sin cannot be found in simply abandoning the country”

Though there’s every chance this won’t happen due to internal opposition within the administration and Congress, as well as international outrage among U.S. allies, it’s well within the ideological remit of Biden’s realist multilateralist approach to U.S. foreign policy. Biden views the Middle East through the lens of power alone. Though you could argue about the minutiae, the Biden admin sees power and “stability” as lying with regional hegemonic forces, most notably the Saudi-Emirati and the Iranian-Russian spheres of hegemony.

The UAE, Saudi Arabia, Bahrain, and Oman, have been lobbying Biden to end sanctions on the Assad regime and recognize the economic and geopolitical advantages of bringing him in from the cold.

The major consequence of this would be the fall of the last rebel-held province of Idleb and the complete triumph of Assad.

At a time when Assad has ruthlessly besieged and starved Daraa and ratcheted up to murderous violence against the last rebel-held province of Idleb, Biden has remained aloof.  There’s no indication of the U.S. using the Caesar Act to push back against the efforts of the UAE-Saudi bloc to normalize Assad regionally, while the U.S. presence on the ground and in diplomatic terms is non-existent.

It’s highly unlikely that Biden would formally normalize relations with Assad, but it’s more probable that he’d normalize them by proxy, using the Assad-friendly Gulf allies of the U.S. to quietly assist Assad’s recovery. But it won’t take formal U.S. normalization for Assad to be emboldened to take Idleb – Biden’s disinterest and the blind eye taken by the U.S. at increasing Gulf support for Assad could be enough.

If Idleb did fall in this manner, it would completely cut the US’s diplomatic responsibilities in Syria and allow for a clean break. Assad, Iran, and Russia would have achieved their goal of ridding Syria of the rebel presence, while the U.S. could happily abandon its already diminished role as an alleged arbiter of peace negotiations between the regime and rebels.

But Idleb would be enveloped by genocidal forces unleashing terror on the population, which would, in turn, create another, this time unprecedented, refugee crisis.

As with the triumph of the Taliban in Afghanistan, the only forces that would benefit from this are tyrants and illiberals, whether they’re tyrannical states or fascists like IS – the very forces to which Biden once claimed to be antithetical.