Bouthaina Shaaban explains that the West's strategy of pretending to care for Syrians in the North while collectively punishing all of Syria through sanctions is hypocrisy. 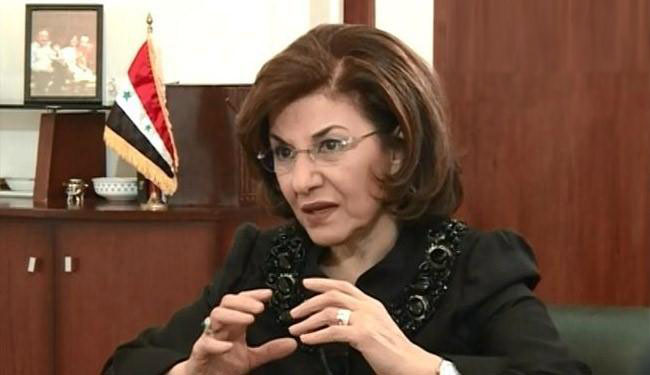 For the past two months, western media and research centers have been focused on just one topic about Syria: the need to open what they describe as “cross border aid corridors.” These commentators lament those who will be hungry and poor if the noble hands of the West are stopped from reaching out to save their lives.

Western media and research centers have believed their own lie and rejoiced in their delusion because it gave them false satisfaction that they have acted according to principles of morality, of which they always speak. Strangely, however, all these Western media outlets are directed to talk about three million people living in northwest and northeast Syria; yet they have never mentioned the 20 million Syrians who are being collectively punished, in an immoral and illegal manner.

In fact, [the Western-led] sanctions amount to a crime of genocide, as they are responsible for the poverty, hunger, and rising living expenses affecting millions of Syrians. The sanctions effectively prevent Syrians from accessing food, medicine, and electricity; they also punish any party that tries to sell these necessities, or tries to help Syrian people, or violates the sanctions by any means.

Oddly enough, nobody has linked the criminal Caesar Act, which is not a law but a genocide against the peaceful Syrian people, to the suffering of Syrians in recent years. No public figure in the West has tried to challenge this tumultuous and politically guided wave of media, which is guided by the same intelligence and military agencies that financed, armed, and sent terrorists to Syria. Such a dissident could highlight the fact that UN organizations operating in Syria distribute aid throughout the country.

The West, however, wants to violate Syria’s sovereignty first, lay the foundations for the division of Syria, and supply its mercenaries in terrorist groups with weapons in the name of humanitarian aid. This is what the West wants to do, and has done throughout its bloody colonial History.

Read Also: Over a Million People Risk Starvation if Cross-Border Aid Resolution is not Renewed

How can dozens of countries attend a conference in Rome and discuss humanitarian aid in Syria, without mentioning the main reason why all Syrians are suffering: the unilateral, coercive measures unjustly and aggressively imposed on the Syrian people? Would it not have been preferable for those countries — if they were acting in good faith — to send aid directly, by using international roads, Syrian border crossings, and Syrian ports?

The media discourse surrounding the Rome Conference — as well as its predecessors and follow-ups — reduces Syria to being the northwest and the northeast, as well as a few terrorists and occupying forces. Meanwhile, there is no mention of the Syrian people, who have suffered patiently and liberated most of their land. The Syrian people, who are trying to rebuild their lives and properties in the face of the challenges created by the criminal sanctions imposed on them.