The already dramatic humanitarian situation in Northern Syria could get worse if cross-border aid is not renewed, according to Al-Araby Al-Jadeed. 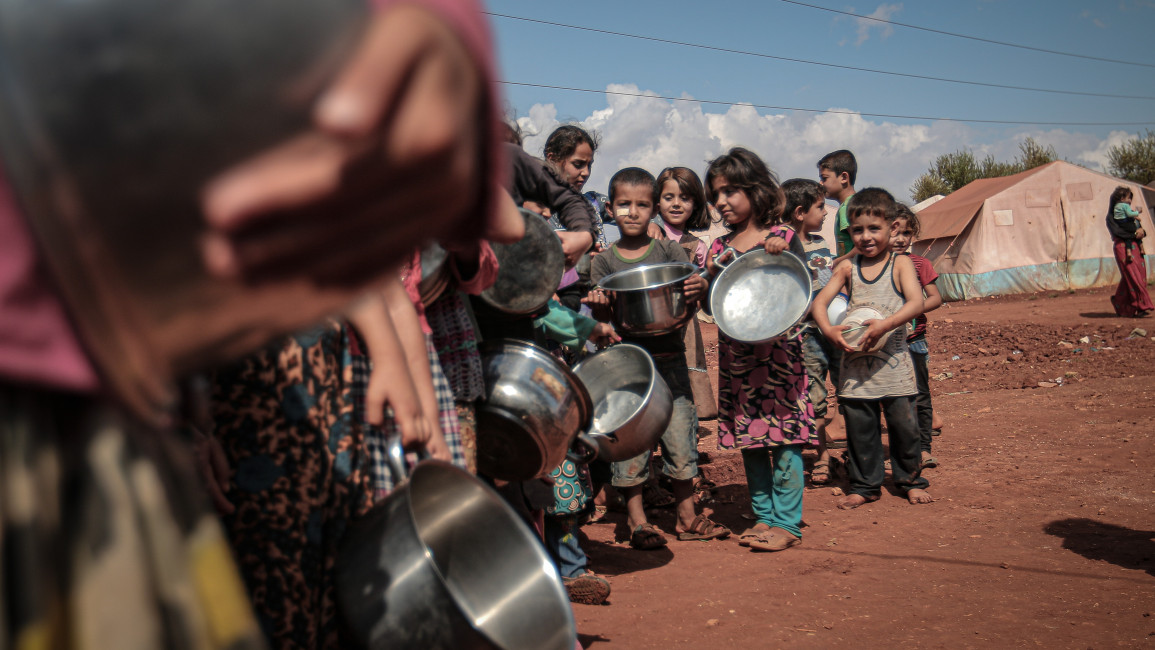 Aid agencies have warned of an impending hunger crisis in Syria if the UN Security Council fails to renew a resolution allowing lifesaving aid delivered cross-border to reach Syria.

Over one million Syrians, including many children, face acute starvation if a vital cross-border aid resolution allowing lifesaving aid to be delivered into the country is not renewed, human rights groups warn.

A group of 42 non-government organizations (NGOs) and aid groups signed an open letter urging for the renewal of the United Nations resolution, which expires on the 10th of July.

Not only will the resolution deliver critical humanitarian assistance, but it will also bring Covid-19 vaccinations and medical supplies.

If the Security Council fails to support a renewal of the border crossing, these supplies would run out by September 2021. Russia and China have both vetoed the opening of other border crossings, and it is feared that they might vote to close the remaining ones that lead into opposition and Kurdish-controlled areas.

Russia argues that aid to opposition areas should come via Damascus, although many humanitarian groups have rejected this proposal due to the regime’s politicization of aid and high levels of corruption.

NGOs estimate they only have the capacity to scale up to meet the needs of 300,000 people, leaving over 1 million without food assistance.

Failing to renew the resolution would also pause the UN-led Covid-19 vaccination campaign for people living in northwest Syria.

“The UN Security Council has failed the people of Syria for too long – but the Covid crisis gives them the perfect occasion to change course. Now is the time for humanitarian realities on the ground to drive determined and effective Security Council action on Syria,” said David Miliband, President of the International Rescue Committee.

“The humanitarian case for cross-border assistance is more obvious today than ever before, with over 13 million Syrians in need – a 30 percent increase since 2014.”

The region has been hard hit by Covid-19. In fact, there have been at least 24,257 confirmed cases of Covid-19 and 680 reported deaths, amid a spike in infections over the past month.

The actual number is likely far higher due to low testing capabilities.

Northwest Syria received its first batch of coronavirus vaccines through the Bab Al-Hawa border crossing at the Turkish border last month, but the continuation of this campaign relies on renewing the UN resolution, agencies said.

“After ten years of conflict and displacement, and now Covid-19 driving an economic crisis, an unprecedented number of children in Syria are battling hunger and malnutrition,” said Inger Ashing, CEO of Save the Children International.

He added: “The Security Council has an obligation to ensure aid continues to reach some of the most deprived families in the world, and not put politics above the lives of people as we have seen happen too often in the past. A failure to renew cross border assistance for Syria is an abject acceptance of human suffering and entirely avoidable loss of life.”

There is a “highly-politicized” element to the “cross border debate”, added Husni Al-Barazi, Founder of Big Heart Foundation.

The Syrian war began when the Assad regime responded with military force to peaceful protests demanding democratic reforms during the Arab Spring protests, triggering an armed rebellion fueled by mass defections from the Syrian army.

Hundreds of thousands of civilians have been killed in the war, mostly by the regime and its powerful allies, while millions have been displaced both inside and outside of Syria.

The brutal tactics pursued mainly by the regime, which have included the use of chemical weapons, sieges, mass executions, and torture against civilians have led to war crimes investigations.