The Caesar Syria Civilian Protection Act will sanction a wide range of Syrian industries and those who provide services to Syria writes Asharq al-Awsat. 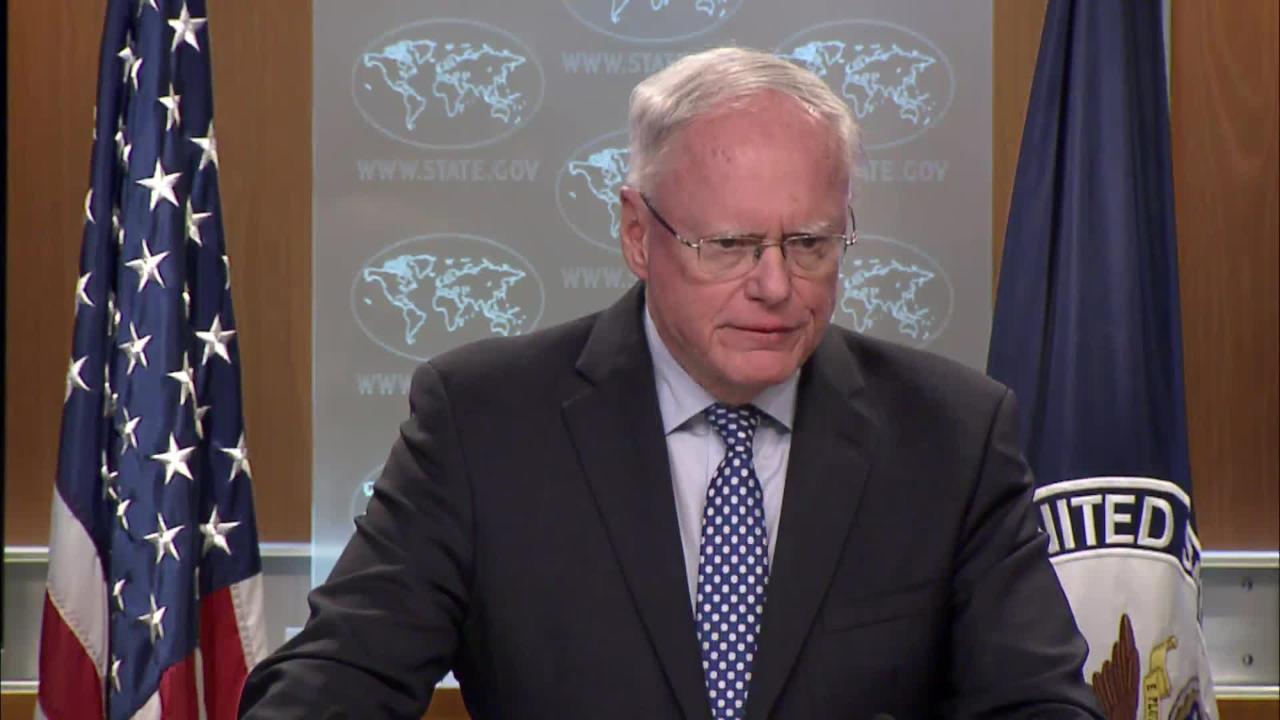 Today as the United States announces new sanctions under the Caesar Syria Civilian Protection Act of 2019, it is important to focus on the reasoning behind this legislation.  Passed overwhelmingly six months ago by both Houses of Congress, and signed into effect by President Trump, the Act is named in honor of a brave Syrian photographer with the codename “Caesar” who documented with his camera tens of thousands of incidents of abuse and violation of Syrian citizens by Syrian President Assad’s henchmen.  There is continued, legitimate interest from Congress on the implementation of this legislation.  A joint statement by the Chairman and Ranking Member of the Senate Foreign Relations Committee, and the Chairman and Ranking Member of the House Foreign Affairs Committee, on June 8, documented Congress’s priority: “vigorous, sustained enforcement of the Caesar Act in order to send a message to the regime and its enablers that Assad remains a pariah.”

Two recently issued United Nations reports support the views of these Congressional leaders and highlight the Assad regime’s atrocities which have destroyed Syria, its economy, and its ability to respond to COVID-19.  On April 6th, the United Nations Board of Inquiry issued a report outlining how the evidence indicated [what we all suspected:] that the Assad regime and its allies launched attacks that devastated hospitals, schools, and other civilian infrastructure, even when the sites’ locations were on the UN deconfliction list created to identify and protect these key pillars of civilian life. That same week, the Organization for the Prohibition of Chemical Weapons Investigation and Identification Team released its first report and attributed to the Assad regime responsibility for using sarin or chlorine in three separate attacks in 2017.  These are but two examples of the war that the Assad regime, often with help from its Iranian and Russian enablers, has waged, devastating Syria’s citizens and leaving an estimated 500,000 dead.

Caesar Act mandatory sanctions target those that facilitate the Assad regime’s production of oil, as well as those that facilitate the regime’s acquisition of aviation related goods, services, or technologies that are used for military purposes. We aim to stop these acquisitions that further the regime’s ability to carry out its terrible crimes.  The Act also targets those that support mercenaries and foreign actors who are perpetuating the conflict on behalf of the regime and its allies.  Finally, it targets those involved in war profiteering who provide significant construction or engineering services to the Syrian regime.  Individuals and businesses worldwide that engage in reconstruction activities with the Assad regime now face deepening sanctions risk. The Caesar Act’s significant impact is long-term: it aims to foreclose any potential economic benefit from a military victory by the regime and its enablers.

The goal of the United States in pursuing these additional targeted sanctions — using existing authorities and those contained in the Caesar Syria Civilian Protection Act of 2019 — against the regime and its enablers is thus to promote accountability and deny them access to the international financial system until a political solution to the Syria conflict can be reached.  Such a solution must be in line with United Nations Security Council Resolution 2254, the internationally accepted road-map for a political settlement to the Syrian War. Before the Assad regime is allowed to rejoin the global community and take part in the global economy, it must also hold accountable those responsible for war crimes (and other atrocities/human rights abuses), no longer sponsor terrorism, and create the conditions for the safe, dignified, and voluntary return of refugees. The regime must also verifiably and permanently dismantle its chemical weapons program and sever its ties with Iran’s military forces and Iranian-supported groups.

This road-map forward is not only vital for the long-suffering Syrian people, but also for regional stability.  Instability, including terrorism exploiting the security vacuum created by the Syrian conflict, has drawn in conventional forces from the US and four other states, with state-on-state conflict an ever-present risk until the Syrian conflict can be brought under control.

Recent calls by the Assad regime and its Russian allies to relax sanctions in response to COVID-19 should be seen for what they are — a cynical ploy to give the Syrian regime both a military victory and cover to enrich Assad and his enablers. Contrary to regime propaganda, Assad’s choice of war over peace, not US sanctions, has destroyed the country and its economy. Bashar al-Assad chooses to use rapidly dwindling cash reserves to pursue a vicious war against millions of Syrians that has devastated Syria economically at a time when COVID-19 is spreading among Syria’s already vulnerable citizens. United States’ sanctions target Assad and his regime’s illegitimate wealth, not these citizens. The United States has provided more than $10.6 billion dollars in humanitarian aid for Syria — more than any other single donor — and we are working to facilitate access for all to have COVID-19 testing kits and associated materials.  Tragically, this is the same assistance that the Assad regime has historically stolen and sold back to the Syrian people at exorbitant prices.  To make matters worse, this past January, as COVID-19 gained speed, Syria’s Russian patrons in the United Nation’s Security Council blocked two of four border crossings for the facilitation of UN humanitarian assistance.

The US will continue to provide and facilitate humanitarian aid to the people of Syria, while promoting accountability for those responsible for atrocities and blocking a political solution.  Assad can end this needless war only by declaring a nation-wide ceasefire, constructively participating in the Constitutional Committee talks in Geneva, and implementing a political vision that puts the Syrian people’s democratic aspirations first.

The world is watching and whoever makes deals with the regime is at risk of being sanctioned.