Following the death of Qassem Soleimani, both sides have been quick to comment on how this will affect Syria and their cause. 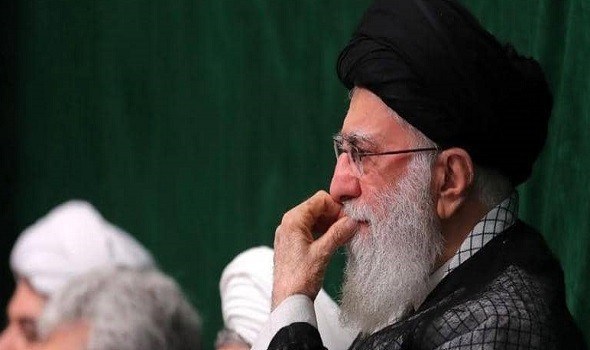 As he did in life, so Qassem Soleimani has divided Syrians in death. Why did most Syrians rejoice in the death of the leaders of the Iranian al-Quds Brigade? Put simply, he made them taste woe. He killed their men, women and children, and displaced their families, and during sieges made them eat grass and watch their children starve and fall ill before their eyes. Every Syrian who has lost a son or a sibling or mother felt something like justice in the death of a man who had committed horrific human rights violations in Syria, as in Iraq and Lebanon. He was the de facto ruler of the Middle East.

But there are a large number of Syrians who were saddened by his death and who held mourning sessions. President Bashar al-Assad described Soleimani’s death as an “insidious and cowardly American aggression,” and lamented the loss of Soleimani, saying that he would remain, “immortal in the souls of the Syrian people, who will not forget how he stood alongside the Syrian Arab Army in defending Syria against terrorism and its backers, nor his clear and many victories against terrorist organizations.”

Journalists and pundits were also divided. The commentator Wissam Jideed wrote in the Al-Watan newspaper that, at the regional and perhaps global level, the political and even military map would now change, resulting in new red lines that will need to be established or the region will drown in a sea of continuous American and Israeli aggression. But that does not necessarily mean that there will be a military confrontation in the sense of a full-scale war, since all sides do not likely want that.

“Iranian statements have said that a response to Soleimani’s assassination must happen, although there are varying assessments about the size and place of the response. However, these statements place Iran between two choices: Respond at the same level as the American attack, which means the possibility of a new American response, and therefore a chain of exchanges, or do not respond, which would present it with a real loss in the area, which it cannot allow to occur.

“All signs indicate that the region needs to find new red lines to prevent repeated attacks in the future. This confrontation could be the end of the end of crises in the entire region, creating a new political and military map that may not suit America but would not contradict its economic and commercial interests. This is what Trump actually wants—and the extended boiling over years will end with a total explosion or a major settlement, as some see it” writes Al-Watan

“The operation which led to the death of the Revolutionary Guard commander along with Abu Mahdi al-Muhandis and Jamal Ibrahimi, deputy president of the Popular Mobilization Forces (PMF) brings us back to the 12 conditions announced by US Secretary of State Mike Pompeo a little over a year ago, for the United States to return to the agreement with Iran and to normalize relations. These included among its items those related to enriching uranium as well as ballistic missiles and releasing American prisoners, and finally stopping support for terrorists through the al-Quds Brigade in the Iranian Revolutionary Guard, and then dealing with the Iraqi government with respect and not impeding the dissolution of Shia armed formations and disarmament, led by the PMF. This means that the United States has moved from a stage of making demands of Iran to direct implementation by force of arms.

“This means that the American conditions, which are shared by Israel, will not be stored away, as the propaganda out of Iran and those in its orbit say, but are still alive. This will threaten the Iranian presence in Syria and subject to these conditions. The United States will also not ignore its obligations to warn Iran against continuing to roil neighboring countries and carry out terrorist operations against allies in the region.

“Pompeo at that time did not forget Hezbollah’s share as a terrorist group in the region, which was equated with the Houthis, al-Qaeda, and the Taliban, which means that after they finished off Abu Bakr al-Baghdadi and other commanders, and then Soleimani and Muhandis, then the next—according to the 12 points—is the head of one of these groups categorized as terrorist. Has Hassan Nasrallah read these conditions and understood the significance of the operations and the dismemberment of those the United States considers terrorists and the chain of dead in its president’s tweets?”