President Bashar al-Assad has put forward a three step plan to ensure the complete liberation of Syria and the removal of foreign occupiers writes Al-Watan. 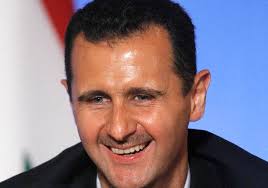 Liberating the Syrian territory outside state control has become an obsession haunting Syrians, especially given that these areas have been living under Turkish occupation in the west and American occupation in the north and east. Therefore, the question is: Will this territory be liberated? And when? And how?

Although what was agreed at Sochi between Russia and Turkey regarding measures to be implemented in northern Syria is based on the Adana agreement of 1998, and America announcing the redeployment of its forces and a portion of them remaining around the oil fields— the obsession remained in place until the clear and explicit position was explained by President Bashar al-Assad on Syrian media. It was an announcement that left no room for doubt or worry, as viewers could stop at three main and important factors in the president’s position:

First was his decisive decision that the liberation would affect every inch of Syrian territory, whether occupied or exploited. Every situation would have its strategy in accordance with the capacities available and a schedule of priorities ensuring the supreme Syrian national interest.

Second, stressing Syria’s readiness to confront the Turkish occupation with all means, including entering into a war to remove them. This was a shock to Turkey, who believed that it could occupy Syrian territory based on a distorted agreement or imposed fait accompli. Assad’s response came as a surprise, cutting off the dream with a decisive Syrian decision.

The third was the creative idea conceived by Assad to end the American occupation, which was that in addition to the known traditional military and diplomatic liberation methods, the president proposed the idea of building a coherent national entity that will make the occupier feel that the Syrian national body is strong and that it rejects any occupation, forcing them to leave, because it would not have entered if not for the cracks it saw in this structure.

Assad gave citizens in the eastern Euphrates the responsibility of liberating themselves from the American occupation, alongside the state, and before asking them to resist the occupation alongside the Syrian Arab Army, he informed them that merely achieving a national fusion between them could secure liberation. Will they respond?