Following the appointment of a new special envoy for Sudan, the US must ensure that it does not make the same mistakes it made in Syria writes The Syrian Observer. 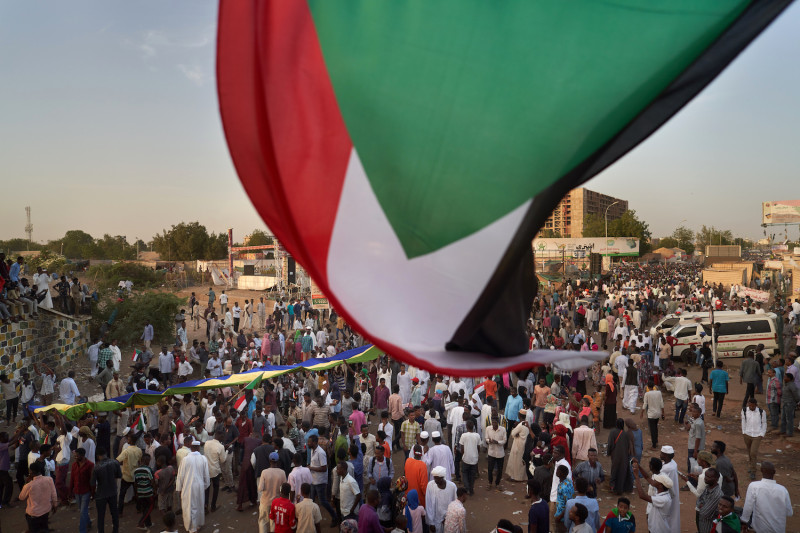 The Department of State last week appointed a new special envoy for Sudan after a military crackdown there left over 100 dead. Donald Booth, a veteran ambassador with extensive experience in Sudan and across Africa, will try to support a “political solution to the current crisis that reflects the will of the Sudanese people,” in the phrasing of the State Department. His mission, however, is uncertain, as Sudan is turning to become a theater for international and regional conflicting interests.

Despite the media blackout, it is not difficult to understand what it happening in Sudan. In December 2018, Sudanese took to the streets, pushed by their own economic misery and desperation, to call for dictator Omar al-Bashir to step down. Bashir cracked down and declared a state of emergency. Demonstrators persisted until the military removed Bashir in April. The military promised a democratic transition, but this month they instead initiated a vicious crackdown that killed over 100 protesters.

While it is not difficult to understand what going on in Sudan, the regional and global implications are a puzzle. The independence of South Sudan in 2011 deprived Sudan of the bulk of its oil and sent its economy into a tailspin. In response to mounting inflation, the Bashir regime, corrupt as it is, unleased a new round of austerity measures by cutting expenditures on social services and subsidies. It all happened when almost nobody was paying attention to this giant African state with little influence or wealth.

Naturally, the Bashir regime’s vicious crackdown drew an avalanche of condemnations and statements of sympathy for the protesters, including the Trump Administration’s appointment of Ambassador Booth as Special Envoy for Sudan. But as two Syrians and experts in Syrian affairs, we’ve seen this movie before.

The Syrian people, who peacefully took to the streets to demand freedom and dignity in 2011, also garned wide sympathy for their cause. Syrians in turn placed high hopes on the United States and international community to act against dictator Bashar al-Assad. The world community kept deserting Syrians when push came to shove. Nine years later, the Syrian people finds itself all alone. Very few policymakers in the world arena think of the massive protests from 2011 when they think of Syria.

It is our strong desire that the Sudanese people do not repeat the tragedy of Syria. The Trump Administration should take care to avoid the following fatal errors.

First, the United States must craft a policy grounded in reality and concrete actions, not wishful thinking and fanciful messaging. American steps early in the Syrian Revolution, such as Ambassador to Syria Robert Ford’s visit to the Hama protest square and President Obama’s warning that Assad’s days are numbered, were high in symbolism and raised Syrians’ hopes. These steps also had zero concrete impacts and misled many Syrians to wait for American help that never came.

Second, the United States should act – not talk, but act – quickly and decisively. Appointing a new Sudan ambassador is not the type of measure that would give any pause to the thugs who massacred protesters earlier this month. Maximum sanctions on warlord Mohamed Hamdan Degalo and his Rapid Reaction Forces who attacked the protesters might catch his attention. Ambassador Booth should work aggressively and publicly with partner countries to impose maximum sanctions on such war criminals.

Third, the U.S. should work to strongly support Sudanese civil society. This is not “nation-building” but an essential step to prevent national collapse. In Syria, it took years for the U.S. to give proper attention to civil society leaders, and by that point the Assad regime had killed too many people for Syrians to be open to peaceful measures. Assad also specifically released Islamist leaders from his jails with the expectation they would form armed groups.

The Sudanese military is trying to take lessons from the Assad regime in Syria to drive the Sudanese people to violence; if it succeeds, protesters will lose their momentum and a brutal conflict will result. Civil society pillars of the nonviolent protests in Sudan such as the Sudanese Professionals’ Association (SPA) should get strong material support from the get-go so that they will not be crowded out by armed groups. Sudan is traditionally an educated nation with a long history of civil society – as was Syria. We should work to support what already exists before it is drowned out with bullets.

Fourth, in aiding Sudanese civil society, the U.S. should take care not to corrupt it as in Syria. In Syria, for-profit companies led U.S. civil society efforts. This turned civil society work, which should be based on the public interest, into a money-making machine. For-profit companies frequently got sidetracked into competing amongst themselves and diverted money into high employee salaries. American civil society funding should be based on building as direct a partnership as possible with Sudanese people, with as little red tape as possible. Ultimately, this is also the best use of U.S. tax dollars.

Sudan might seem like a small country, an afterthought in U.S. policy. We remember when Syria was viewed as the same. America should learn from Syria that a halfhearted or cosmetic response to mass slaughter will always have dire and global geopolitical implications: surging refugee flows, regionalized war, a window for extremists. In Syria, the US lost a momentous opportunity to fix the historical misunderstanding with people in the region. Let us hope that Sudan will put this process on track.

* Bassam Barabandi is a Syrian activist and former diplomat; Wael Sawah is Chief Editor of The Syrian Observer.