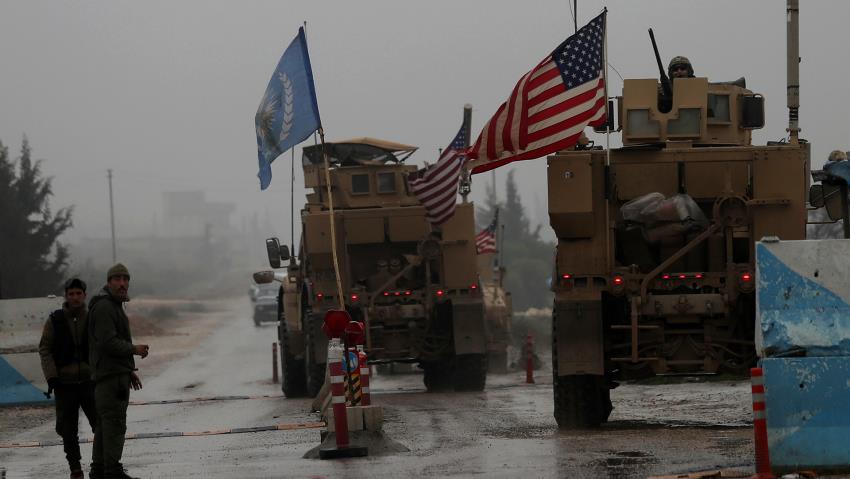 President Donald Trump’s recent decision to withdraw US troops from Syria was not based on prior consultations with his senior foreign and military policy experts.

The former Secretary of Defence James Mattis, who has since resigned in protest, and several senior State Department Middle East experts objected to the withdrawal and decried the regional vacuum that it would create.

The president’s action showed a lack of knowledge of regional dynamics, the traditional American role in regional alliances, the domestic situation in Syria, and the fact that malevolent actors often fill the vacuum created by American disengagement.

This is not an argument about whether American troops should have been sent to Syria in the first place or whether withdrawing two thousand plus soldiers would tip the regional balance of power one way or the other. Or even whether Syria poses an existential threat to American regional or global security.

The two factors that underpinned the troop deployment three years ago – constraining the Syrian dictator’s brutality against his people and training and supporting Syrian Kurdish fighters opposed to the Assad regime – are as valid today as they were then. Contrary to the president’s claim, the Islamic State group [IS] has not been defeated and continues to pose a threat to American security.

Withdrawing from Syria undercuts the diplomatic efforts by Ambassador James Jeffrey to help chart a future for Syria without Assad. Ambassador Jeffrey, who also resigned in protest, said previously that the United States would stay in Syria for years to come because the American presence provided leverage against adversarial actors.

Second, this unfortunate decision means that the future of Syria will be decided by Russia, Turkey, Iran, Hizballah and Syria’s tyrant without any significant input from Washington – the best Christmas gift that Moscow could have hoped for. Why is it such a gift and why should Americans care about what’s happening in the Middle East?

The decision totally ignores the resurgence of new al-Qaeda affiliated groups in Syria, including Hayat Tahrir al Sham or HTS. So, while the president touts the defeat of IS, he dismisses the rise of these re-branded but equally menacing groups. Despite the Turkish president’s public commitment to fight IS, Turkey’s primary objective is to strike at the Kurdish forces in Syria, not to fight IS or al-Qaeda.

The unintended consequences of the troop withdrawal are creating much uncertainty in Jordan and a growing threat from nefarious groups. Jordan has worked closely with the United States to train some of the pro-American forces – Arabs and Kurds – fighting against the Assad regime, which now feel abandoned by Washington.

Finally, American disengagement from Syria is empowering regional autocrats in Egypt, Saudi Arabia, Bahrain, the United Arab Emirates and elsewhere to terrorise their people as they see fit and to spread mischief across the region without accountability.

Nor will the Taliban in Afghanistan feel a need to negotiate with the regime in Kabul. They will wait out America knowing full well that, as in Syria, American troops will ultimately leave Afghanistan.

The decision to withdraw has diminished America’s ability to use its leverage to influence future events in the region. One hypothetical area of leverage might be for Washington to reach an agreement with Tehran about eliminating the sanctions re-imposed on Iran following Trump’s scuttling of the nuclear deal.

While one cannot imagine the American Secretary of State Mike Pompeo or the National Security Adviser John Bolton acquiesce in a deal with Iran over the sanctions, such an agreement might encourage Iran to distance itself from Russia and make it receptive to a deal with Washington on the future of Syria without Assad.

Turkey’s Erdogan could be another friendly player. However, he has demanded that Washington extradite his perceived arch nemesis Fethullah Gulen, the Turkish cleric living in Pennsylvania. This should be a non-starter for any deal with Turkey.

Whether in Syria or in Afghanistan, the president’s haphazard foreign policy decisions bring no benefit to the United States, only risks. Reflecting on the realities of the region, it’s difficult to find a silver lining in Trump’s short-sighted decision. One can only hope that no long-term damage ensues.

Emile Nakhleh is a former senior US intelligence officer, director of the Global and National Policy Institute at the University of New Mexico, a member of the Council on Foreign Relations, and author of A Necessary Engagement: Reinventing America’s Relations with the Muslim World.