The Kurdish population in Syria has a historic opportunity to forge a path that can help them secure the rights and representation that they had previously lost writes Al-Hurra Network. 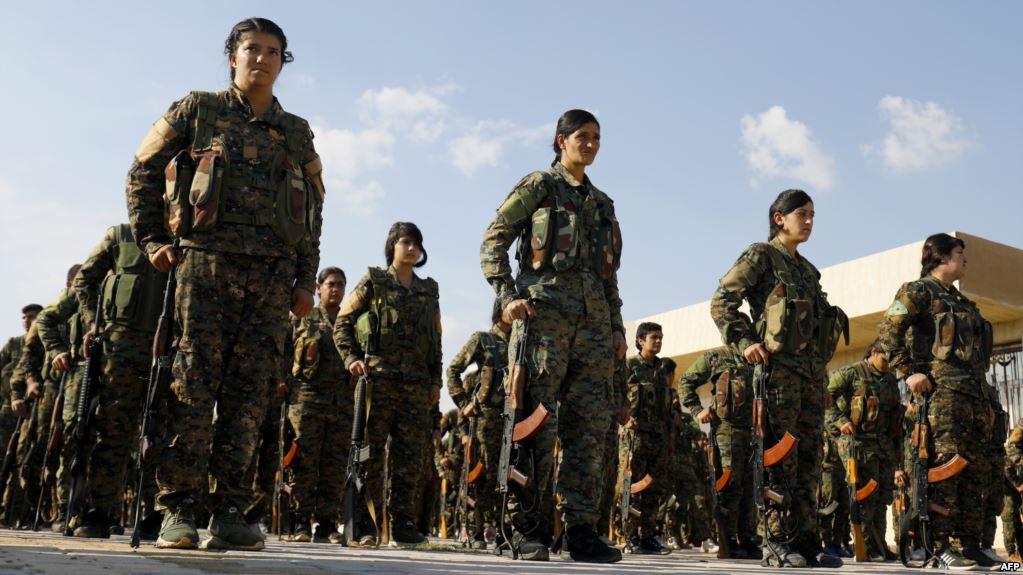 Syria’s al-Jazira region is inhabited by communities who have feelings of historical injustice and oppression — both Kurds and Arabs can be found there. Without addressing the historical feelings related to the residents of this area, there will be no stability.

The presence of the Untied States in the region could be a historic chance to resolve outstanding problems by way of reaching a just social contract serving as a model for the new Syria.

Since the Baath Party seized power in 1963, the Kurds have been considered its enemy. Politicians began to pursue policies that aimed to change the demographics of Kurdish regions by establishing the so-called “green strip” on the border with a length of 375 kilometers and a width of 10 to 15 kilometers, whereby the Kurdish residents of this area were exchanged for Arabs from other provinces to create a human barrier between the Kurds in Syria and those in Turkey and Iraq. In 1966, the results of an exceptional census carried out in Hassakeh province in 1962 were confirmed, through which the citizenship of 120,000 Kurdish citizens was withdrawn as was recognition of the Kurdish identity. Kurdish language and culture was banned, and the Kurdish regions were marginalized in terms of development and services.

At the same time, the Baath Party secured agricultural land in the al-Jazira in order to eliminate the social and economic arrangement that was in place, with the aim of eliminating the feelings of identity and belonging to the Arab tribes, while also eliminating the traditional leaders and pushing new leaders to the forefront within the Baathist political mold. The Arabs and Kurds were incited against one another on the basis of economic, social and cultural disputes which they created in order to be the referee between them—and subsequently guarantee its influence and control over all.

With the start of the Syrian revolution, Kurds felt it was a historic chance to be liberated from the oppressive laws imposed on them, encouraging them to participate from the first day. Then the Kurdistan Workers’ Party (PKK) began to impose its influence on Kurdish and Arab areas, taking advantage of its administrative, institutional and military organization. They expelled Arab residents and waited for the opportunity to establish a Kurdish state, rather than backing the Syrian revolution to achieve justice for all. This led to diminishing trust between Kurds and Arabs, which was weak to begin with. The Kurds lacked political leadership or a clearly-marked political project or even a political party to pursue Kurdish ambitions. The Syrian regime helped the PKK by only bombing Arab areas and opening supply routes to them in a step which aimed to prevent any Kurdish-Arab convergence.

The International Coalition’s war against the Islamic State (ISIS) was the opportunity to obtain the international legitimacy, which the Kurdish parties had been searching for. These parties turned into the Coalition’s strike force on the ground, and Arabs were excluded from this battle, despite the fact that they had suffered from under the ISIS occupation of their territory and the policies of daily killing that ISIS had carried out against Arabs.

The Kurdish parties’ policies toward the Arabs continued after the liberation of Arab areas from ISIS, and they governed all the centers of daily life without making any goodwill gesture towards their Arab neighbors. This increased Kurdish-Arab tensions in the areas liberated from ISIS. Kurdish parties meanwhile employed some defected ISIS leaders in important centers to deal with the Arabs, which led to a major loss of trust in everything happening on the ground.

Today ISIS depends on sleeper cells deployed widely in the al-Jazira area, waiting for the right moment to return. These cells benefit from the increase of Arab-Kurdish tensions in a repetition of what happened in Iraq several times, with the aim of reproducing ISIS and presenting itself as the protector of the Sunnis or the Arabs.

The matter is the same with regards to Iran, which has employed Shi’ification everywhere it goes. The Syrian regime will present itself as a force that will be fair to everyone in the al-Jazira area. Russia will also work to impose its political strength after finishing building its military base. Everyone is gambling on the Americans failing to understand the depth of the social, historical and cultural divisions between the communities of the region and focus only on the economic aspects.

Therefore, the United States and the International Coalition against ISIS should take swift political and practical steps to prevent the return of the terrorist group and to prevent a repetition of what happened after its collapse in Iraq and plug the gaps from which the other forces present could benefit.

These steps can contribute to reforming the region’s identity in a way that reflects reality in a balanced fashion, which will help build trust and stability and produce a new social contract among all of society’s communities.

The steps that could be taken include: Stressing the unity of Syrian territory and rejecting any separatist ideas; holding Arab-Kurdish meetings to arrive at a new social contract which guarantees everyone their political, cultural and economic rights and respects the cultural particularities of the community’s groups; maintain the administrative structure set up by the Kurds and stress parallel representation for all the community’s groups with people who have skills and represent the true weight, who could have a real role in proposing the projects which their areas need, rather than donor countries; establishing infrastructure projects to serve all the area’s communities in a daily fashion and without discrimination, such as building central hospitals and electricity plants; keeping leaders who have defected from ISIS away from important administrative, security and economic centers; develop the mechanisms for selecting members of the military forces so that there is balanced representation in all ranks and military responsibilities, and likewise for the civilian police, and develop legal regulations to implement this; pay concern to the displaced people who represent a high portion of the residents and work to return them to their villages and to the economic cycle; also pay heed to education and resolve problems related to revenge-taking.

The stability of this area demands that all communities give concessions and work wisely to consider the challenges they face—or everyone will lose.