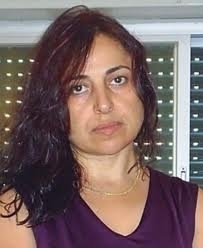 Dunia's work is a model for young secular activists today, especially at a time when logic is increasingly giving way to emotion and instinct.

As an Alawite, Dunia knows there is "double the weight on the shoulders of the Alawite oppositionists, as they are rejected and treated as outcasts for not following the majority of their sect and choosing to stand on the other side."

Dunia believes the massacre at Banias, in indiscriminately targeting all the inhabitants of the villages, including women, children, had all the signs of a "sectarian and racial purge." Those who were left alive, she said, were forced to flee "in a clear and undeniably sectarian and racial way."

The dangerous lesson from Banias, Dunia believes, lies in the fact that the regime can, after two years of revolution, seek to inflame sectarian conflict for its own benefit, by appealing to sectarian motivations and arming the youth with the excuse that they are protecting their sect.

Dunia and other secular activists believe "everybody contributed to pushing the revolution into this sectarian swamp," including countries which helped extremist parties in the conflict and the West, which she said, "refuses to see us as revolutionaries and maintains its orientalist image of what is happening as a sectarian conflict right from the start."

Dunia and her colleagues have strived to prove their theory, which argues that what is happening is "a political struggle for power, using the tools of sectarianism."  They face several major challenges, however, one of which is trying to prove that interference from Iran and Hezbollah, while related to "power and centers of domination in the region," manifests as "fully sectarian conflict on the on the ground."