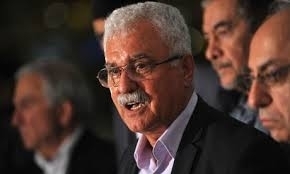 The Supreme Military Council of the FSA (and the Syrian National Council before it) refused to sit down at the negotiating table with those "who shed the blood of Syrians." The Council said in a statement that the Geneva Conference 2 "could go to hell" if the international community did not make a decisive stand suitable for the sacrifices and the sufferings of the Syrian people.

Personally, I think that both councils are right in principle to refuse the dialogue with the killers. The blood of Syrians who have died under shelling and sniping and torture, the tears of the displaced, the missing persons and detainees who have lost their homes and livelihoods because of the fascist behavior of the Syrian regime and its continuity in the policy of repression and murder, siege and starvation—all of that makes sitting at the same table with the killers something sad and fearful.

However, the question is: What can be done if we do not go to Geneva?

Let's take a quick look at the current situation in Syria. The number of dead Syrian civilians numbers about 125,000, and there are unofficial statistics that double this figure. The number of the missing is equivalent. More than 400,000 Syrians have been wounded, and five million are displaced inside Syria or in neighboring countries. The country’s infrastructure is destroyed and the Syrian economy has collapsed. The gross domestic product has been reduced by 50%, while inflation has risen to about 200%. The unemployment rate has hit to 50% (at best), and the most optimistic analysts estimate that Syria needs decades to recover. Today, Syrians lack shelters and schools, electricity and clean water, and they are on the verge of another harsh winter without heating fuel.

Moreover, the Syrian Revolution is sick with the epidemic of radical Islamic organizations that dominate the largest part of Syrian territory under the grip of the opposition today. These organizations occupy most of the territory of Aleppo and Idlib, the whole area of al-Raqqa and part of Deir el-Zoor, and they are trying to stretch northwards to Homs and Damascus. These organizations impose by force of arms a strange pattern on Syrian culture and a religion different from the generally moderate religion of the Syrian street. Cases of churches being defaced and crosses being taken down from them and recklessly cast aside have exacerbated Syrian street anger and a sense of humiliation.

These Islamic organizations do not hesitate in killing, arresting, and displacing their opponents exactly as the regime did. They were the reason behind the departure of Syrian intellectuals and thinkers from the area of al-Raqqa. In other instances, intellectuals had to hide. This was the case for Souad Nofal (who started a demonstration in Raqqa) when she protested daily in front of the headquarters of ISIS in the heart of al-Raqqa for two months, before they shot at her, forcing her to go into hiding.

The capabilities of the Free Syrian Army are constantly shrinking before the growing power of the Islamic organizations. Moreover, these Islamic organizations do not fight the regime, but direct all their time and strength to the formation of a radical state in the north of the country, giving the regime an additional reason to divide the country.

The international support for the cause of the Syrians is declining after the farce of the chemical weapons, which everyone triumphed except the Syrians themselves. It seems that the United States, along with other Western countries, had struck from their agenda the idea of a military strike against the Syrian regime. And there has been no real arming of the Syrian opposition to enable it to face the war machine of the regime, supported by the Iraqi Abu al Fadl al Abbas Brigade, Lebanon's Hezbollah, and the experience of the Iranian Revolutionary Guards. At the same time, Iran and Nuri al-Maliki are funding the steadfastness of the Syrian pound to prevent it from collapsing. The peaceful protest activity that characterized the revolution in its first months ended a long time ago.

If this is the situation, what is the Syrian opposition’s alternative to going to Geneva? It is not enough for the opposition to say that this is the "will of the people" and that the Syrian people will not agree to sit at the same table with the killers. No one consulted the people, and no one knows exactly what the besieged Syrians in al-Muaddamieh, in Ghouta in Damascus, in Harsta or in old Homs, want today. No one knows exactly what mothers in their homes want—those who die of fear for their children whenever they leave their homes and do not know if they will come back or not in the evening. No one asked the girl shot by a bullet in the streets of Kassa'a whether she supported dialogue or not. Nobody asked the old man, who died because of the explosive planted in a rubbish bin in the old city of Damascus if he prefers to live or die, prefers war or peace.

I agree with the Free Syrian Army and all the opposition on their position "not to sit at the same table with murderers," but the absence of other solutions makes this bitter solution the best one available, or the least worse.

No one can take risks with what remains of Syria. More fighting in Syria means more victories for the Syrian regime and ISIS and its partners in the North. Ordinary Syrians like me and like a lot of readers will lose more opportunities for survival and for earning a share of food, electricity, and Internet.

Geneva 2 is not a victory for the Syrian revolution, but it is better than the death of the Syrians and the destruction of their country. If the meeting led in the end of the formation of a transitional government with full executive authority and to the departure of Assad and his closest supporters, it would be a compensation for Syrians who demonstrated in the streets demanding justice, equality and dignity—although it will be only very simple compensation.

The duty of the opposition, which has so far failed to understand what the Syrians want and committed every possible mistake in its internal, regional and international policies, is to pay attention to reality before it is too late.