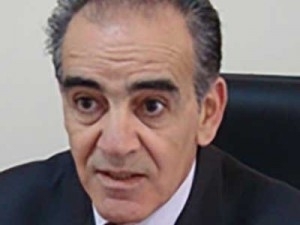 Some of you might remember the first years of WW2, when Russia was in a state of flirtation and dialogue with Hitler's Nazi Germany to reach a peaceful settlement – a settlement pursued by a number of European countries at the time. This was prior to the realization that there was an absence of dialogue, and negotiations with both monsters decided to cancel each other out.

It seems you have forgotten, maybe intentionally, that the criminal regime in Damascus is founded on the same approach; inside the slogan "either Assad or we will burn the country".

You must also have forgotten that Russia does not believe anyone can accept it as a sponsor of any discussion or dialogue between the regime (a gang who considers its fate related to its cause) and the opposition (who should accept the invitation on one condition; to end the Russian occupation of Syria).

The gang of Damascus is a cheap enemy, your basic enemy is your host. Russia guaranteed the regime's declaration it would expedite the delivery of Syria's chemical weapons. It is these weapons Syrians paid for with their blood and tears.

Russia guaranteed the delivery in coordination with its “gods” in Israel and the world mafia to allow the gang of Damascus to continue claiming the lives of Syrians. Your host aborted countless resolutions to stop the killing of Syrians by vetoing the Security Council.

Those Russians are responsible for each additional minute the Damascus gang stays in power. You must know that every bullet, or shell, or rocket that slaughters Syrians comes from the arsenal of those who invite you to Moscow.

Each "victory" message announced by the Syrian regime is edited by Russia and Iran, and whenever the regime find itself in trouble, Putin's gang was its savior.

Did not you ask yourselves why Russians invite you personally to prepare, then consult, then maybe talk? And with whom would you talk? Inevitably, with those who are unable to breathe without the permission of their executioners in Damascus.

You are moving for the right cause: to stop the Syrian tragedy. Is there any honest Syrian who does not want that? But what you are doing compounds the tragedy, it does not stop it. What you're doing is a rehabilitation for the regime to continue its crimes, and the regime cannot continue without the continuation of bloodshed, murder and destruction.

When your host, and the gang he protects, claims a consultative meeting with no preconditions, it means that any subject related to hungry, detained, destroyed, dead, humiliated or displaced Syrians will be considered a condition – and conditions are prohibited. So what do you want to do in the consultation meeting?

To check on the health of Walid al-Muallem ?