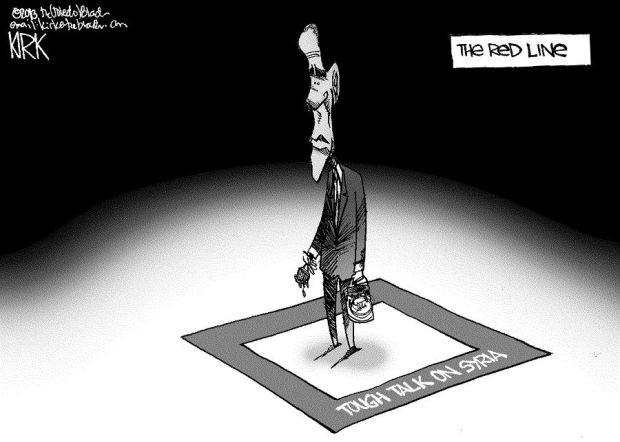 Perhaps the most significant victory that Bashar al-Assad has achieved over the years of the Syrian revolution and the greatest damage to Syria and her people was that Assad turned the revolution into a military conflict. His prolonged use of brute force successfully turned violence and civil war into the only features that define the revolution. Thus the Syrian revolution was severed from the emerging form of revolutions that appeared from 1989 to 1991 in the Central and Eastern Europe; it drifted towards a previous form that existed from 1917 until the end of the Cold War, in which violence was both a blatant means and an end at the same time.

The catch in this is that the Syrian revolution failed to become one of the most formidable cases of revolutions because of the religious extremism of the militant revolutionaries and the culture of our Arab friends for whom modernity and enlightenment do not carry more weight than a fly with clipped wings.

Here, a pattern repeats itself while assuming different names and titles. The Palestinian uprising did not remove those pretending to be friend of Arabs; against the backdrop of Arab sympathy with Nazi Germany came the Soviet’s turn to define the scene. Academics hesitated to make a connection between the Palestinians’ sufferings with the Jewish Holocaust and to consider them as victims of the victims. Afterwards, the Palestinians and the Arabs – alongside dissidents in Russia – cut off their last ties to the new universal thoughts that preach progress whose core values are democracy and anti-totalitarianism. The other side, however, is not free of guilt: it was the Israelis who refused to share the experience of the Jewish Holocaust with the others out of their concern for its exceptional purity and their sole claim of victimhood, while the Palestinians failed to embrace and build upon the lessons of the Jewish Holocaust.

The Syrian revolution witnessed a similar phenomenon that you may be able to recognize. In exchange for worthless armed gangs and political representatives, there has been a universal negligence to embrace the Syrians, even if a no-fly zone were instituted in which Assad’s planes are not allowed to fly and drop barrel bombs.

Indeed, the encounter between the Obama doctrine and the Syrian revolution turned sour for more than one simple reason, and the responsibility for this cannot be assigned exclusively to a single party. Obama has dragged his feet in Syria and is not interested in the Middle East; however, he is different in the U.S. and in the larger world where he wields his influence. Here, he is a progressive president whose progressivism reaches beyond race and religious issues to anti-war ideology, Obamacare, same-sex marriage, the domestic mass incarceration problem, and the end of conflict with Cuba. However, inasmuch as the Arabs are weary of the Obama doctrine, the doctrine is also preoccupied with weariness of the Arabs, especially due to the brunt of America’s experience in Iraq; according to the prevailing narrative, the Arabs have been an exception to the global wave of democratization and their uprisings quickly turned into pure violence.

Regardless of whether Obama on the one side and the Arabs on the other have a refined understanding of each other and detailed knowledge of their politics, this is what happened: the loss of an exemplary opportunity to give Obama a Middle Eastern dimension that matches the other aspects of his policies. It also represents the loss of an opportunity to give the Syrian revolution a universal dimension that is essential to today’s world.