Terrorism was not born in a vacuum; it is rather a product of a sectarian regime that wants to penetrate and destroy the Islamic world by using terrorism, Kilo says 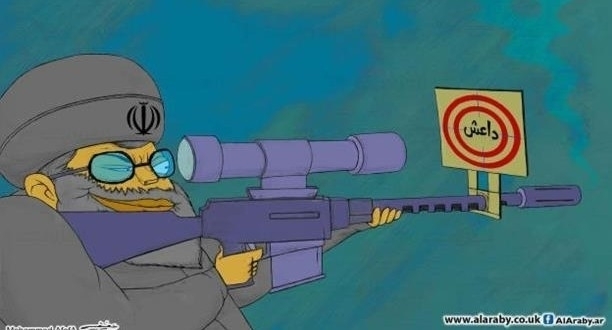 Michel Kilo, a writer and an opposition figure, revealed new information confirming the relationship between Iran and ISIS. In an Al-Araby Al-Jadeed article that explained the shared interest between Iran and ISIS, Kilo stated: “their relationship should not remain in the realm of guesswork and we should not ignore various documents obtained from sources on both sides that demonstrate the benefit Iran has gained from ISIS – which has brought terrorism to a qualitatively different level – after Al-Qaeda received several blows during the previous decade.”

Kilo uncovered an Iranian organization named Malik Bin Ashtar (“Ashtar”) supervised by Al-Quds Force, a special forces unit of Iran’s Revolutionary Guards. According to Kilo, the mission of this organization is to help ISIS carry out operations that aim to destory historical and religious relations between the Shiites and the surrounding communities, and to convince the Shiites of the impossibility of coexisting with the communities; this, in turn, would goad the Shiites to request assistance from Iran against the communities.

Kilo said that Ashtar helps ISIS to penetrate Saudi Arabia and Bahrain, and hit Shiite mosques inside these countries in order to create the conditions conducive to recruiting the Shiites there and alienate them from the rest of society.

Kilo confirmed that there is Ashtar coordination with ISIS on specific issues; in Iraq, Iran wants to erase the Iraqi national identity of the Sunni and to show ISIS as their only political representative.

Kilo concluded that terrorism was not born in a vacuum; it is rather a product of a sectarian regime that wants to penetrate and destroy the Islamic world by using terrorism.